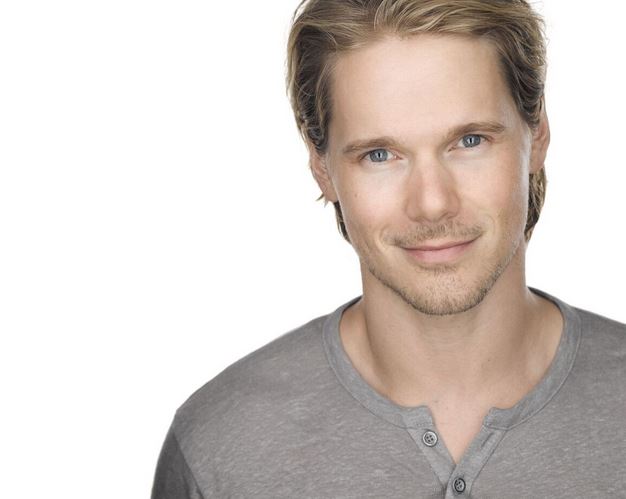 Michael, please tell us how you got involved in “The Tribe?”

Michael: I got involved in “The Tribe” through an audition. My manager sent me the appointment; I read the script and really felt a connection with the character of Ryan, so I went in and read. Then I went in for a callback where I had to read with Jessica Rothe who wound up playing Jenny. I didn’t hear back for a while, so I was really bummed — the script and the role were that rare connection you get as an actor where you’re like “I have to do this, this means something to me, I can learn something from this story and this character!”. Luckily, it all worked out in the end.

What was it like for you working with director Roxy Shih?

Michael: It was so much fun and so inspiring. Roxy and I are both film nerds, so we had that in common right away. She made me feel really comfortable to take some risks and show all the vulnerable sides Ryan has, as well as his secretive and dangerous sides. I could never say enough great things about Roxy; she keeps the set very light and fun, but also very focused, which is a tough juggling act. 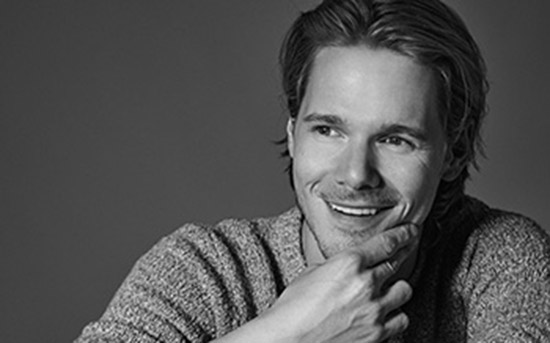 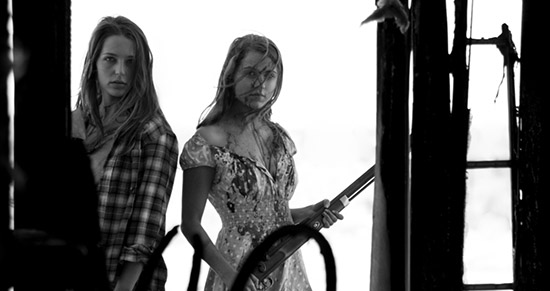 Did you do anything special to prepare to play Ryan?

Michael: I always read books that are in the same vein of whatever I’m doing while I film. I read Cormac McCarthy’s ‘The Road’ prior to filming to get into that survivalist, all-is-lost mentality all the characters in “The Tribe” have. I watched the movie too and other similarly themed post-apocalyptic movies. I also did a huge amount of research into cults, thought-reform and brainwashing. Without giving away spoilers, Ryan’s sort of a victim of falling into a tribe of survivors who have a very appealing and very convincing philosophy of how the world works and how the world moves forward after this catastrophic event has occurred. I wanted to know how that happens, what someone’s brain is like going into that, and how they can be manipulated by the right kind of strong personality.

Michael: They were all so different and all wonderful. We worked long days in the desert that were either incredibly hot or absolutely freezing – so you kind of bond in these situations and lean on one another. Jessica Rothe is one of the most meticulous actors I’ve worked with – she digs deep into the script, always knows where you’re at in the story, and isn’t afraid to ask tough questions that usually wind up elevating the material and everyone’s performances. Anne Winters has a really fun, lose, almost improvisational approach to everything that was really refreshing and fun to play against. Cokey Falkow was just this awesome, hilarious dude off camera while on camera he was intimidating and powerful. It was cool learning from all of them. Chloe Jones, JLouis Mills and Mike Foy were awesome to be around as well. 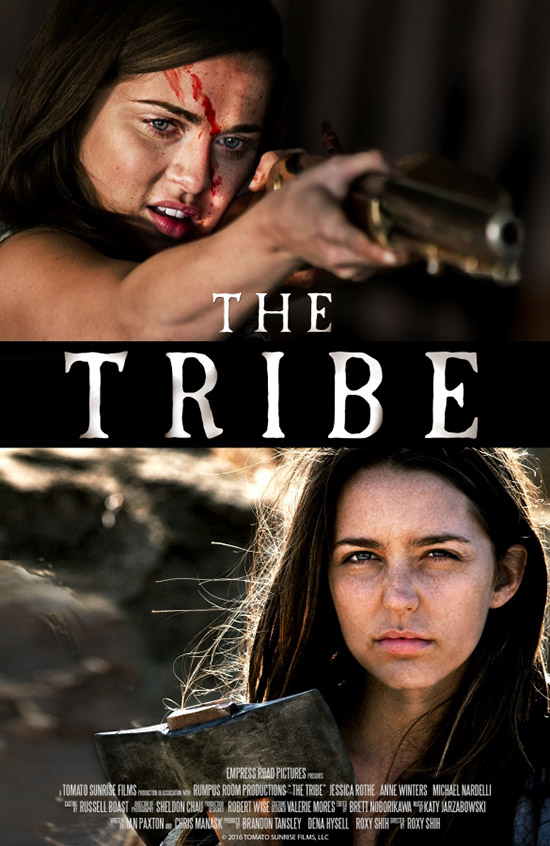 The film has a cool, relaxed creepiness to it. Do you feel it is scarier when it is people involved rather than just monsters (vampires, ghost etc.?)

Michael: I do. Because it’s real. This movie, I think, is pretty accurate in depicting what humans would be like in a lawless, post-apocalyptic world where survival comes first. I’m fascinated by it. We have all these rules and laws right now that basically reign in our darker temptations and violent tendencies, but I think we see more and more it only takes a few nudges to push people over the edge. In a world like the one we see in “The Tribe”, there’s no laws and only constant nudges. I tell people the film is like “The Walking Dead” minus the zombies. And for me, the most interesting thing about “The Walking Dead” is the intersections of different personalities and philosophies amongst the survivors. The zombies are kind of the window dressing that takes me from point A to B. In “The Tribe”, you see that humans really are capable of the most horrific things, and how quickly all the rules go out the window. It’s a cautionary tale, I think, for the time we’re living in, where there’s lots of barking, but not a lot of listening.

You have done a few other horror-related films. Did you grow up watching horror movies?

Michael: Sure did! I love horror as a genre, and all the subgenres within it. There’s sort of that jump scare/slasher horror where you see it in a theater and everybody laughs after they jump in their seat at a scare. I mean that’s an awesome communal experience. Then there’s the more psychological, realist horror like “Rosemary’s Baby” or even “The Tribe”, which hits a bit closer to home and usually leaves you a bit unsettled. I love that. Horror that makes you think, that reflects the human horrors we’re dealing with every day in a supernatural way. That’s great. I grew up on your “Friday The 13th”, “Nightmare on Elm Street” stuff and eventually graduated to the more cerebral horror stuff. 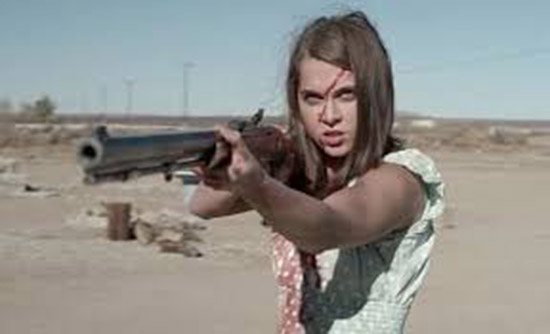 What do you want to say to the fans/audiences that will be watching THE TRIBE?

Michael: I hope they’ll give it a chance! There’s a lot out there to choose from these days, so I definitely appreciate anyone who spends their time watching our movie and I love engaging with fans of the stuff I’ve been in on social media. I can tell you “The Tribe” was a true indie, labor-of-love project from everyone involved — very different from sort of a big blockbuster processed out of a studio with a lot of money spent on it with the sole goal of making a lot of money back on it. So, I hope people will support all the artists who worked hard to tell the story of “The Tribe”. And I hope people can appreciate that in this case it’s not a slasher horror thing; As fun as those are, “The Tribe” has a bit more on its mind in terms of the world we’re living in and how dark humanity can really get.

You also worked on the award winning “The People v O.J. Simpson: American Crime Story”. What was it like working on such a high profile, real life based project?

Michael: Working on “OJ” was surreal. I grew up watching that freeway chase when I was a little kid living in Erie, PA. Los Angeles and all the stuff that went along with it seemed like a far-off fantasy world. To suddenly be on a set, on a shutdown freeway with cars and extras and everything built to resemble the news footage I watched as a kid, was just so surreal. It was a big intimidating day, but Ryan Murphy (who directed the episode) was so nice and inviting. I got to hang out with him in what was basically his mobile production office while they filmed stuff. It was cool meeting and working with Cuba Gooding Jr as well, and Malcolm-Jamal Warner I actually already knew from acting class – so it was a pleasant surprise to find him on set that day playing Al Cowlings.

Michael: I created a series called “Dark/Web” that we just wrapped production on. I act in the series and also co-created it with Mario Miscione (“Circle”) and my brother, Tim Nardelli. I co-wrote most of it with Mario, directed an episode, and helped produce every frame of it. So, for better or worse, it’s my baby. It’s an anthology show that deals with the horrors of a world that’s always on, always connected. If that sounds familiar it should, that’s the world we’re living in! I was definitely influenced by “The Twilight Zone” growing up. So, “Dark/Web” is in that vein: using genre, horror, sci-fi, fantasy etc. to talk about important things we’re dealing with right now. It’s been a thrill putting it together and I’m anxious for everyone to see it and hope they don’t hate it! 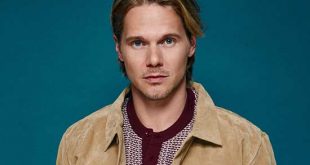 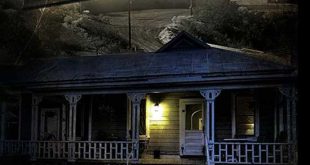 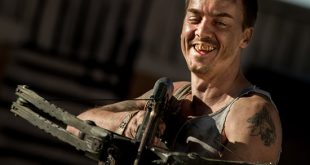