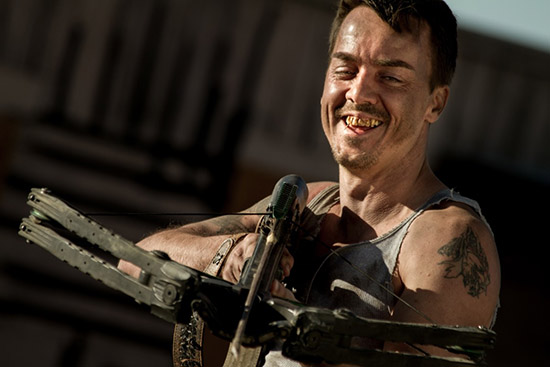 Terrors Films has locked in a U.S. release date for, The Tribe. The first phase of the release will begin on Friday, February 10th and the film will be available on: iTunes, Amazon Instant, Google Play/YouTube, Vudu, Xbox Live, Sony PlayStation and Vimeo on Demand. The official poster and trailer will also debut several days prior to the film’s February 10th release date; but, Terror Films has provided a sneak peek into the opening scene of the film titled, “Unwelcome Visitor.”

Terror Films plans to expand the release in the coming months on platforms such as Netflix, Amazon Prime, Hulu, Roku, I Bleed Indie, Cable VOD and DVD retailers. Those dates will be announced once they have secured placement.

The film centers on a family of three young sisters played by: Jessica Rothe (Mary + Jane, La La Land), Anne Winters (Tyrant), and Chloe Beth Jones. The sisters live out their days, after a pandemic has consumed most of the known world. One day a stranger, played by Michael Nardelli (The Collection, Revenge), suddenly shows up and their world changes in ways they never could have imagined.

The film marks the feature directorial debut of Roxy Shih (Dark Web). She also produced the film along side Dena Hysell and Brandon Tansley. The Tribe has won multiple awards, including: the Best Debut Feature at the Toronto Female Eye Film Festival, Best Feature at the St Tropez International Film Festival and Best Feature Director at the Other Worlds Austin SciFi Film Festival. The film will make its Los Angeles theatrical premiere at the LA Women’s International Film Festival, which is taking place March 23rd-26th at the Regal Cinema 14 at LA LIVE in downtown. 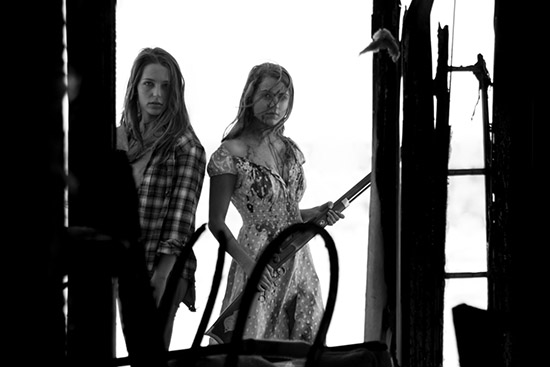 The Official Poster and Trailer will debut several days prior to the film’s February 10th release date but Terror Films has provided a sneak peek into the opening scene of the film.

For more information on Terror Films, go to: www.terrorfilms.net