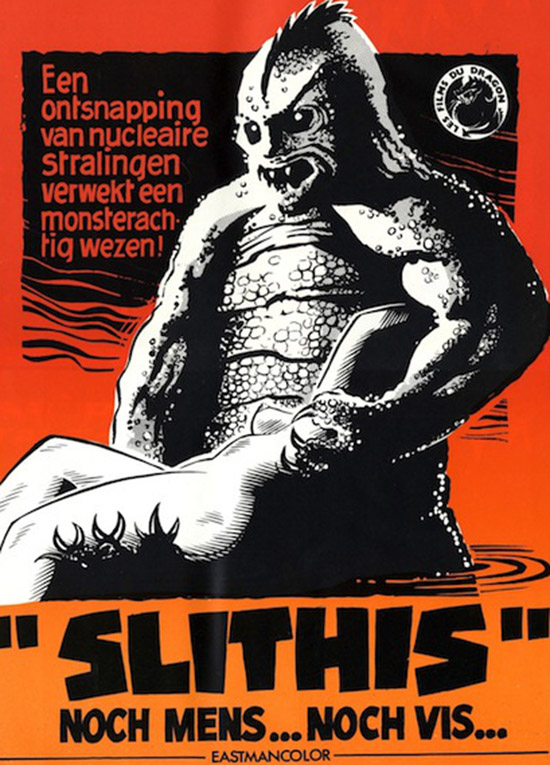 A vicious creature emerges from the canals of Venice California preying on dogs before graduating to human victims. A curious high school journalism teacher investigates the gruesome murders, discovering evidence that the beast is the product of nuclear radiation leaking from a nearby plant. He teams up with a local fisherman, and the intrepid duo set out to destroy the monster they call… Slithis.

The 1950’s were the golden age of man-in-a-rubber-suit monster movies, spawning classics like the Creature From the Black Lagoon. At the other end of the spectrum were cut-rate terrors like The Slime People and The Creature of Destruction where the monsters were obviously just repurposed wetsuits with visible zippers. I spent my childhood happily hypnotized by these flicks on WNEW’s Creature Features. Director Stephen Traxler must also have done time in front of late night TV because his 1978 debut featuring SPAWN OF THE SLITHIS is a love note to those latex monsters of yore. 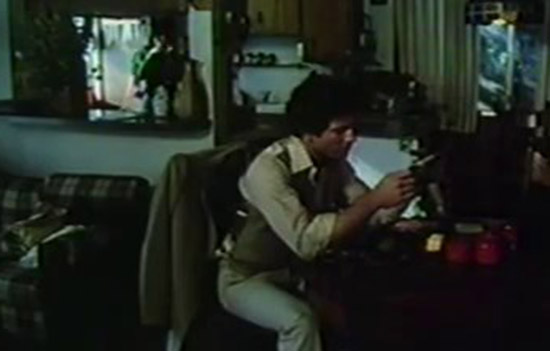 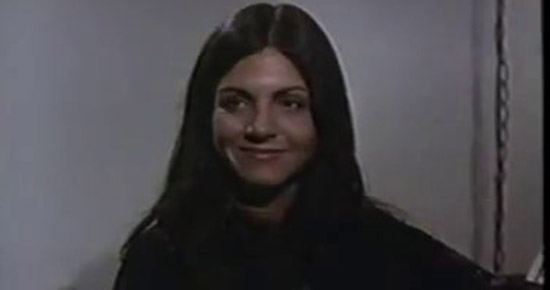 The best part of Traxler’s film is its terrific looking monster, courtesy of artist Catherine Deeter. It’s rare when a low budget monster costume is good enough for extended on camera scrutiny and the film’s biggest flaw is that the creature doesn’t get enough screen time.

But we get more than enough of high school journalism teacher Wayne Connors’ (Alan Blanchard) who’s investigating a series of murders in Venice California. In fact, we see every detail of his amateur sleuthing… the endless phone calls, long discussions with experts, followed by recaps of said discussions with his wife even if she was with him for the initial discussion. Much of this exposition is played out in long unbroken master shots, so each overly theatrical pause and flubbed line is captured forever. In Traxler’s defense, he had a minuscule budget back in the days when 35MM film cost roughly $22 a minute in 1978 dollars (raw stock plus developing cost about 25 cents a foot times 90 feet per minute). So reshooting a long scene could cost almost a week’s pay for someone like, say… a high school journalism teacher.

Spawn of the Slithis was also Traxler’s screenwriting debut, and his script desperately needed editing. Plot points like the police claiming the murders are satanic rituals get mentioned briefly and then vanish forever. Other scenes feel like classic horror movie setups that inexplicably go nowhere. Like when Connors and his newfound fisherman friend (Chris Alexander) set out on a boat to take water samples near the nuclear plant. You just know that they’ll encounter the monster, or that a dead body will pop up out of nowhere, or they’ll be threatened by armed power plant thugs covering up their ecological crimes. But, alas, they just spend ten minutes getting water samples and go home. 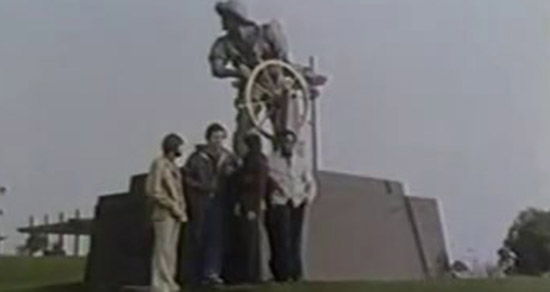 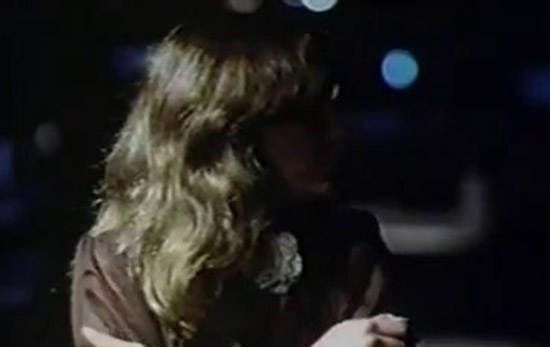 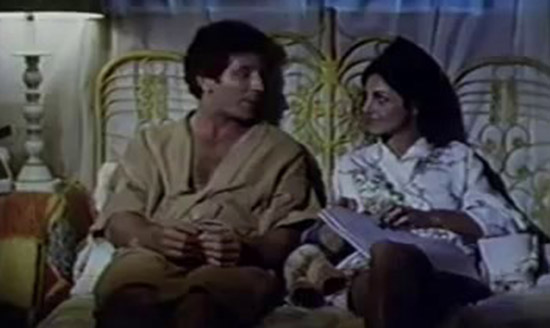 But the script offers some priceless moments like when Connors gets tough with a homeless man, “You can talk to me or you can talk to the police,” even though he’s only a high school teacher. There’s also a painfully long scene involving a middle-aged guy (Steven J. Hoag) picking up an eighteen-year-old girl at a turtle race (I’m serious) and coaxing her back to his houseboat bachelor pad. The guy is sleazy on a Ron Jeremy scale… so, of course, he’s played by one of the producers. The Slithis mercifully pops up and slaughters the couple, saving her from a carnal fate worse than death.

Wading through all the exposition finally pays off when Connor meets detective Jack Dunn, played by the incomparable Hy Pyke. Horror fans may remember Pyke from 1973’s Lemora: A Child’s Tale of the Supernatural where he stole the show as a sweaty, muttering bus driver. Pyke’s high-energy insanity suited Lemora’s surreal atmosphere perfectly. In Slithis, despite playing a rational police detective, his performance is just as manic. He’s like some meth-crazed pirate who snuck into a cop shop and plopped down behind an empty desk. It’s completely inappropriate and absolutely fantastic- pure cinematic serotonin. After Pyke’s scene, Spawn of the Slithis picks up steam leading to a decently staged final battle between man and monster.

My verdict on Spawn of the Slithis is that if you have an affection for old-school rubber suit monsters, and appreciate seventies homegrown cinema you’ll get a kick out of it. Slithis might even inspire you to dig out that old wetsuit you’ve got stashed in the garage, buy some liquid latex and make your own rubber monster. If you crave more traditional cinematic qualities like… quality, you’re going to hate Slithis. 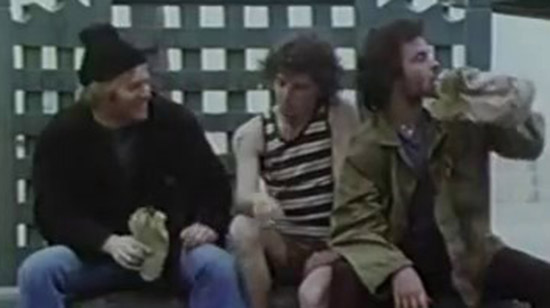 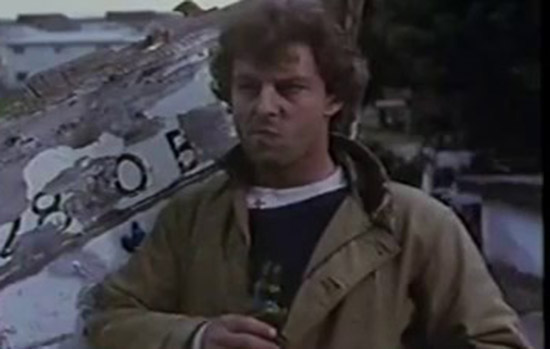 To wrap things up here are some Spawn of the Slithis fun facts that will make you the life of any party.

Believe it or not, Spawn of the Slithis was released theatrically with some nice PT Barnum style ballyhoo. It was distributed regionally, with a few prints shuttled to and from each small town venue. The director traveled with it, appearing on news shows, local talk shows and even farm reports spreading the good word. Ticket buyers were even given a free Slithis survival kit. The kit encouraged them to join the Slithis fan club because Slithis wouldn’t dare kill its registered fans. Join or die… now that’s showmanship!

Director Stephen Traxler is an interesting character. He served with great distinction in Vietnam during the war’s worst years before returning home with a box of medals and a burning desire to make films. After Spawn of the Slithis his directorial career stalled, but he worked his way up the film industry ladder, eventually becoming production supervisor on big budget movies like Waterworld and Windtalkers as well as co-producing Legally Blonde. A lengthy interview in Stephen Thrower’s amazing book Nightmare USA reveals a guy who still truly, madly and deeply loves monster movies.

Hy Pyke continued chewing up the scenery in indie films and even a few studio pictures like Blade Runner until he passed away in 2006. I like to think he just spontaneously combusted on a film set in mid-scene, creating his own Viking funeral.

Now I’m going out to the garage to get started on my own rubber monster suit. I’m naming it Hy-Pyke-A-Saurus, and it will be manic.