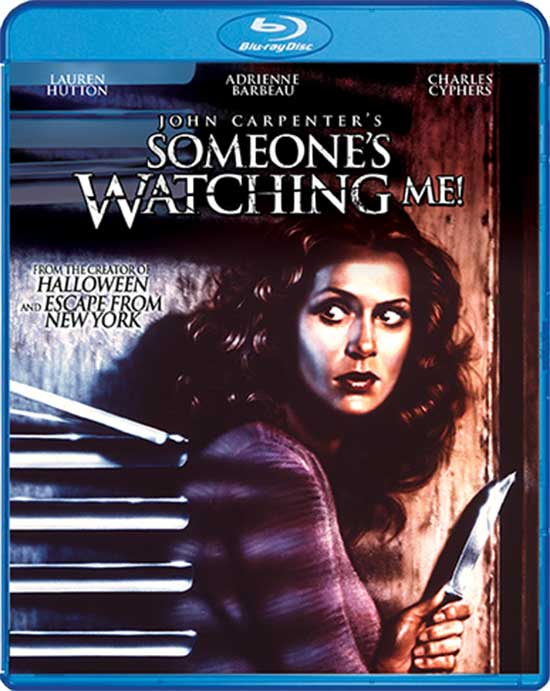 A woman is terrorized by an unknown stalker and must take matters into her own hands when the police refuse to do anything to stop him.

Strangely enough I had never even heard of Someone’s Watching Me! until I watched it recently (which is odd because John Carpenter wrote and directed it and I am a huge Carpenter fan). Apparently, it was a made-for-TV movie back that aired back in the late 70’s and after doing a little research on it I discovered that it is considered the lost Carpenter film. I went into it with pretty high hopes and am happy to say that I wasn’t let down in the very least as I thought that it was a kick ass little suspense/thriller that didn’t disappoint. 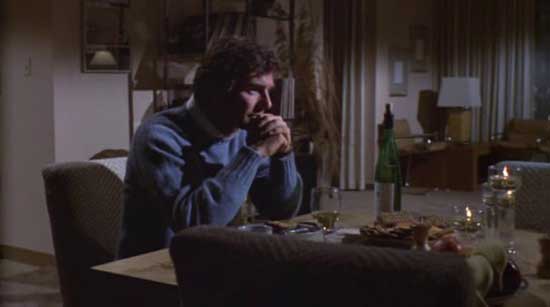 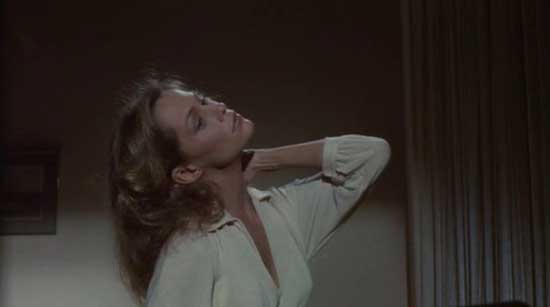 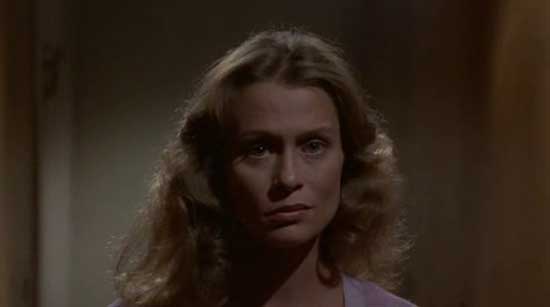 The plot is simple enough, but it works. A woman named Leigh (played to perfection by Lauren Hutton) discovers that someone is watching her, and it isn’t long before the mysterious person starts sending her a number of gifts. Before you know it, the person starts getting more and more violent and begins sending her disturbing letters threatening to kill her. She goes to the police (naturally) after receiving several of these letters and menacing phone calls, but they don’t do anything because she hasn’t been attacked or anything by the person.

Once she realizes that the local authorities really aren’t going to help her she decides that she’s on her own and must take matters into her own hands. I don’t really want to say anything more because I don’t want to ruin things for anyone, but let’s just say that things get mighty interesting mighty fast as she engages her stalker in a deadly game of cat and mouse. 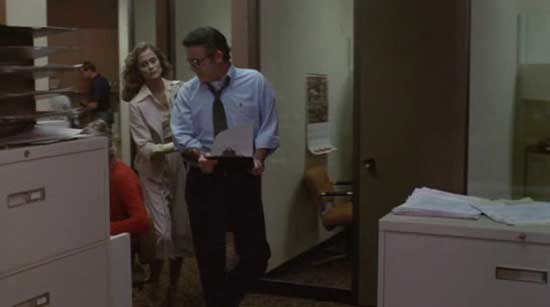 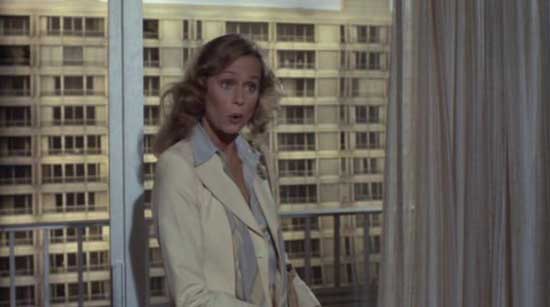 Without a doubt this movie is heavily influenced by Hitchcock and is an awesome love letter to the legendary director. There are so many similarities between Someone’s Watching Me! and many of Hitchcock’s movies that if you didn’t know any better you would swear that Hitchcock himself was behind it as opposed to Carpenter. It is suspenseful as hell and there are moments that are genuinely unsettling that I am sure that it probably creeped a lot of viewers out that watched it when it originally aired back in the day. Carpenter proves what a talented director/screenwriter he is with this film and the results are nothing short of amazing.  If you are into suspense/thrillers that will keep you on the edge of your seat, then you absolutely must watch this movie. 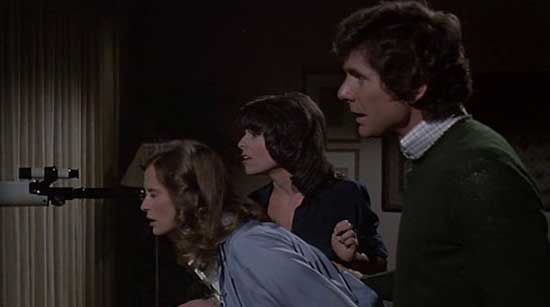 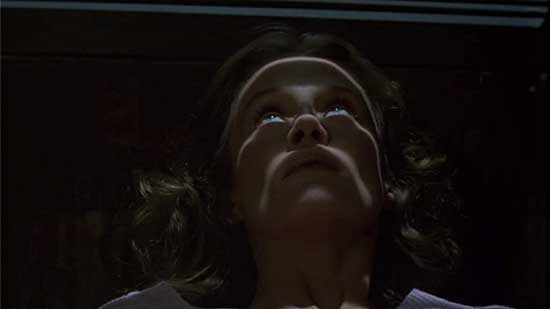 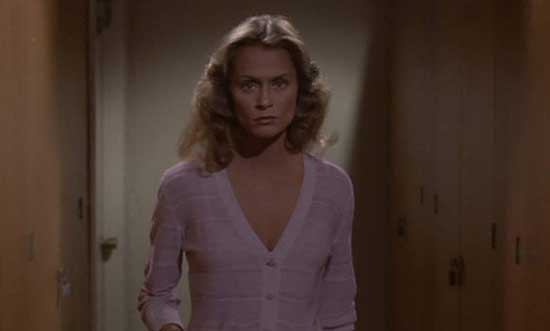 The cast is quite terrific too. As I mentioned earlier, Lauren Hutton rocks as Leigh and is just a likeable character in general. You can’t help but feel for her as she goes through hell at the hands of the antagonist and I am sure that a lot of viewers that have gone through similar stalking experiences can totally relate to what she is forced to go through during the course of the film. I also thought that Adrienne Barbeau (one of my dad’s favorites) was awesome as well as usual as Leigh’s friend Sophie and in some ways, I think I actually liked her just a tad more than the main character. David Birney is great as the love interest Paul, and basically everyone else in the movie did a bang-up job as I don’t recall a bad performance by anyone. 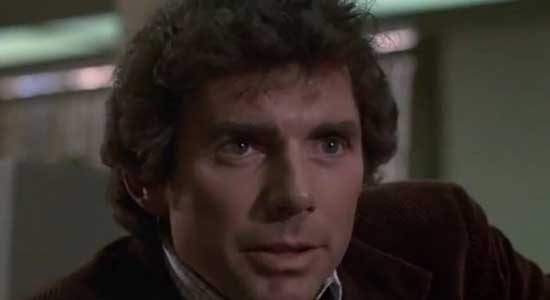 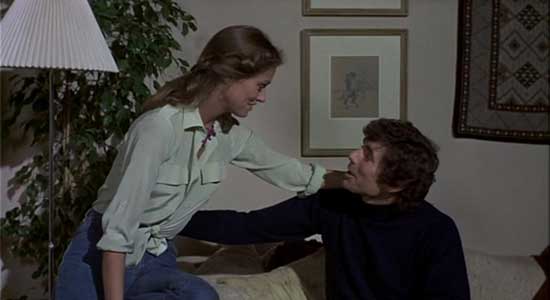 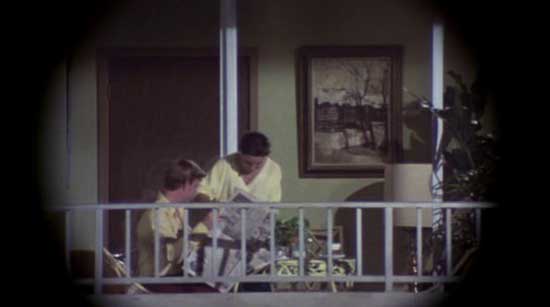 I really enjoyed Someone’s Watching Me! and thought that was a real winner (I still can’t believe I hadn’t heard of it-or seen it-until now). I loved the fact that Carpenter sort of went the Jaws route and didn’t really show that much of the stalker until toward the end as it made him a hell of a lot creepier and disturbing. If you are in the mood for a well-written/directed thriller with a great cast, that is suspenseful then do yourself a huge favor and check this movie out as soon as you can. You can thank me later.

Someone’s Watching Me! is now available on bluray per Shout Factory