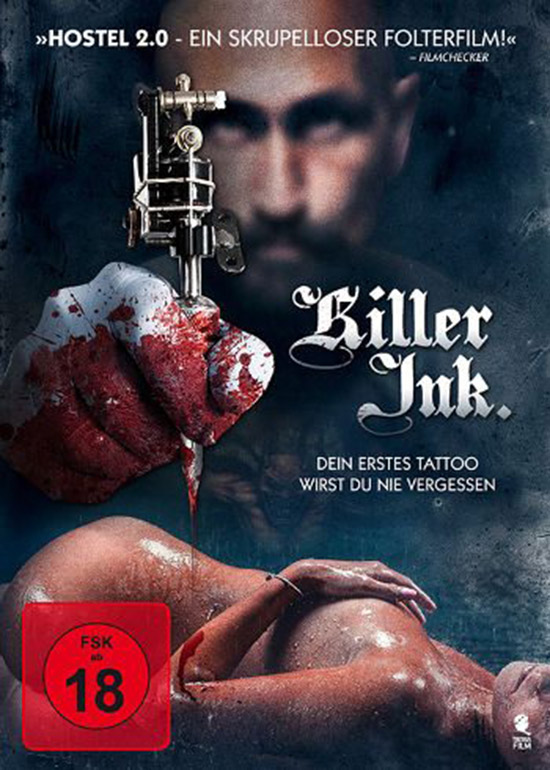 A group of irritating teenagers travel to the top vacation spot in the world, Vilnius, Lithuania. After a night of dancing awkwardly at a nightclub they fall victim to a tattoo artist and his apprentice. Proving there’s more than one way to skin vaguely attractive white people, the artist uses their flesh as a canvas for his sacred art.

Killer Ink, also known as Anarchy Parlor, is subpar torture p*rn whose gimmick seems to be that it was shot on location in Lithuania. As far as the chief element of a torture p*rn film, that being the torture, it’s quite tame.

The film focuses more on the p*rn side of things, including an emphasis on the female victims and the tattoo apprentice Uta, played by Sara Fabel. Unfortunately, in the age of internet p*rnography the sight of boobs isn’t so much a thrill and doesn’t help the boorish script and ridiculously poor acting.
The plot for what it’s worth is standard fare for this subgenre. A group of awful teenagers portrayed by various bad actors are on vacation in Lithuania to celebrate graduation. While out clubbing a young alternatively dressed woman accosts one of the men, sexy accosts, which the man enjoys. The strapping fellow, named Brock is invited back to the tattoo shop for which she is an apprentice. Amy, one of the other girls, accompanies them because she wants to get a tattoo from a back alley Lithuanian tattoo shop. This is the level of character logic that runs throughout the movie.

Once there, they meet the mysterious Robert LaSardo, as ‘the Artist.’ Robert LaSardo is a veteran character actor with over a hundred credits to his name. 95% of the roles he’s played have something to do with his vaguely menacing appearance of full body tattoos, goatee, and shaved head. He does the best he can with what the screenwriting duo of Devon Downs, and Kenny Gage have provided him, which is nothing. ‘The Artist’s’ dialogue with the films’ closest thing to a heroine Amy, is especially cringe-worthy. Her acting can be described as someone who has a nondescript CW level of attractiveness, but the line delivery of someone having just discovered how to speak out loud.

The tattoo shop is just a front for ‘the Artist’s’ torture chamber where his endgame is removing large pieces of skin to us as canvas. It appears as Lithuania could really use an A.C. Moore. The next day, after a lazy morning of bad dialogue and nudity to try and cover it up, the group realizes their friends are missing and set out to find them. There are several remaining ‘twists’ but to mention them would be spoiling the film.

Not that this would ever be a worthwhile investment of time. Even those remaining twists are so dumb as to act less like tension heightening and more like plot holes. Artistic license would allow for some serendipitous happenings to be explained away, but after a tattoo is removed from a character it is hanging on the wall the next morning which furthers the plot. Aside from not being sure of the practical aspects of framing human flesh, any supposedly smart killer would wait a day or two. Put it in a drawer for a few months. 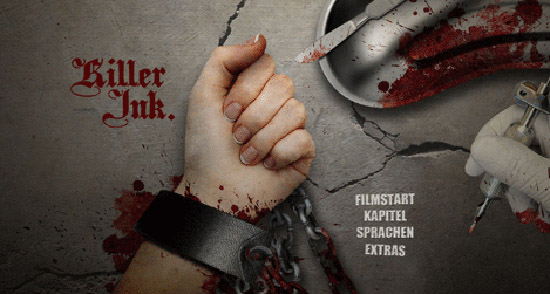 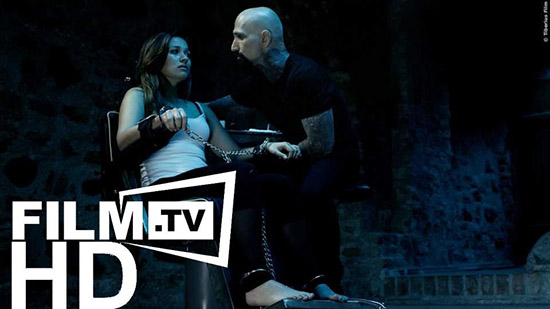 This movie might appeal to a repressed 13-year old boy from the Midwest. Not many beyond that would be so excited by the idea of naked ladies and some violence. If a viewer falls outside of that slim demographic, the majority of Killer Ink will have been forgotten by the time the movie ends. Nothing of substance contained within. Much like the bulk of tattoos on the average person, it has no meaning or emotional substance. It’s place filler.