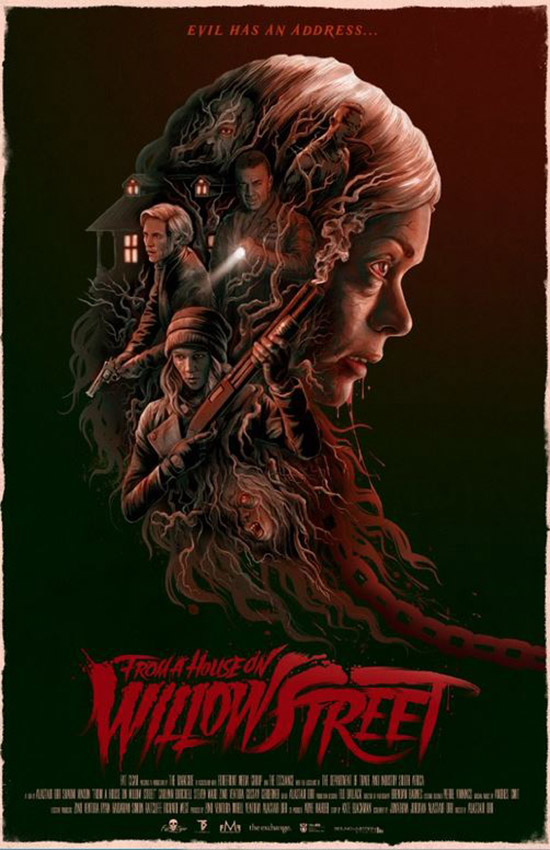 After a young woman is kidnapped, her captors soon come to realize that in fact they may be the ones in danger and this young woman has a dark secret inside her.

Stories centering on exorcisms tend to fall in the same category as shark movies, where there’s one movie that handles the subject matter so well that other movies tackling the same concept seems to just be a pale copy of the original. While some flicks try to add something original to the premise, they rarely escape the shadow of those films. When you watch a shark movie, do you constantly find yourself thinking of Jaws? When watching a movie about someone being possessed by some unearthly force, don’t you start remembering the Exorcist? In his latest film, director Alistair Orr tackles the concept of possession from a different angle than we’ve seen before. However, is the originality enough to save it from being just another movie lost in the Exorcist’s shadow? 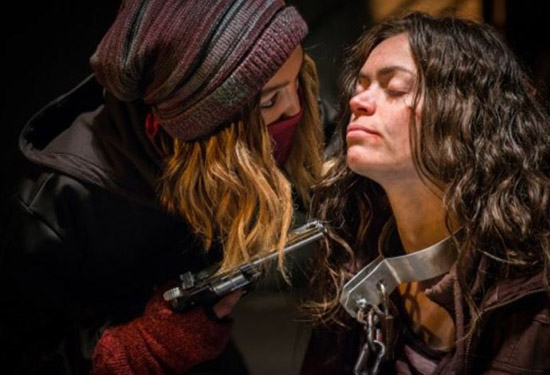 The House on Willow Street follows Hazel (Sharni Vinson) and her small band of criminals as they kidnap a young woman named Katherine (Carlyn Burchell). Katherine’s father is some kind of diamond baron who has a rather dark history, and Hazel’s crew are hoping to get a healthy ransom from him. However, as soon as they get their hands on Katherine things seem off. The security to the house has been shut off, and Katherine shows signs of having been beat up a little. They still take the young woman, but soon begin to regret their decision shortly after they arrive at their headquarters. Each one of the kidnappers starts seeing visions of their worst fear. It doesn’t take long for them to realize the source of this supernatural phenomenon is Katherine, who has been possessed by a demon looking for a few souls to steal. 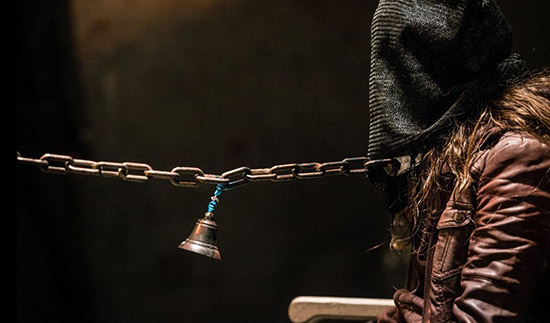 I have to give this movie some props for taking a fresh approach to the possession concept. Instead of the movie ultimately leading up to an exorcism like a dozen other films have done, it melds the concept with a crime drama. These are not people who know the first thing about exorcisms, or how to deal with demonic possession. Due to the fact that they’re in the middle of a kidnapping, they’re not a position to go out looking for a priest to help them.. The characters’ only option may be to kill their hostage to save their lives. Unfortunately for them, that becomes increasingly difficult as the demon gains more control over Katherine’s body.

Another thing that’s interesting is the fact that our protagonists are criminals. This can make the characters harder to sympathize with. However, the film does a fine job of showing you enough of their personalities that you do care about them, especially Hazel. Sharni Vinson’s portrayal, as well as the script and direction, shows you a person that seems like a relatively decent person who’s making a very bad decision. We’re shown that she’s damaged both physically and mentally due to a tragedy, which makes it that much easier to side with her when the poop hits the fan. 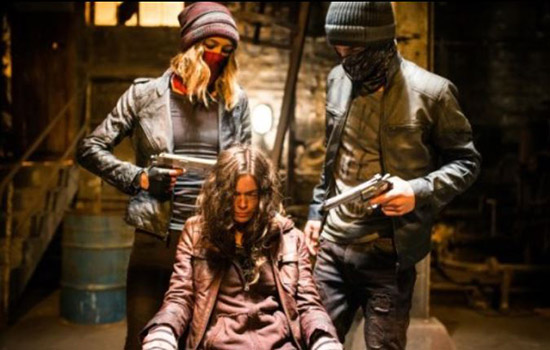 Rounding out the positives are some decent performances and some fun gore gags. Under Orr’s solid direction, coupled with some good cinematography, a great claustrophobic and creepy mood is created. The characters’ hideout, which is where the majority of the movie takes place, looks wonderfully grimy and dirty. It looks like the place a bunch of lowlifes would use as a base of operations. 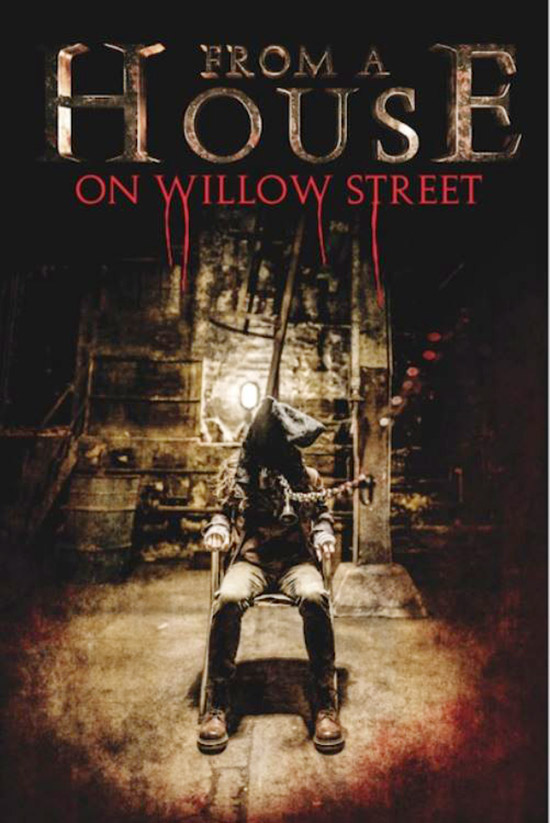 While we have the melding of genres in the film, it becomes too predictable after a while. It pretty much turns into a haunted house type movie with the same tired jump scare tactics we’ve seen a million times before. There’s also some shoddy looking CGI in the movie’s climax that definitely took me out of the movie. The final battle with the demon had elements that came out of left-field, which only made it fall flat after everything was said and done. 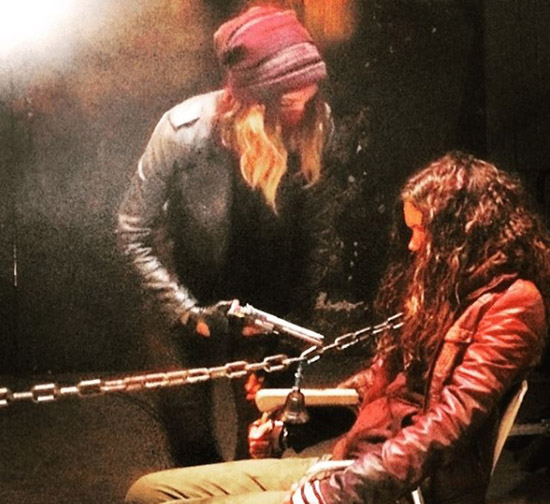 In my final analysis, this movie does an interesting job of approaching the tired possession genre in a fresh way but sadly become too predictable. That doesn’t mean there aren’t redeeming qualities, there definitely are. However, this is still a movie I can’t recommend.