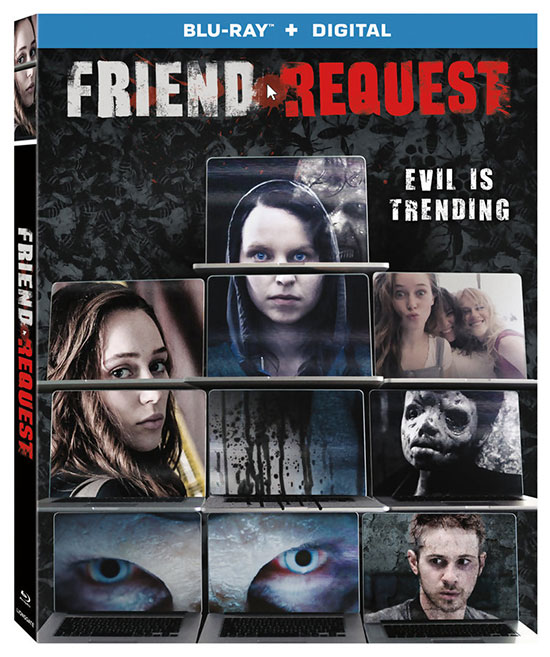 Marina, a lonely young woman commits suicide when brushed off one night by the only person to accept her friend request on Facebook, Laura. Soon after, the girl comes back as a vengeful spirit stalking Laura and her closest friends.

Laura decides to accept the request after noting that Marina has no “friends” in her list. After she and her friends check out the girl’s page they find increasingly dark and disturbing art. This creeps Laura’s out, but she is not dissuaded from at least having a mild acquaintanceship with the young lady. But, by accepting the friend request Marina feels that she is automatically one of Laura’s best friends and part of their circle. When she is brushed off from attending her new friend’s birthday, Marina flips out, causing a scene at school. She then commits suicide on camera by hanging and burning herself. Somehow this is posted online. The video is pulled as quickly as possible from the internet.

Soon after the video is shared through Laura’s Facebook page causing some of her friends to drop her from their lists. She didn’t do it and tries to remove it from her page, but can’t.  Kobe (Connor Paolo, Stake Land) comes to her aid due to his tech savy. He finds that the code on her page has been infected by some cryptic rune-like writing. This writing seems to be in control of the page and its contents. As some of her friends start dying, a video of each of their deaths is shared through her page. More people drop her from their lists.

In time, she and the rest realize that it’s Marina somehow is doing this. Laura ends up receiving a direct message from her stating that it is her intent to cause Laura to lose all her friends and know how it feels to be alone. 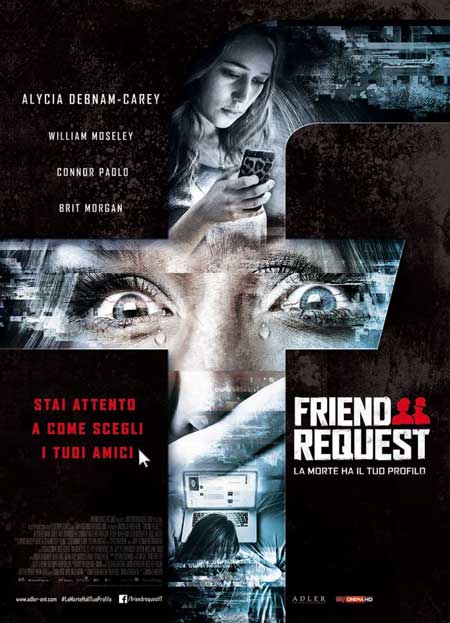 Surprisingly, there doesn’t seem to be very many social media horror flicks. Besides, Friend Request, the most recent that comes to mind is the very satisfying Unfriended. In a time when world culture is dominated by social media, you would think there would be much more. Horror usually does reflect the time in which it is made and I’ve only found a small handful of movies that make use of the subject. Unfriended dealt with a vengeful spirit of a girl who was humiliated by a video that was circulated through social media. Friend Request has a similar premise, but, must like its title, goes for an opposing route. 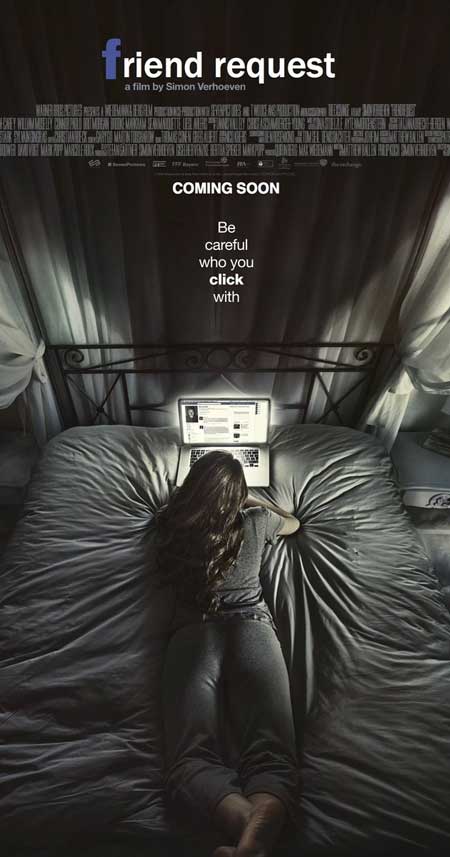 I’m no expert on the subject, but I think the figure of the “creepy loner” in horror can be traced back to Psycho (1960). Alfred Hitchcock’s film lead to a slew of films with that type of character, examples include Willard (1971) and, even the science fiction flick, Silent Running (1972). But, the case can be made that Dracula and the Frankenstein’s Monster are loners. I would disqualify Drac from this list, but, let’s face it, he’s an old guy who collects dead women and keeps them in his basement. I’m sure there’s many serial killers that fit that description. In time, though, the Monster did start to hang out with another creepy loner in the third Universal picture in their series, Son of Frankenstein (1939). In regard to Friend Request, this type of loner has more in common with maybe the title character in Carrie with a mix of the antagonists in Play Misty For Me (1971) and Fatal Attraction (1987). 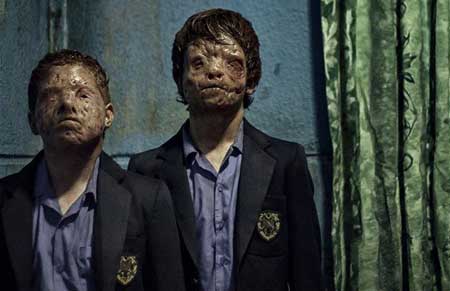 But, it can’t be overstated, that, even though Friend Request is a decent enough horror thriller with an passable story and some very good set pieces, it’s not in the same league as any of the other films listed above. I liked it, but not that much. This is good for a one time viewing only.

Friend Request is now available on bluray per Lionsgate