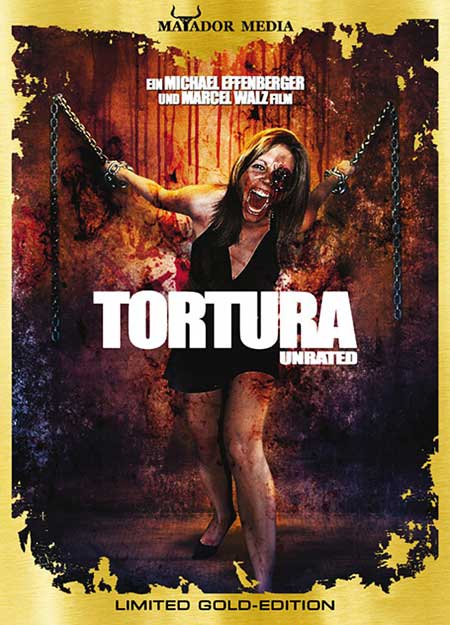 Munich – a city full of life – A young woman gets out of the dark dungeon from underground. Her body was covered with wounds and ulcers. Story she told the police seems really incredible. It appears that in the dirty slums, abandoned underground subways, live rogue cannibals, sadists who built there own little world, far away from civilization. Their next victims – three girls returning from a night club.

Tortura is a film written by Marcel Walz (La Petite Mort, Seed 2, and the brand new Blood Feast remake) and co-directed by Walz and Michael Effenberger (La Isla, Infekt, and Seekers). Unfortunately, as happens with so many low-budget, independently made German horror films, this one has no English subtitles. Luckily, while we will no doubt miss some important details given through the dialogue, I think most of the plot is still understandable even if we don’t speak or understand German. 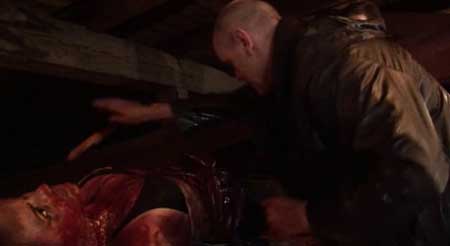 With this film, we start near the end – a woman (Anna), bloody and beaten, stumbles through a train station, apparently having just escaped something or someone. Cut to her being interviewed by a detective at the police station. In a quick flash, we see that she remembers being held by a group of people, and so she tells her story, meaning most of the film is a flashback to events that have just recently happened. 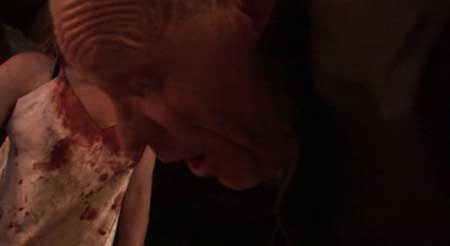 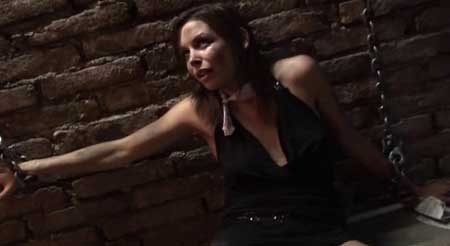 A guy and three model-looking girls pull into a parking lot on their way to a night out at a club. A homeless man asks for some change, and the guy is very rude to him, embarrassing the girls. Once the group gets to the club, some drinks are had, but the night is hardly fun. Anna is upset, and when one of the others comforts her, the guy gets furious. He yells at Anna and hits her, and she runs away.

The guy chases after, but gets jumped outside. Soon the other girls find Anna, and decide to call it a night and just take the train home. They are soon chased by the homeless guy from earlier, and after a game of cat and mouse, the three are captured and chained up in a room. Little do the girls know, the guy had been taken to this same place earlier and sliced up, chopped up, and torn up. The large group of people, including the homeless man, are what we can guess must be cannibals, as they begin to eat parts of their victim. 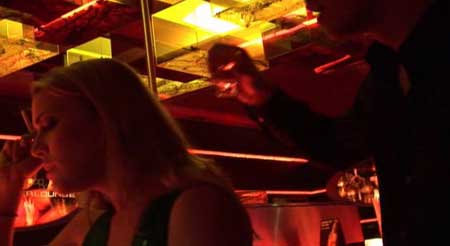 There is a lot of blood and gore in Tortura, with the effects handled competently by Tanja Effenberger. There is also a lot of brutality and violence, as we see the three captured girls one by one tortured and beaten by the group of crazy cannibals. Fingers are severed, a nipple is bitten off, and various limbs and body parts are chopped off and used not only as snacks but also as implements of psychological torture – I would imagine it is uncomfortable enough to be tied to a chair and threatened by a gang of people who want to kill you, but it gets much worse when they start shoving your friend’s intestines into your mouth too. And that’s not even the worst of it. 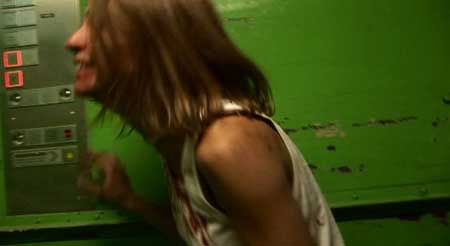 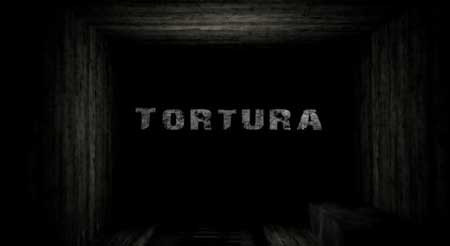 Tortura falls somewhere between Hostel and Last House on the Left – there is plenty of physical torture, as I described above, but there is also a great deal of taunting and mental torture caused by the underground  dwelling cannibals as well. The three girls are put through hell, for no other reason than they happened to be there at the wrong time. A lot of the physical stuff could be seen as gratuitous – if they’re cannibals, why not just kill these girls and eat them instead of putting them through such torture first? – but then again, these folks are sadistic, and this is fun to them. Besides, over the top gore can be fun, right? 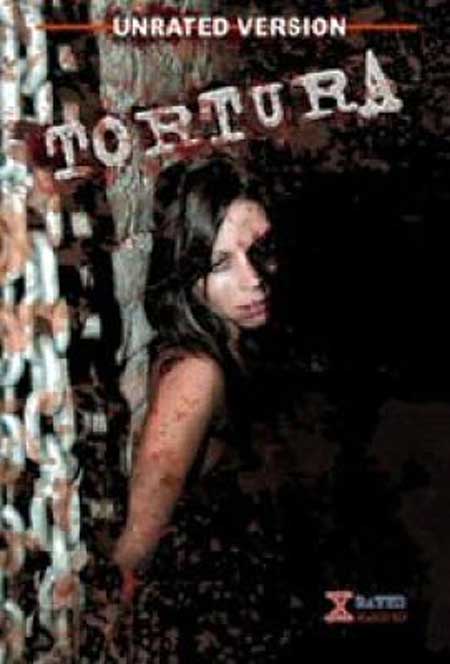 This is one of Walz’s earlier films, and Effenberger’s first, so it’s understandable that it’s not perfect. The story is familiar and there isn’t much to it, and there is a twist at the end that seems kind of predictable for well-versed fans of the genre. But Tortura is entertaining, above all else, and that is what ultimately matters. There is enough intrigue to keep the audience interested, and there is enough bloodshed to keep the gorehounds satisfied. In the big picture, this is a film that works just fine, even if it doesn’t break any new ground. There are other Walz films I’d recommend before this one, but this is still a good addition to your horror collection.