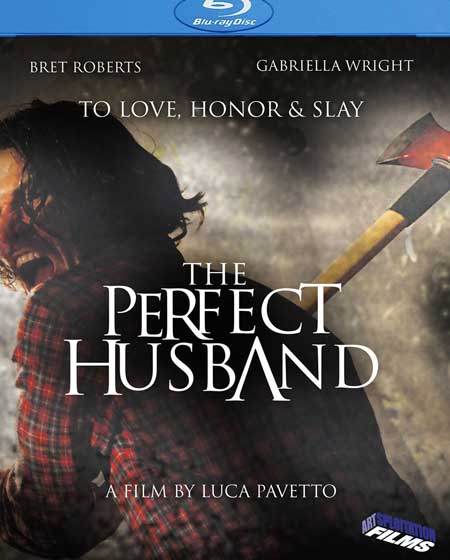 To help patch things up after the loss of their child at birth, Nicola takes his wife, Viola, to a cabin retreat in the country. Will their getaway revitalize their marriage or will it lead to something far worse than what they left behind?

Since at least as far back as Stevenson’s Dr. Jekyll and Mr. Hyde, psychotic disassociation has played a significant part in horror. Even in film, it goes all the way back to the earliest days with William Selig’s lost 1908 adaptation of the same novel. After drifting away from the chemically induced disassociation of Stevenson’s creation and toward a more psychogenic origin, the illness has reared its multiple heads several times in modern horror cinema, most notably in Hitchcock’s restrained classic, Psycho (1960), and Alexandre Aja’s more recent, and astonishingly violent, High Tension (2003).

With NBC’s 1976 broadcast of Daniel Petrie’s Sybil, disassociation became an object of respectable mainstream examination and empathy, outside of horror; but the subject really came into its own, gaining significant traction from the faux-grunge, Tarantino-infected Millennial crowd, with implications reverberating down through numerous current horror films, when David Fincher’s dirty-noir classic, Fight Club, was released in 1999, throwing a green-tinged light onto the psychogenic fugue state.

As The Perfect Husband begins, the stage is set with a slow pan over cozy photos and home movies depicting marital bliss between Nicola (Bret Roberts) and Viola (Gabriella Wright), who are expecting a child; after this cursory establishing of characters and their familial warmth, the film heads into uneasy territory, implying the loss of the child at birth and a breakdown of relations between the spouses as a result; with that established, it becomes clear Nicola, the seemingly devoted husband, has planned a couples retreat in order to try and  recover the intimacy they once had; immediately, a contentious situation occurs between Nicola’s friend, Hans, who will be looking after the goldfish while the couple is away in the country, and Viola, who’s suspicious of him. A snippy back and forth ensues, culminating in the huffy departure of Nicola and Viola. Once on the road, Viola’s mercurial reactions to the most benign gestures of affection become more pronounced. Minor bickering erupts, resentments flair, Viola believes she’s being watched (possibly by Hans?), and Nicola becomes confused and angry with Viola’s changeable moods.

Arrival at the cabin does nothing to slow this unrelenting deterioration between the two; Nicola becomes jealous, thinking Viola is cheating on him; Viola becomes frightened of Nicola’s growing instability; Nicola begins to display growing violent outbursts; and Viola steadily becomes more certain that she’s going to die by Nicola’s hand if she doesn’t do something about it. As a few other people are pulled into this maelstrom, and as the situations turn more volatile, a deadly outcome seems obvious and inevitable.

The regrettable thing about the woman-in-peril theme in horror films is that it’s the theme in horror films; it’s so common, so associated with the horror and thriller genres now, that any self-respecting filmmaker should consider it déclassé and make some sort of serious effort to avoid it. Every possible permutation of that theme has been done countless times, which makes it no longer viable for a fresh twist or even open to playing with expectations, because all of those expectations have already been explored out to infinity. Unfortunately, the writers of this film Lucas Pavetto, Argentinian-cum-Italian filmmaker, and Massimo Vavassori, serve up their own deliriously over the top rendition of the woman-in-peril/disassociation story. There’s nothing original here; rather than being suspenseful and keeping the viewer riveted, most of the time the behavior of the characters simply annoys and confuses. Without any clarity of tension, the film is lost and without focus.

Part of the blame can be placed on the scripters; another part of the blame lands squarely on Lucas Pavetto, who doubled as director; the scenes, at times, seem disconnected and to meander and get lost in a failed attempt to keep the audience guessing, when all the audience really wants to do is stop being irritated by the lack of coherence. Viewers want to be thrilled, they want to feel a growing tension, but Pavetto doesn’t quite know how to pull off the tight energy required for that or how to get the proper performances from his two leads, who spend most of the second half of the movie trying to convince the viewer that exaggerated, anguished growls and ludicrous epileptic twitches are intelligent acting choices. Instead, we’re left with an overabundance of jump scares and one of the most farcical endings in recent horror film history to make only the most undiscerning horror fan happy.

If Pavetto had simply removed the swearing and gore, which become progressively abundant as the film nears its end, he would have had a viable product that would have fit comfortably into a fuzzy-slippered, cozy-jammied, ice cream and pizza Lifetime Movie marathon.

The Perfect Husband is now available on bluray per Artsploitation Films