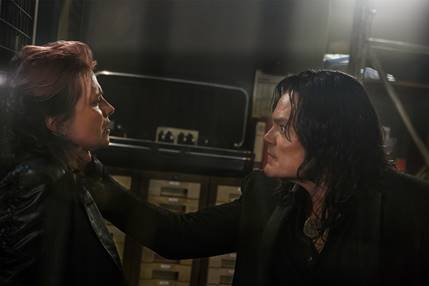 Hell has come to earth as Starz gives a sneak peek of the character Baal, played by Joel Tobeck (“Sons of Anarchy,” The Lord of the Rings: The Return of the King) who appears in season two of the series. When Baal is released from the underworld, our team will face an enemy more powerful then then any that have come before. One with bigger plans than just destroying Ash as well as a secret link to Ruby (Lucy Lawless). It was recently announced that Season 2 will premiere Sunday, October 2 at 8:00PM ET.