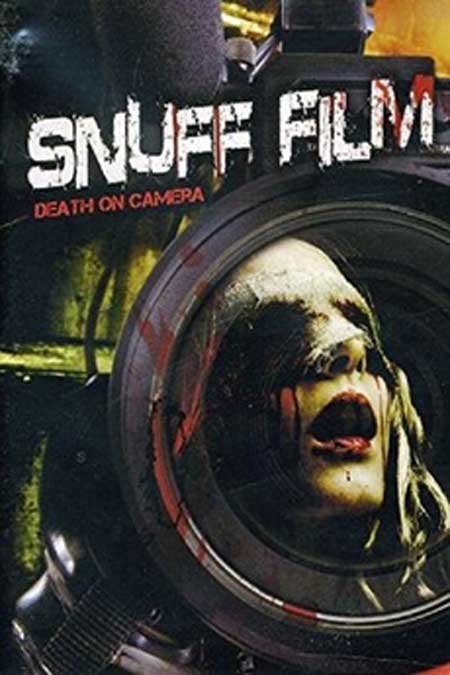 A horror movie maker is out to make the scariest movies ever made, and he believes he’s found the secret to doing so.

If one word could be used to sum up everything that happens on screen in this snoozefest, it would have to be tortuous. In fact, if the killer had tortured his victims half as much as the filmmaker tortured the audience, we’d be in for a treat. Unfortunately, that’s not the case.

I couldn’t tell throughout most of the movie if this was meant to be a horror comedy, and I really don’t think it was. I did laugh several times throughout, but I think that was resulting more from bad filmmaking than from a plot that was supposed to be funny. The film opens with a chase through the woods, where someone holding a camera hunts down a man and stabs him to death. It’s very found footage, and it’s incredibly promising for what we’re going to be watching over the next hour plus. If it had been contained to a found footage style, it might’ve been a decent film, but it was that weird mixture between found footage, a guy holding a camera, and completely third-person that so many filmmakers are trying to do (and usually failing at) now.

The man behind the camera is an avant garde filmmaker, one who believes that to be the scariest horror movie maker in history, he has to actually kill victims and put every last detail of their bloody and gory deaths on camera. Hey, you know what, I’m down. I’ll watch the shit out of (fake) people dying on camera, and the bloodier the better. I’m totally in for what this guy’s selling. But, like any good snake oil salesman, what is delivered is not at all what was promised. There’s very little gore to speak of, and what there is is comically bad. Non-realistic blood, non-realistic cuts, no entrails, no crazy decapitations… we just get this dude running around randomly, hitting people and “strangling” them for about five seconds, after which they die because they’re all apparently weak as hell. It’s almost like the killer has seen every singly horror movie LifeTime made in the 80’s and thinks that he can totally do better, so he splashes some fake blood on the scene of his kills and calls it a day.

And holy hell is he irritating. He’s got this weird, trying-to-be-low voice, where he kinda sorta growls at the camera, occasionally clicking his tongue obnoxiously, talking over and over again about how he knows how to make the scariest movies ever, and he doesn’t care about the sex and the plot, he only cares about the gore, and the bloodier the better, and yada yada. And then he goes out and “makes a movie” with almost no blood and gore.

He is to bloody horror what Michael Bay is to The Love Boat, is what I’m trying to say. He talks about how he has evolved with the times, starting out shooting on Super 8, moving on to video tape, then digital tape, then HD, because that’s what everyone wants nowadays. Meanwhile, dude looks like he’s 19. He wouldn’t have lived through most of that stuff, much less been a serial killing maniac taping on all of those formats. Hell, I don’t remember Super 8, other than knowing that it’s a thing that used to be a thing.

So he brings us into all of his inner thoughts, explaining how he’s the best horror filmmaker who ever lived, while swearing like a trucker with Tourette’s. Like, dude… you don’t have to swear so much. We get it, you’re an edgy 19 year old. There’s only so much “f**ks” and “cunts” I can take when it’s not a Scorsese movie. And believe me, guy, you are no Scorsese. Instead of giving us insight into the mind of a snuff tape making serial killer, we are given a guided tour of a middle school goth kid’s secret diary. It’s just horrible.

Near the end of the movie, he is captured by a policeman-type who is investigating the murders. As he’s watching the tapes the killer made, we’re taken back to that scene in the woods, where our killer is shown to be brandishing what appears to be a butter knife (awesome). In a somewhat comical scene, he dives into the bushes to avoid being spotted while making animal sounds, which sound suspiciously like parrot squawks. And honestly, this is the major part of the movie that makes me wonder whether I’m being Punk’d, because it’s so out of character and non-fitting with the rest of the film, it just doesn’t make any sense. 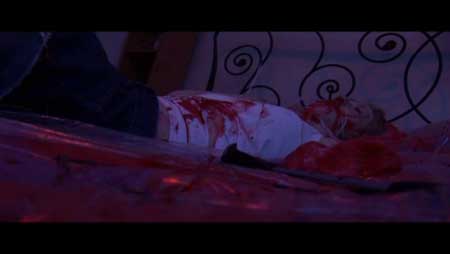 Sort of a “cock your head to the side, wonder if any of this really happened” kinda moment. This leads us into the final scene in the movie, where he comes home to a woman he has tied to a bed. He slowly tortures and eventually murders her, all the while swearing at the camera and being just a total dickhead. The only real scene of gore in the movie happens here, where he drills into a ridiculously obvious plastic arm, which cuts back to a spot of red on the girl’s arm. It’s just. Ugh. Tortuous. I was right the first time. Don’t watch this movie. There are infinitely better options out there.