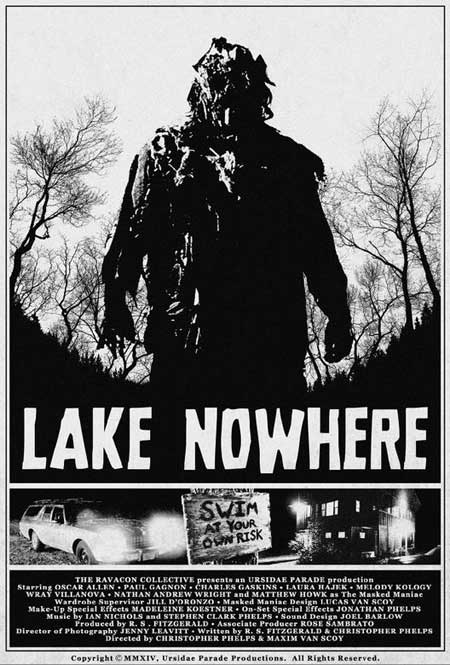 A group of friends hanging out in a cabin in the woods are terrorized by a masked killer. That isn’t the only thing they have to worry about though, as it appears there is something wrong with the lake by the cabin and after one of them swims in it he turns into a bloodthirsty zombie. Maybe they should have just vacationed somewhere else!

I wasn’t very familiar with Lake Nowhere before I saw it but thought that it sounded like it may have promise.  I mean come on, it sounded like it was right up my alley after I heard what it was about and I can say that after watching it I was pleasantly surprised. It works on many levels (especially as a cool throw back slasher flick with a little bit of The Evil Dead thrown in for good measure) and I really dug it a lot. It is a fun little movie that will really appeal to anyone who loves slasher movies from the 70’s and 80’s and I had a great time watching it. 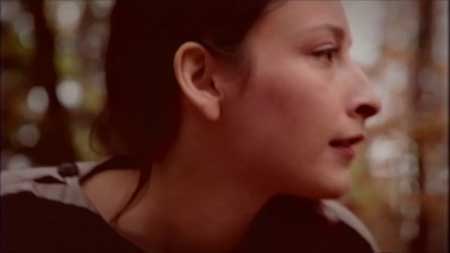 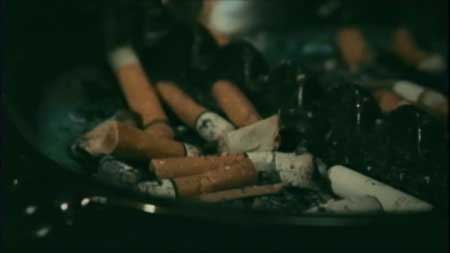 I loved the fact that it had a nice grind house movie feel to it without trying too hard. It starts out with a couple of movie trailers as if we are watching an old VHS tape back in the day and I loved the nostalgia that it made me feel. For a moment I felt like I was twelve-years-old horror nerd again hanging out at my parents’ house watching some cool movie that we’d rented from our local video store on a Saturday or Sunday night and for that I thank the people responsible for the film as that is the greatest compliment that I can give them.  Many films have tried to recapture this feeling but unfortunately very few have succeeded, but Lake Nowhere definitely does so with flying colors. The opening trailers made me feel all warm and fuzzy inside and I thought that it was just an awesome feeling in general. What I am saying here may not make a whole lot of sense to younger readers but if you grew up in the 80’s and watched pretty much every horror film to come out on video during that time you will totally understand what I am saying here.  If you ask me this film starts off on an awesome note and things just get better from there. 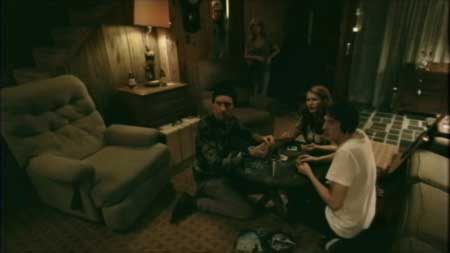 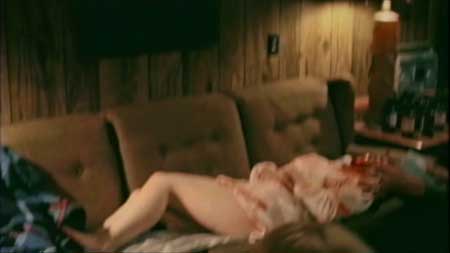 I also dug the premise. Yeah, it’s simple as hell and has been done countless times before but it works. I mean basically we just have a group of friends hanging out in a cabin in the woods while some mysterious maniac takes them out one-by-one. They have sex, get drunk, go skinny dipping, and do all the things that people in these types of movie do before they are brutally slaughtered and I had a blast the entire time. I liked the fact that the people behind it threw in the thing with one of the friends turning into a zombie and attacking his companion at one time because I thought that it was just a neat touch and added to the overall fun of things. Lake Nowhere is a very fun movie and even though some may argue that it isn’t very original (which I think is sort of the point but I am sure there will be some viewers out there that won’t get it who will bitch about the lack of originality) it has a hell of a lot of heart and passion behind it. 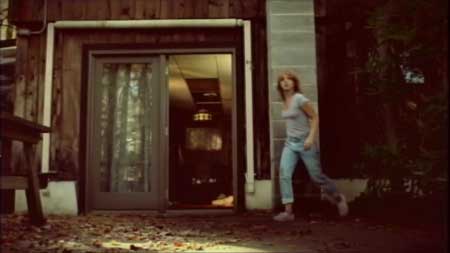 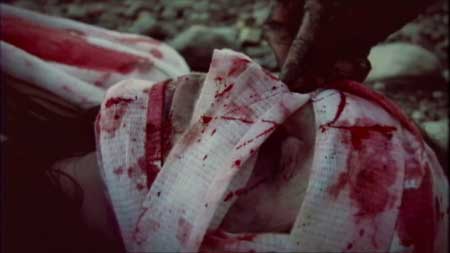 Did I mention that we get some pretty cool death scenes too? There are a lot of awesome deaths that take place during the film’s run time and I thought that all of them kicked all sorts of ass. We get some people getting chomped by a zombie, a pretty brutal hanging scene, a corn knife through the skull, and some other cool stuff. One of the things that I really liked about the death scenes is the fact that they used that cool odd-looking blood that was used back in the 70’s in a lot of Italian horror films. It may look a little weird to some viewers who aren’t familiar with these old Italian movies but I thought that this was an awesome touch by the filmmakers and one of the many cool retro things that they threw in that made this movie so damn awesome. 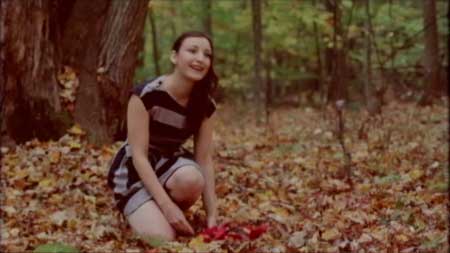 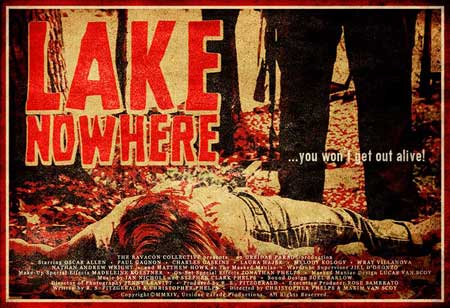 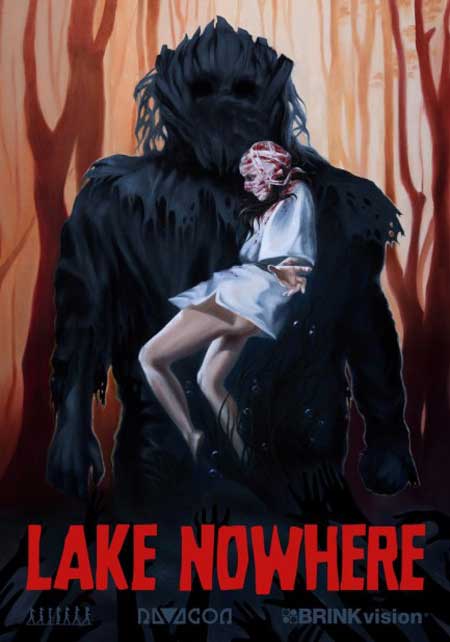 I loved Lake Nowhere and thought that it kicked all sorts of ass (my only complaint is that I wished it had been a little longer as it only clocks in at around 51 minutes and I would have loved to have seen more). The death scenes rock, the premise is cool, I dug the characters, and I loved the way that it was shot (it looks super grainy and really makes you feel like you are watching a movie made in the 70’s or 80’s). Without a doubt this film is one of the best that I have seen this year and I look forward to seeing more from the folks responsible for it in the future. Check it out as soon as you can as you definitely will not be let down. Highly recommended.