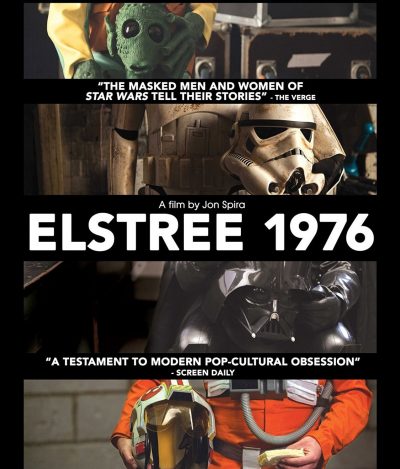 Ten people who appeared in Star Wars explain how they came to be in the film and what their lives have been like in the 40 years since the film was released.

The Star Wars phenomenon is one of the most interesting aspects of 20th Century moviemaking.  An ambitious space saga conceived of by a hardworking yet unassuming man who was compelled to write it following a devastating car accident that nearly killed him, the original 1977 film Star Wars hit audiences over the head with an unexpected blow and nearly forty years later we still haven’t completely recovered.

Coming out of nowhere from a galaxy far, far away, the world was introduced to the adventures of Luke Skywalker and Princess Leia and moviegoing audiences were sent into a frenzy the likes of which only Harry Potter fans have arguably seen since.  Having been shot primarily in England, American audiences were introduced to many British performers in the smaller secondary roles that they had not seen before.  Phil Brown (American) and Shelagh Fraser (British), both of whom had worked in the British film industry for years, were now affectionately known by their onscreen identities of Uncle Owen and Aunt Beru, respectively of course.

When I bought the paperback book The Story of Star Wars through my school for 75 cents in 1978, I recall being confused by a photo of Luke speaking with his friend Biggs on Tattooine, a scene that I clearly had not recalled being in the film.  I later read that this character, who appears briefly during the famous Rebel attack on the Death Star at the end of the film, originally figured in very prominently but was severely truncated from the finished film.  The actor who played Biggs, Garrick Hagon, is one of a handful of people who played either extras or uttered just a few lines in Star Wars, yet they are featured quite prominently in Elstree 1976, Jon Spira’s new and interesting documentary which was funded on Kickstarter for roughly $56K and was released on Friday, May 6, 2016 here in the States.

When I saw the poster campaign for Elstree 1976, I thought that it would take us behind the scenes of the actual film.  Instead, at 101 minutes, Elstree 1976 is an entertaining look at the lives and musings of those who appeared in what was at one time the most successful motion picture in history, with a box office gross of nearly half a billion dollars.  There is no behind-the-scenes footage that has not made its way to Youtube or on to the Star Wars Deleted Magic bootleg DVD.  The film, so-named as it was the studio that Star Wars was filmed at, introduces fans to the people who appeared in Star Wars in the lesser, more secondary roles.

Paul Blake (Greedo), Jeremy Bulloch (Boba Fett), Anthony Forrest (“These aren’t the droids we’re looking for”), David Prowse (Darth Vader), Angus MacInnes (Gold Leader), Pam Rose (female creature in the Cantina), Derek Lyons (Massassi Temple Guard), Laurie Goode (a Stormtrooper and an X-wing pilot – traitor!), and John Chapman (Rebel pilot) are the subjects of the interviews.  The comments made by these people range from ecstatic and zealous (Blake) to gratefulness (Bulloch) at having been a part of something so phenomenal. 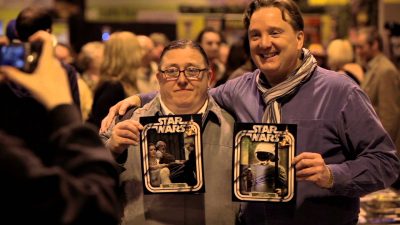 There is also a sense of awe on the part of most of the interviewees at the rabid fan base that Star Wars has accumulated in the nearly forty years since its release, with one of them commenting quite humorously on how despite the fact that his face is seen onscreen, most of the fans want photos with the performers who act from behind a mask (i.e. Vader, Chewbacca, R2-D2, Boba Fett, etc.).  They are smart enough to know that even the slightest bit of interest that people have in them is directly attributed to their involvement in Star Wars, something that director Spira occasionally forgets as he permits his subjects to ramble on about their childhood or their days since the film came out. 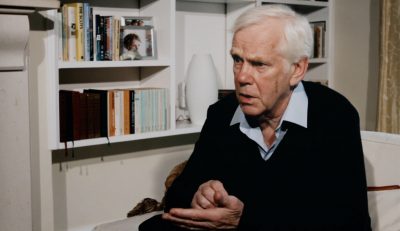 Then there are those whose egos and feelings are sometimes questionable.  Who can honestly blame someone like Garrick Hagon, who had a substantial role as Biggs, for being angry to find the bulk of his performance on the proverbial cutting room floor?  By his own admission his feelings have changed over time, but initially he was understandably red in the face over this perceived personal slight.  Derek Lyons is also interesting in how he also mentions his appearance in some of the most beloved films of all-time, including The Shining (1980) and Indiana Jones and the Last Crusade (1989), and this fact beings up a point that I didn’t even consider – these people obviously appeared in other films. 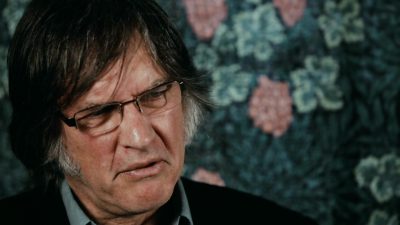 Angus MacInnes, who played Gold Leader, is highly enjoyable to listen to as he admits his status as a science fiction fan and being in heaven while working on the film.  He was most impressed with the set design and the “lived-in” look of the battered spaceships.

Reception of Elstree 1976 has been mixed, with its detractors complaining that it is not definitive.  Can anything really be definitive nowadays?  Studios have more than enough memorabilia and behind-the-scenes footage to fill more than several home video releases of nearly any given title (just look at The Evil Dead and its nearly ten video outings).  For Star Wars fans, this Elstree 1976 is a curiosity that should have been so much more

That being said, the film is definitely for Star Wars completests as I cannot imagine anyone other than die-hard fans having any interest in it.  Elstree 1976 is available on DVD with no extras here and on a special edition Blu-ray (which boasts a running commentary with director Spira and extended interviews) here. 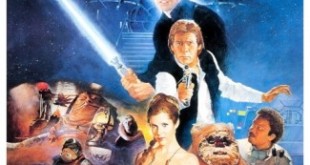 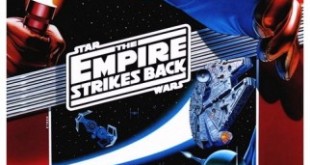 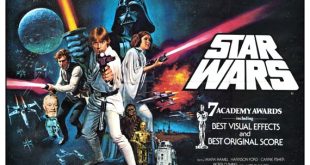 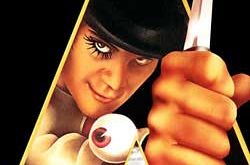