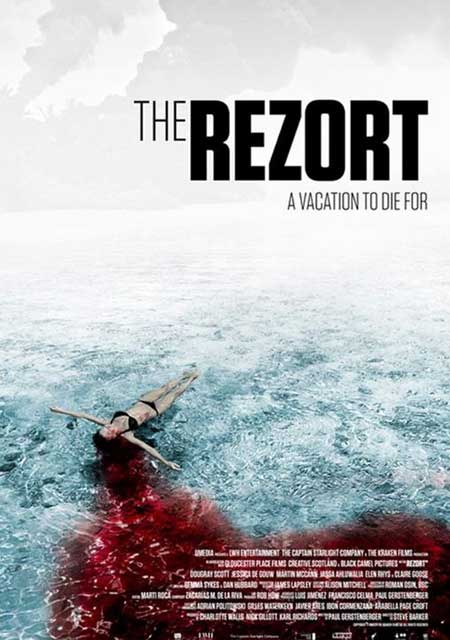 The ReZort, a post apocalyptic safari, offers paying guests the opportunity to kill zombies in the wake of an outbreak

The Rezort—the 2015 British zombie movie directed by Steve Barker—cannot decide which is worse:  heartless corporate greed and opportunism or liberal crusading and do-gooder-ism. So, both are ultimately depicted with equal derision and disdain. And, more importantly for a film that traffics in undead slaughter and vicious butchery, the personification of each of those dueling societal ills gets their just comeuppance in the end.

In the opening moments of The Rezort, a rapid-fire montage of news reports and archival video footage bombard the viewer with backstory. We learn in sketchy, broad detail that the earth is ten years removed from a widespread zombie outbreak, but that despite two billion dead, humankind has “won the war” and returned to some semblance of normalcy. The last remaining vestige of zombie infestation is an isolated, sundrenched island in the middle of nowhere, but instead of exterminating the local zombie population, a massive corporation has seized the island, confined the zombies, and built a luxury resort. There, at The Rezort, revenge-minded human vacationers can pay for an extravagant getaway replete with plush accommodations, pulse-pounding nightlife, and safari-like adventures in which they get to hunt and kill cowed and defenseless zombies.

During the vacation getaway of Melanie and her boyfriend, Lewis, however, things get complicated when a dupe for a bleeding heart zombie-rights activist group breaches security and uploads a computer virus that cripples The Rezort’s safety and containment systems. Suddenly, the zombies are on the loose, The Rezort is overrun, and the hunters become the hunted…just as justice demands. Isolated and exposed in the island wilderness, Melanie and Lewis and their small safari group have only hours to find a way off the island before the The Rezort’s final failsafe—the biblically-named Brimstone Protocol—eradicates everything on the island, zombie and human alike.

A sort of Jurassic World meets Night of the Living Dead, The Rezort ponders some interesting ideas, not the least of which is the psychological and emotional aftershocks of a deadly worldwide zombie epidemic over which humanity triumphs. Barker’s film takes the central conceit of movies and TV shows that depict mankind’s zombie wars—The Walking Dead, World War Z, 28 Days Later, etc.—and contemplates the almost unthinkable outcome:  what if we actually won? Where would we go then?

Conceptually, the premise offers a fascinating array of ideas and storylines to explore, and The Rezort plies free the tiniest sliver of only one of those possibilities. In doing so, however, it also tries to then hack away at a number of broader and relatively headier themes. Not only is there the corporatist vs. activist tension touched upon earlier, but the film can also be read as an exploration of the ugly side of human nature, a parable on animal cruelty, and the condemnation of how the world sees and deals with humanitarian catastrophes, from outbreaks of deadly diseases to refugee crises and more. Ultimately, however, The Resort bites off a bit more than it can chew thematically, and some of these serious questions are dealt with in an almost perfunctory and sophomoric manner.

That said, Barker’s direction and the performances of the key leads—especially Jessica De Gouw as Melanie, Martin McCann as Lewis, and Dougray Scott as an experienced zombie hunter who is part of their group—keep the movie grounded and relatively believable.

One of the most interesting things about the aforementioned Jurassic World was its compelling and creative depiction of a fully-functional dinosaur theme park. Similarly, The Rezort—with only a fraction of the budget of Jurassic World—does an interesting job of imagining what its bloodlust-fueled vacation destination might in fact look like. The most noteworthy examples are the juxtaposition of the lavish, opulent luxuries of The Rezort’s human accommodations with the caged-in pens that hold the zombies; an Old West style shooting gallery, where zombies strapped to boards appear suddenly in windows and doorways only to be targeted and tortured by the guests; and the safari expeditions where hunters stand on high ground while zombies are marched out into open fields below them to be shot and killed. Clearly, Barker’s vision of The Rezort—not to mention screenwriter Paul Gerstenberger’s script—are just as concerned with the thematic questions raised by the premise as they are with the peril of the chase.

And therein lies the problem.

As a blood-and-guts horror flick, The Rezort offers only the occasional rush of adrenaline but nothing truly impactful.

As an allegory, it is somewhat more ambitious than it is successful.

And as another entry in the cannon of zombie apocalypse, it is interesting but ultimately flawed. 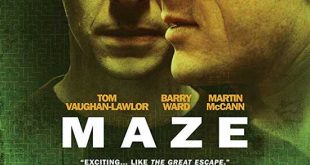 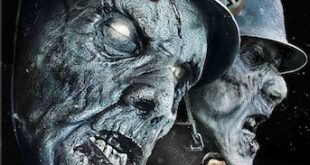