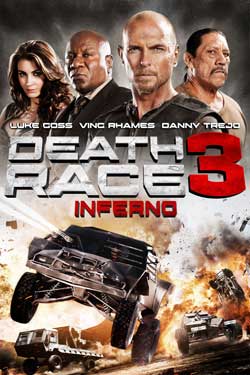 Convicted cop-killer Carl Lucas, aka Frankenstein, is a superstar driver in the brutal prison yard demolition derby known as Death Race. Only one victory away from winning freedom for himself and his pit crew.

According to this film, in a world that is supposed to be our own, the number one spectator sport is called the “Death Race”. What pray tell, is a “Death Race” ? This “sport” takes place on Terminal Island, where teams of convicted convicts duke it out in suped up cars for three days. Whoever wins 5 death races in a row is released from prison. 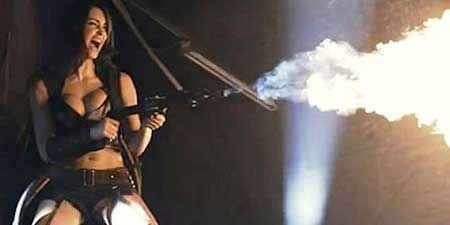 Yes, thats right- convicted criminals who win something known as a “Death Race” get to be placed back into society to walk amongst everyday citizens who do things like not kill people. Anyways, the star of the death race is a driver known to the rest of the world as “Frankenstein”. “Frankenstein” wears a mask and has won 4 death races in a row, with his fifth one looming. He won’t be careening down easy street to freedom anytime soon, though. Unfortunately for him, the corporation that owns”Death Race” , the Weyland corporation (Mr. Weyland played by Ving Rhymes), has just been victim to a hostile takeover. The man behind the takeover is a billionaire Brit named Niles York (played by Dougrey Scott) who has big plans for the sport. 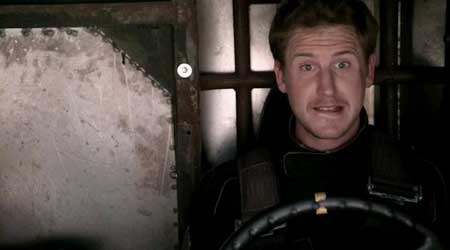 Specifically, York wants to turn “Death Race” into a global franchise, with criminals from all over the world, in all different locations competing. The first of these franchise races is “Frankenstein”’s fifth, set in South Africa, with guest accommodations for all visiting , competing criminals at the local South African hell hole jail. To keep the ratings sky high, York offers the games marquee driver, or, rather, the man behind the mask, a career felon named Carl Lucas, an offer he can’t refuse: throw his fifth race or both he and his crew get a meeting with the business end of a gun. Reluctantly, he accepts.

Adding to his woes is the revelation of his true identity to his driving crew….who happen to be his longtime buddies who thought he died in a fiery crash that mangled his face, but didn’t actually end his life.In the plus column for Lucas, his horribly burned face, the one that prompted the use of his mask, has been reconstructed so that he now only bares a few tough guy scars. 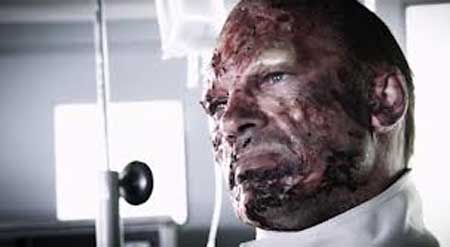 His “crew” is perhaps the most motley of motley. He has Goldberg, played by go to reliable tough guy Danny Trejo. He has a beautiful co-pilot named Katrina, who, of course, happens to be his former lover (oh, and the rules of Death Race state that all drivers must have a mandatory prison babe in the passengers seat….to help them navigate. I’m not joking).

Despite being a convicted criminal, Katrina isn’t forced to wear yucky prison garb or do terrible things like not wash her hair. Instead, she prances around one of the roughest prisons in the world wearing a cleavage and stomach baring vest at all times, as well as a full face of makeup, and shampoo commercial hair…..as do all the other lady crooks. And here I thought that push up bras and lip gloss were considered contraband. 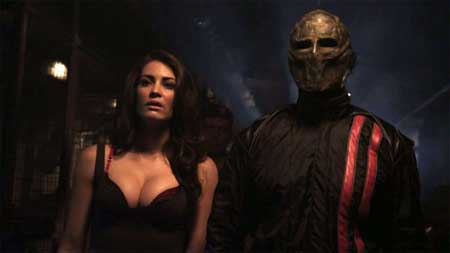 Rounding out the crew is a guy known as “Lists” a Rain Man esqe jailbird who is so wimpy, so puny, so perpetually wet eyed, its a wonder that he’s not only in a hard core prison, but that someone hasn’t forced him into a dress yet… Together they help Lucas navigate the “Death Race”, an anything goes, no holds barred carnage fest , that now set in south Africa brings with it a score of new obstacles.

Desert terrain, sand dunes, local warlords, smart missiles, pissed off locals and other maniac competing criminals hell bent on winning their freedom are just a few of the cray difficulties “Death Race” has to offer. The biggest obstacle of all might in fact be the megalomanic mind of the sport’s new owner, York, who is just as criminally ruthless as the drivers, but with way more control and power. 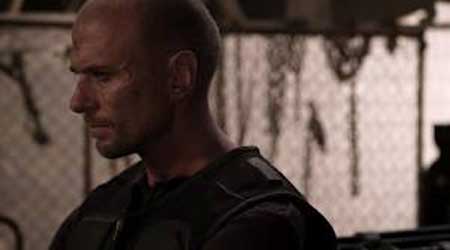 Alright, here’s the deal: “Death Race 3: Inferno” is so aggressively over the top and cheesy, it’s like getting punched in the face repeatedly by a fist full of old cheddar (this baby ain’t camembert). This film is overly macho, to the point of ridiculousness, its exploitative, its silly, its kinda offensive…and, its a lot of fun.

With a high production value, it pulls out all the stops, and pulls no punches. If you’re hungry for crazy action, this film is one tasty buffet. It has car crashes, explosions, babes, and flame throwers galore, oh my. It’s not intellectual, nor is it trying to be. It has gloss and grit in equal measure, and it serves up an entertaining movie morsel. It would probably be best to watch this film in a group, since its the kind of film that big crowds could get a kick out of….a bit of inebriation might also help the testosterone digest better as well. 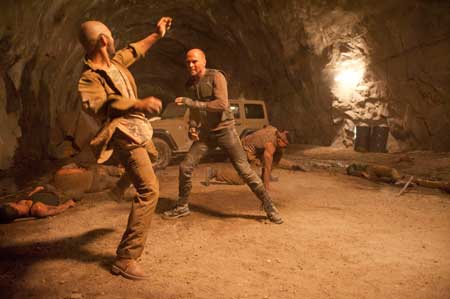 You probably won’t see it twice…hell, you might not even remember it in a couple of weeks, but for its 1 hour and 45 minutes, “Death Race 3:Inferno” is a pretty sweet ride.