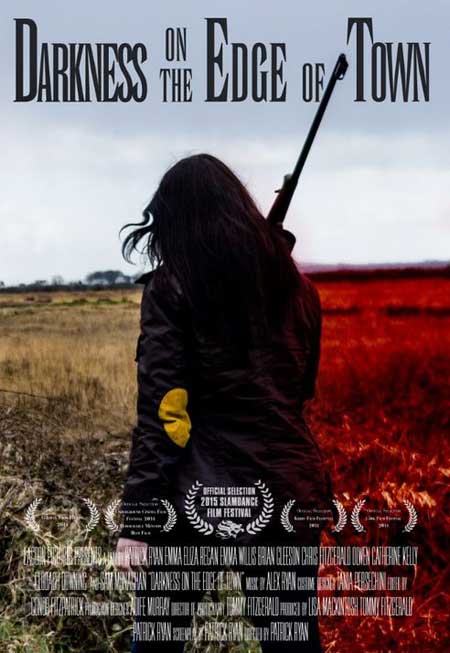 When her sister, Aisling, is found murdered in a public bathroom, Cleo Callahan, with the aid of her best friend, Robin O’Riley, attempts to track down the killer and exact her revenge.

Insecurity is the Ebola virus of mental states; it causes all other states of mind to bleed out, killing its host, unless the host can permanently neutralize the beast either by the use of an anti-viral ‘medication’ or simply by keeping it in check. Insecurity also makes the world go round; it’s at the heart of commerce; without insecurity, there would be very little buying and selling, at least of what’s unnecessary, and as such, the only economy left would be one based on sanity. Buying crap you don’t need is a utilitarian way of keeping the virus in check; buying a lot of crap you don’t need, to the point of hoarding and/or bankruptcy, is allowing the virus to consume you and bleed you out. This, of course, is really all about keeping things close to you, about keeping things under control; and it also applies to secrets and people, not just things.

There are secrets in Darkness at the Edge of Town and people trying to find control in situations that seem to leave them few options. Most of the characters in this film manifest some form of dysfunction originating with insecurity: Cleo’s (Emma Eliza Regan) thorough dreariness after the loss of her parents and her quest for revenge after Aisling’s murder; Robin’s (Emma Willis) boundless self-loathing and fear of losing Cleo’s friendship; Mickey (Dennis Hobson), the gun shop owner, with his superstitious and hateful curses; Georgia O’Riley’s (Clodagh Downing) languid rancor toward her own daughter, Robin; Virgil O’Riley’s (Brian Gleeson) passive-aggressive indecisiveness concerning his sister; Aisling’s (Olwen Catherine Kelly) own shady underworld dealings; Francis Macheath’s (Sam Monaghan) bestial, violent, and illicit ways. The main dysfunction giving legitimacy to all of these other dysfunctions and reinforcing the theme of insecurity, but only briefly hinted at in a few scenes, is the Irish predilection for ‘blood feuds’; it throws a palling determinism over the landscape and, symbolically, over the characters and their actions.

To point up the theme of dysfunction, the film opens on the cloud-shrouded, near-empty landscape of County Kerry, Ireland, with its lush, green hills rolling into a shadowed valley and the deceptively cloistered village at its heart; with its stoic beauty, the misty tableau is meant to mirror Cleo’s inner paralysis, her depression, her inability to break free from her crushing psychological stillness and the directionless path she seems to be on. Occasionally, this stillness makes way for a quiet hate, as in the scene where Cleo confronts a couple of Francis Macheath’s girls and tells them if she finds out Francis killed Aisling, she’ll consider him a ‘blood enemy’ and kill him herself; there’s one time, early on, where her hate erupts uncharacteristically into a violent flash as Cleo shoves a plate of food from her adopted parent’s dinner table. Throughout, and from different directions, there are periodic spikes of thoroughly bloody violence, showing the precise implications of an unchecked insecurity and the unbridled lengths people will go to in order to keep things under control while, at the same time, wanting desperately to liberate themselves from a bounded determinism of which they are only barely conscious.

The director and writer, Patrick Ryan, has chosen to express this lyrically; he has created a transcendental visual poem limiting straightforward narrative storytelling and placing the artistic burden squarely on the technique of ellipsis, only filling in certain story gaps near the resolution; frequently, this understated method becomes a bit much with too many never-ending, sad stares; over-long, static scenes; interminable silences; and affected moments of odd, inexplicable behavior. At times, things move so slowly and with so little focus or direction, it makes Tarkovky’s notoriously sedate films look like Chinese fire drills.

For the most part, this gives the feeling of a heavy hand at work and an awkward attempt to make the viewer internalize Cleo’s depressed state of mind; this never really works, unfortunately, because she’s not really effective as a character; she barely emotes, acting more like a satiated, animated corpse with the odd moment of clarity; there’s simply not much to Cleo other than a dampened emotional state due to clinical depression. Without something to grab a hold of, the character seems remote, without depth, and uninteresting. Cleo’s friend, Robin, is only slightly livelier, precisely because it’s her insecurity which is the motivating factor that triggers virtually every other act of violence in the film.

Regrettably, for any of this to succeed, the film requires clearer writing and sturdier actors in the two lead roles of Cleo and Robin in order to match director Ryan’s soggy transcendental approach and Tommy Fitzgerald’s velvety, hypnotic cinematography. Watch the film for Fitzgerald’s work, the simple, but haunting soundtrack, the high skill of the rest of the cast, the competent special effects, and the severe beauty of the emerald isle; ignore everything else.