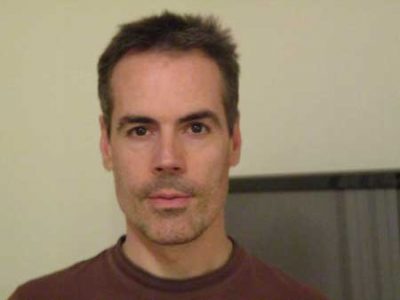 We talk to Jon Ford, who, alongside his brother Howard, took the zombie genre to new global heights with The Dead & The Dead 2. Here Jon talks about

Q: Firstly, congratulations Jon, on completing your first solo feature film. Has this been a long time in the making ?

JON: Thank you, it has indeed been a long time in the making, in fact a lifetime nearly! This is a very personal film as it’s based on true events that I’ve experienced. It’s almost a compilation of scenarios that have made a lasting impression on me. The gang of kids are a mixture of who I once was or people I knew, though I coupled that with modern electronic devices. There have been studies that have shown these devices are retarding the development of empathy in young minds. I took that concept to the next level.

Q: How would you describe the film?

JON: Essentially as I did with The Dead, I just made a film that I wanted to see. I love revenge movies (or the concept of them) but pretty much all of them try to be clever and have it that revenge is not really completed or it’s the wrong person, or it all ends so badly because revenge is wrong blah blah blah. Essentially by trying to be different…they end up the same.

The film is a violent clash of two generations. It’s about morality and perspective. There are no good or bad people in this world, we all have different perspectives on right and wrong. Most films follow a morality dictated by religion, I wanted to explore other perspectives. For instance killing is not always wrong is it? A soldier is sent to war to kill people, that’s considered right and lawful by most people. However if you kill someone who attacks you or just generally annoys you, that’s considered wrong in the eyes of the law and most people. I wanted to explore what happens when ordinary people are driven to murder and are ok with it. They don’t suffer any post trauma, they carry on with their lives. In real life people commit murder and get away with it some of the time. Go to any police station in any town in any part of the world, the walls are covered in missing persons pictures…most of who will never be found. I’ll stop there as I could go on all day about this subject Lol.

Q: Lisa Eichhorn plays a lead role. How did you get her on board?

JON: Lisa is an incredible talent! She did a cameo on my brother’s film Never Let Go, so he introduced us and I thought she would be perfect for the role of Helen Martin. She loved the script and (like a lot of people who read it) she felt it touched on an important subject about how young people are increasingly involved in violent or even sexual attacks and the erosion of empathy. She had been reading up on that very subject at the time so she was very much into it, much to my delight! I couldn’t believe I was going to have a genuine Hollywood legend in my movie. She really elevates the intensity of the scenes as does Russell Floyd who plays Bernard Martin. They were both fantastic and I’m so greatful for bestowing the film with their talents. 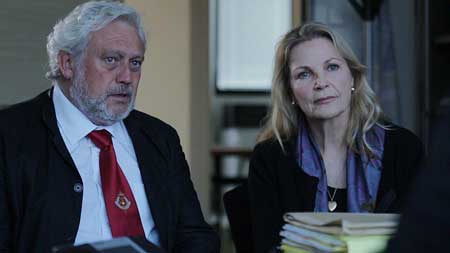 Q: The locations are stunning. How did you choose them?

JON: Thanks, I now live in the south of France, not far from the Black mountains so I was able to find some incredible locations which were perfect for the film. Like The Dead films I wanted to set the horror in a beautiful place. It’s the French idyll gone rotten. For once in my life I enjoyed the process of making a film. A lot of the cast are local theatre actors and they did an amazing job ! I wanted the film to have an authentic feel so we shot entirely on location. The thunder storms, the chirping of the cicadas at night, the lonely winding roads, all crank up the tension.

Q: The story will hit a lot of nerves, given current European topics and the underlying

xenophobia at the heart of your film. What can you say about that?

JON: The signs of a crumbling global union are evident in the film. It’s a very touchy subject and I can get myself into all sorts of trouble. I’m not making a political statement, I’m just a filmmaker who is making a piece of entertainment. At the end of the day I love France, I’ve lived there for 5 years now, but I did want to explore a dark undercurrent that exists… What do you expect from a film called Offensive? ha! It looks like there is a love hate relationship between the French and the Americans. There is this strange paradox, on one hand they are very greatful for the liberation in WW2 but to quote a line from Offensive, “we’re getting a little sick and tired of the American liberator story…why don’t you find somewhere else to go play hero”. After all, xenophobia probably exists in every country in the world. Like all great horror movies it’s all based on fear of the unknown. 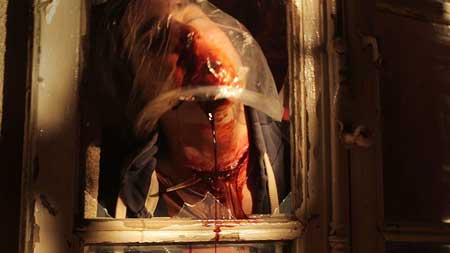 Q: The theme of cultural alienation between generations is very strong. The young

JON: I guess there will always be a generation gap issue for young and old and “what one doesn’t understand one fears”…I just take that to the extreme. There’s nothing worse than moving to a place where you’re not welcome.

Accurate?.There are “no go” zones in the outskirts of some of the main cities in France, which the media are “encouraged” not to report on. Even the police won’t enter. They’re basically gang controlled.

Also I particularly wanted my gang to be very young, as the level of cruelty at that age can be staggering sometimes! The Bulger case comes to mind… I wanted the threat to come from society’s protection of the young rather than the more obvious physical threat of the gang themselves. Also having witnessed and been the victim of young kids who essentially, in the eyes of the law are almost untouchable, as minors. It can be an impossible situation if kids decide to target you. It’s a frightening prospect as there’s almost nothing you can do. I used to live in a rough area where a neighbour of mine was targeted by kids, they smashed his windows regularly, spray painted pedo on his walls just because he was old and alone. He finally had to sell what was left of his house and move away. You watch, afraid that if you help, they could target you too. Like the gang in the film…”they’re just having fun…” 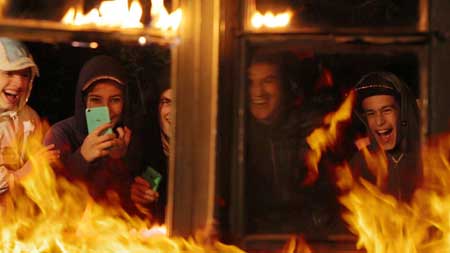 Q: What films were an influence? Straw Dogs comes to mind.

JON: I love Straw Dogs and you’re not the first to make a link with Offensive but apart from it being a sort of revenge film in a rural setting and the main protagonists are foreigners, there are not too many similarities.

To be honest, for this film, as I mentioned, I drew on real life personal experience more than other films, (apart from the killing which is based on a real case that I can’t mention for legal reasons) which I hope will give it something very different to all other movies.

I’m also breaking a few rules by having a retired couple as the main protagonists instead of some good looking overly muscular teenagers who happen to be martial arts and weapons trained and look more at home on a catwalk. I’ll be interested to see how that goes down.

Q: What do you hope the FrightFest crowd, who are, of course, familiar with your

work, get most from the film?

JON: Firstly it’s not about muscly super heroes, standing in a manga pose, spouting gravely voiced one liners, before blowing someone’s head off, one handed with a shot gun then winking into camera. I wanted to give it an old school film style with a modern intensity to the violence and reality. I wanted it to cut deeper. Most of us will have experienced some of the situations that happen in Offensive, from bullying to harassment. That’s why I hope it will touch us all on a personal level. There seems to be an epidemic in modern filmmaking in that they desperately want to be “cool”, maybe it’s the desire of a nerdy film director who is anything but?

I hope that they are prepared for a very different film that seems simplistic on the surface but is layered with a serious subtext. I hope they feel the torment and anger that the characters do. I hope it makes them consider morality, technology and humanity. I hope it gives them a different perspective on how society is “progressing”. 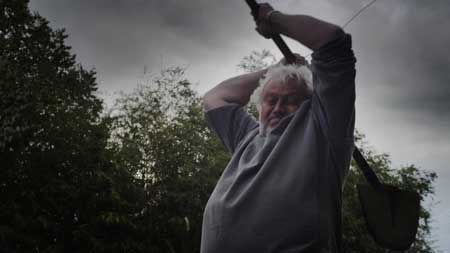 Q: You haven’t completely stopped working with your brother, he plays a cameo role

in the film, doesn’t he? And Angela Dixon, star of Howard’s Never Let Go, also has a

role. Seems you’re never too far away from each other!

JON: Howard plays Charles Martin who liberates the village during WW2. It’s a cameo but it is still quite a pivotal character, he gets to brutally murder some Nazis which I think he enjoyed. As I played one of the kidnappers in Never Let Go who gets his arm snapped, nose broken then run over by a truck…again! Now you mention it… something’s not right here! I’ll have to have a word! Ha!

Yes we’re always there for each other, essentially we share a lot of the same ideas and philosophy on life. I hope we’ll always help each other out as brothers should.

For Angela Dixon…I had written this incredibly difficult emotionally charged role of Sarah, a tormented language tutor who has to deal with some of the psychological aftermath of the gang. I thought…who the hell could pull off a role of that intensity…Angela Dixon was the first person that sprang to mind. She was great and it’s such a different character to the one in Never Let go, it really shows what a top class talent she is!

Q: As a fan of horror films, what are your personal Top 3?

JON: That’s a tough one! I know it’s a slightly cop out answer but it really does depend on what mood you’re in. 1) I still have to stick with the original Dawn of the Dead, it just blew my socks off. 2) The Exorcist is a master class in filmmaking. 3) The original Evil Dead is hard to beat. But on another day I may feel differently. As you can see, I’m generally into older movies. 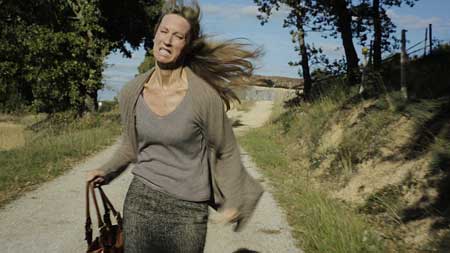 Q: Finally, are there any plans for you and Howard to join forces for The Dead 3?

JON: This one keeps coming up… After part 2, we always talked of it as a trilogy and I have to say we can’t stop ourselves from firing off ideas for it. It would be one hell of a 3rd and final chapter! If anyone out there has the means then we’re open to it.