Hellhole & The Boy Who Cried Werewolf 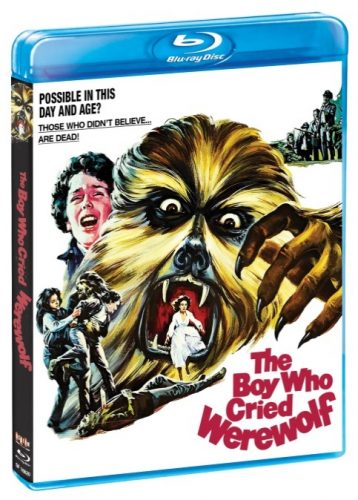 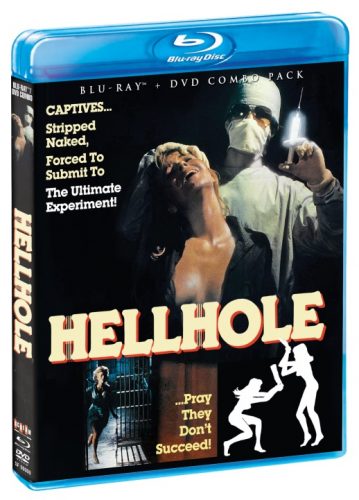 This July, Scream Factory presents two long-lost cult favorites on Blu-ray for the first time. Hellhole and The Boy Who Cried Werewolf debut in a Blu-ray + DVD combo pack, and on Blu-ray, respectively.

Having witnessed her mother’s brutal death, Susan (Judy Landers, Dr. Alien) gets amnesia from a fall while being pursued by the killer, Silk (Ray Sharkey, The Idolmaker). Awakening in Ashland Sanitarium, she is once again terrorized by Silk, disguised as an orderly. To pry an incriminating secret from Susan’s brain, Silk forms an uneasy alliance with Dr. Fletcher (Mary Woronov, Rock ‘n’ Roll High School), a psychotic scientist who has been testing a new lobotomy technique, using helpless inmates as her guinea pigs. These vicious experiments are carried out in the “Hellhole,” a torture den awaiting Susan as its next victim.

Featuring an all-star cast of cult film stars including  Marjoe Gortner (Starcrash, The Food Of The Gods), Richard Cox (Cruising), Terry Moore (Mighty Joe Young), Edy Williams (Beyond The Valley Of The Dolls), Robert Z’Dar (Maniac Cop) and Dyanne Thorne (Ilsa: She Wolf Of The SS).

The Boy Who Cried Werewolf

Richie Bridgestone’s parents are getting a divorce, but that’s the least of his problems at the moment. While on a visit to his father’s secluded cabin, Richie witnesses his dad being attacked by a werewolf.  Much like the tale of the boy who cried wolf, no one in the town will believe Richie’s claims that his father will change into a werewolf at the next full moon.

This was the third and final pairing of actor Kerwin Mathews and cult filmmaker Nathan Juran (Attack of the 50 Foot Woman, The Brain From Planet Arous). The two had also worked together on the classic The 7th Voyage Of Sinbad and Jack The Giant Killer.

The film makes its home video debut with a beautiful new High-Definition Transfer! 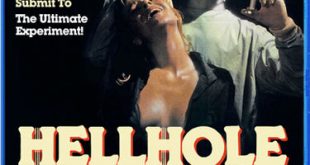