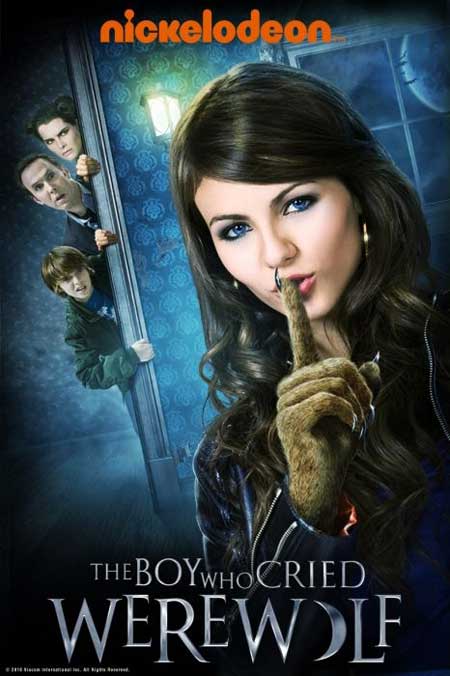 A Californian family inherits a castle in Romania. This is especially exciting to the son, who is obsessed with monsters, but not for his awkward sister Jordan who is transformed into a werewolf after being contaminated with lycan infected blood.

If you’re looking for a family friendly comedy/horror that’s perfect for a Sunday afternoon with the kids, then The Boy Who Cried Werewolf is the perfect non-offensive tale that makes for a good introduction to the world of horror for the young and uninitiated. 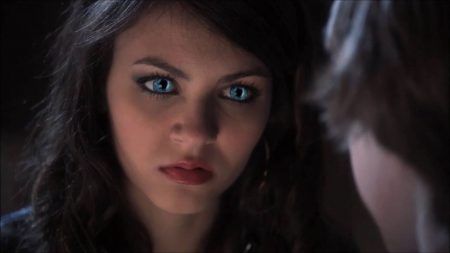 Located in Wolfsberg, a town shrouded in myth about feuding werewolves and vampires, the castle is caretaken by Madam Varcolac, played amusingly well by Brooke Shields, a no-nonsense woman whose name elicits a mysterious howl whenever spoken. Hunter is stoked about the place as it is as spooky and gloomy as his favourite horrors and, to the plot’s convenience, the town also plays host to the annual Wolfsberg horror festival, conveniently on AT THE SAME TIME the family is visiting.  As expected, Jordan is not overly over the moon about her current vacation as she is missing out on possible romance and frivolities back home but that’s soon forgotten when she meets stock boy, Goran, a handsome Romanian teen who cares naught for her geeky ways and sees her inner beauty (awwwww). Even David is in line for some possible sexy action when American realtor Paulina (Brooke D’Orsay) shows up ready to help sell the land quick.

While trying to find the Castle’s internet router, Hunter and Jordan stumble upon a hidden room filled with your typical hidden room objects an annexed by a room full of bats and vials of blood. Jordan accidentally infects herself with some of the mysterious blood and before you can say “Holy hairballs, Batman” she quickly becomes a meat loving, confidence filled and leather clad gal able to nimbly nimble with one hell of a waxing bill.

As the film transitions into your typical shenanigans of our character getting used to lycanthroping, we are treated to some light hearted tom-foolery and PG romance until the final act is shoe-horned into an ending that left me feeling like I had a stray hair on my tongue. Our antagonist has the win in the bag and they literally walk away for the sake of the story and not for any organic reason. I’m completely aware that it’s a kids flick and plot conveniences and God Machines are commonplace in them but I felt that it was a bit of a letdown considering the solid enough effort of the preceding acts.

With solid cinematography and a cast of more than capable actors, The Boy Who Cried Werewolf gives a professional veneer to its B-grade story and even pulled off some neat lycan costumes too. As for the horror aspect, the very young may find the final act a little scary but if your little rug rats enjoyed the recent Goosebumps film then they’ll have no issue digesting this non-offensive movie.

Would I watch this again? Not of my own volition as I need a little more “bite” in my films (see what I did there), but if my kids wanted to watch it again I’d happily sit and relive the tale. Coincidentally I watched the film with my 10 year-old son whom I’ve already begun initiating into the world of horror and he found the film entertaining but, and these are his own words, found “his farts more scarier” than this film. And that’s the crux of The Boy Who Cried Werewolf. No, it’s not comparable to flatulence, but it’s a fun little flick that’s light on the horror but has just enough for the young’uns and helps pass the time on a rainy day. As we all know, everybody needs a little horror in their lives no matter how small it is, so if this film can entertain and inspire the next generation of horror-hounds and horror film makers then I’m all for it.