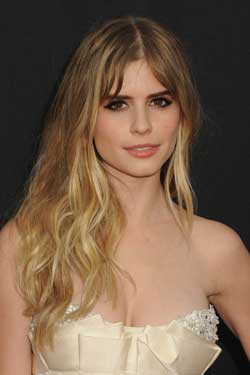 Actress Carlson Young stars in “Scream: The TV Series.” Season 1 DVD will be released on May 10th and the new season of Scream begins on May 30th on MTV. Carlson portrays Brooke Maddox on the series.

“He was kind of like a Godfather from a far.” Carlson Young on Legendary Director Wes Craven

Is there anything you would have done differently with the character or change how the writers wrote the character? (Mikey Aspinwall)

Carlson Young: If I get a script and there are some thing I don’t totally like about it, I can make it my own, make it Brooke-ish whatever that means. I definitely feel like I have never gotten anything that I actively didn’t like. The writers are pretty good at making my character great.

Did you do any special research or did you anything special to prepare to play Brooke?

Carlson Young: I guess I have inspiration from classic femme fatale kind of characters but when I first read Brooke, what really came to mind was its interesting that she leads with her sexuality at such a young age and I found that really interesting to play it from a character perspective. It really reminded me of Audrey Horne in the show “Twin Peaks.”  I was always enamored with her charm and how she acted around men and so I sort of try to channel her and I listen to some good music and that usually gets me right in the mood. 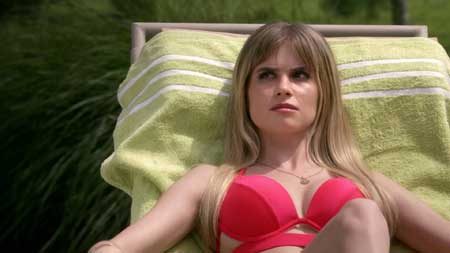 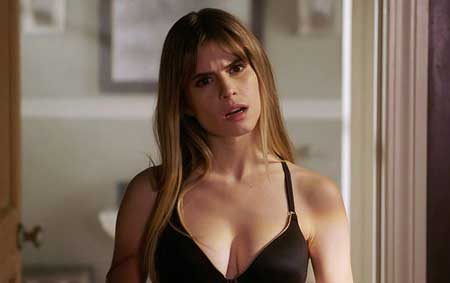 Did you get to watch the original “Scream” films and did you pull anything from them for the series?

Carlson Young: Absolutely, before we started shooting season one, the cast got together and we would marathon it for hours, all of them. I would re-watch them on my own too. To put ourselves in that world and familiarize ourselves. So I have seen them all quite a few times.

What would you like to say to the fans since the series has become so popular?

Carlson Young: Wow! Thankful is an understatement. I am just so happy that people are watching and liking it. If you are a fan of the show hats off to you and touché because it is fantastic that you are giving us a shot. I just say thank you so much and I do not think you are going to be disappointed with season two, I read the script and I’m like damn!!! I think people are going to be really excited with this season. 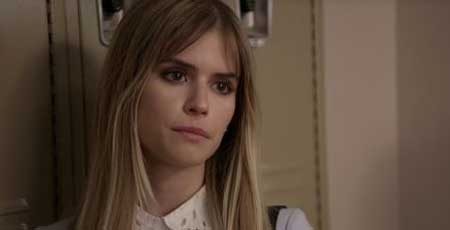 If you could pick any Horror actor to appear on the show as a guest, who would you pick? (Mikey Aspinwell – An amazing “Scream” aficionado”

Carlson Young: I would just really want one of the original “Scream” cast members to come, Matthew Lillard, Rose McGowan, Neve Campbell and anyone from the “Scream” cast. I get it that it may not be on their radar but that would still be pretty cool. I feel like that would be so dope. A girl can dream.