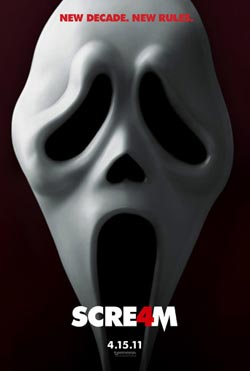 Ten years have passed, and Sidney Prescott, who has put herself back together thanks in part to her writing, is visited by the Ghostface Killer.

Scream 4 returns in full force making a parody of itself in almost perfection. The trend of second guessing the outcome of horror films seems to have caught on so much that Scream is now as predictably unpredictable as they come. It’s pseudo segues, its self narrative flip back joke on itself parade…it’s crazy ability to really know its audience and call out the punchline before they do. Are you confused yet? Well look no further than the world of Scream. It’s quite brilliant and yet it’s a few steps away between becoming a tack on to the “Scary Movies”..movies. 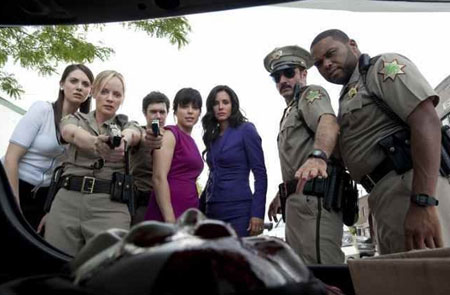 Sidney Prescott (Neve Campbell) is back in town. Her notoriety has been good to her over the years, now with a few movie roles and a successful book deal behind her. Woodsboro has had to live with the legacy of the past while trying to move forward and bury its tragedies.. 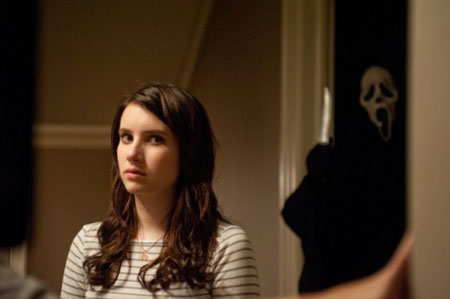 As they say, a few things have changed…but then some things haven’t changed at all. Gale Weathers, (Courteney Cox) now wife to Dewey Riley for the last 10 years has retired from reporting. Dewey is the police chief for Woodsboro and has his hands full with trying to cope with new issues while also dealing with the past.It is apparent that ghost face has returned in the form of a new killer. Though as we are reminded, Gale “did” have a major hand in solving the previous crime instances in which she also has a book. Present times, have introduced a bit of writers block for Gale, which soon changes when the towns murders begin to ramp up again. 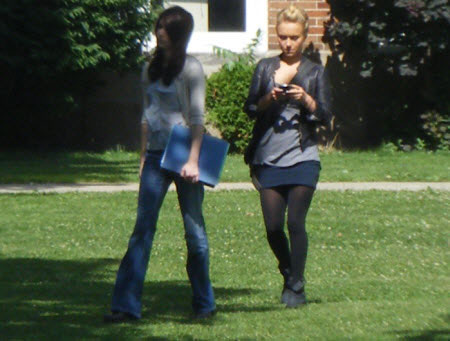 It begins simply with some local teenagers in a copy cat murder modeled after the “Stab movies. Those inquiring but familiar calls start to come in always playing on the receivers disbelief in the situation. Quickly followed by clever kill setups that misdirect then take advantage of the obvious. The ghost face villain is back in full force. Sidney’s cousin Jill (Emma Roberts) seems to be ripe for new potential victim bait though Sidney is determined to keep that from happening. She proves that when Jill is attacked and comes out swinging with a few new moves of her own.

Especially strong this round is the dialog knack for predicting the obvious to the audience and then backing it up with what the obvious alternatives might be. That sort of …”ok, here is what’s going to happen”….. based on the current crop of horror film traditions is a highlight here. Scream 4 is a bit of the derived flavor of its predecessors, however it still manages to be fun and current to the times. If you imagine yourself sitting with your buds calling the out the film shots, then you’ll get the notion that the filmmakers are also trying to capitalize on that here. 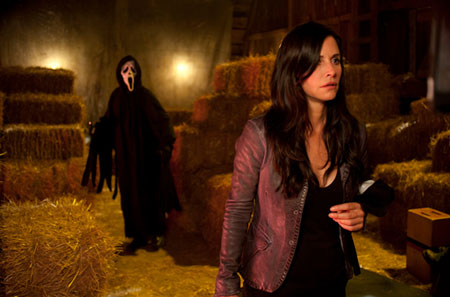 Remarkably even with these continuing catcalls on the films direction, Wes Craven manages to still throw a worthy scare or 2 in to keep things exciting. We begin to suspect a few potential killer suspects from the get go which is exactly what they want from us as viewers. 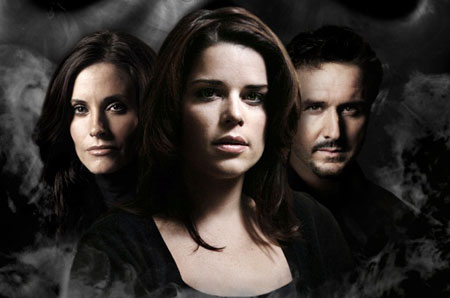 A few new faces also get introduced into the Scream lineage with Hayden Panettiere taking on the role of Kirby Reed. And Alison Brie (from Community ) coming aboard as the PR publicist Rebecca Walters. I’m not so sure I’m down with the Panettiere short do, though its good to see she’s digging into new grounds.It’s a really good cast with alot of impressive names on board. 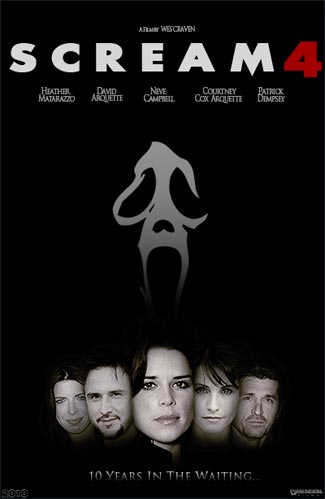 It’s been a few years since I really dug into some Scream time (so to speak), though my impression was that this 4th addition is pretty hip and a nice change from the typical flavor of horror predictabilities that muddy the genre waters. I’m calling this one damn cool and one to own (especially if you are a Scream fan). As a horror reviewer, I appreciate the self irony that Scream embellishes in. It’s fun, its inventive and sometimes pretty scary…..sounds like Scream to me!