Now we all know horror movies are just that, movies, and the characters on screen could never actually come into our bedrooms and kill us…or could they? Now I’m not talking about the terrors from Aliens or The Descent or even Poltergeist. I am talking about real flesh and blood people that could actually come into your bedroom and drive a stake through your chest. Real people who have gone on a killing rampage for God only knows what reason, but one thing is for sure, they are hungry for blood, and they’re coming after you.

My Grandfather always told me, “It’s not the dead ones you got to worry about, it’s the live ones.” This statement has never been truer than in this list. Here are 13 villains that could actually come into your room and murder you if they wanted. Enjoy, with minor spoilers.

01- Bruce – Jaws
Baaadum, Baaaadum, Badum, Badum, Badum. Good, now that that is stuck in all of your heads we can start this list off right. Bruce is last on my list because he isn’t someone that can come into your bedroom and kill you, but he sure can kill you at the beach when your floating around in your polka-dot bikini. Bruce the shark is an iconic image of what could be considered the first Blockbuster horror film in history. Jaws and Bruce also kept a lot people out of water for years after it came out, so it deserves a spot on my list.

02- Annie Wilkes – Misery
Ms. Wilkes was one hell of a number one fan that’s for sure. Most famous people have to worry about fans stealing their underwear or trying to take nude pictures of them. But Paul Sheldon had to worry about his number one fan kidnapping him and breaking his ankles. Maybe Paul should think about a different career, like rock and roll, and then his fans would be throwing their panties at him and not trying to set his bed on fire.

Likelihood she will kill you – If you’re a famous writer: 8/10

03- Rhoda Penmark – The Bad Seed
Children have always been great horror film villains. They seem so sweet and innocent and then the next thing you know the child has just set you on fire. The Bad Seed was one of the first great horror films to use a child as a villain, and ever since, films like The Omen, The Orphan and Them have been doing its job of natural birth control, because I sure as hell don’t want a child in my house after seeing The Bad Seed.

Likelihood she will kill you – If you’re a parent that likes to spank your kids: 7/10

04-  Billy Loomis and Stu Macher – Scream
I need to look up and see if the “Ghostface” mask was the most popular Halloween costume after Scream came out. In fact, I still see that face at Halloween, but it is usually the guy who couldn’t think of a good costume and “Ghostface” was the only thing left at Wal-Mart. But this movie did open the door for some of the worst horror spoof movies of all time. The Scary Movie franchise wont be running out of ideas any time soon either, “Ghostface” is expected to return in Scream 4 rumored to be coming out sometime in 2010.
Likelihood he will kill you – If you don’t know who the killer was in Friday the 13th: 10/10

05 – John “Jigsaw” Kramer-Saw
Do you wanna play a game? No John I don’t wanna play a game and I don’t like it that someone in a pig mask just drugged me and kidnapped me either. Currently the Saw Franchise is running second in most profitable horror franchise, about 62 million dollars behind Friday the 13th. However, Jigsaw has at least one more film to play some games in so we shall who will win this game.

06-  Leatherface – The Texas Chainsaw Massacre
I wonder if this movie helped or hurt Texas tourism? Because it sure as hell will keep me out of Texas for the rest of my life. However, Leatherface is prime example of a hurt boy just looking for some friends. Every time someone comes into close contact with Leatherface, he is very frightened and he just cuts people with a chainsaw because he is just so scared. Maybe if someone just asked Leatherface for a hug he wouldn’t be so angry all the time and come after scantily dressed girls.

Likelihood he will kill you – If your car breaks down in the middle of the Lone Star State: 6/10 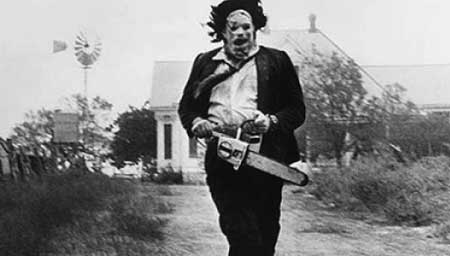 07- Michael Myers – Halloween
You never see a really skinny killer do you? Leatherface and Michael Myers are both big boys, but damn can they chase people down. This movie is a leading example of why you don’t let people out of a mental hospital until you know 110% that they are sane. Michael did some pretty cruel stuff when he was little and probably should have stayed in Smith’s Grove for a little longer.

Likelihood he will kill you – If you’re out on Halloween night: 7/10 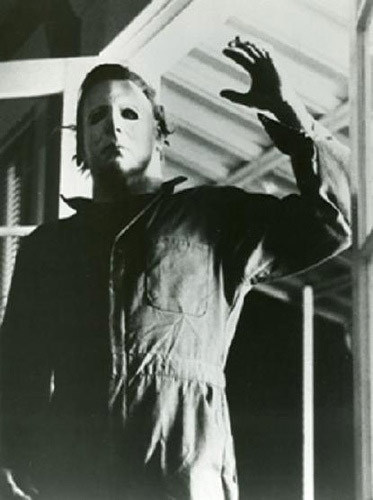 08- Norman Bates – Psycho
Can you say Mama’s Boy? Norman loved his mother so much that he wanted to be just like her, literally. But this movie did make people think twice about taking a shower for a while. However, every time I hold a chefs knife I cant help but make the slasher noise and chase after my dogs.
Likelihood he will kill you – If you check into the Bates Hotel – 9/10 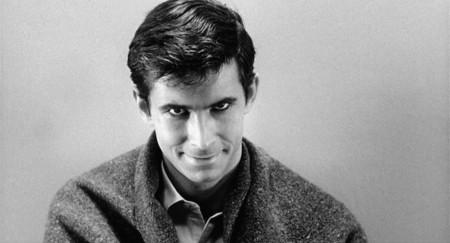 09- Asami Yamazaki – Ôdishon (Audition)
Even though this is the only Asian horror flick on here, trust me, it’s the best. Ôdishon is an example of what happens when you date someone who is young enough to be your own child. This film is definitely Asian because it has its fair share of blood and gore. But overall Asami Yamazaki is one of the more freighting women of horror films and I would not want to let her in my house.
Likelihood she will kill you – If your old enough to be her father: 6/10

10- Crazed Trio – The Strangers
This movie is one of the only horror movies out there that severely frightened me. But not because the movie was terrifying, but because, Man in the Mask, Doll Face and Pin-Up Girl were people that literally could be my neighbors. This trio had no motive as to why they kill, other than the fact that Kristen and James were “A Home”. Some of the other horror villains in my list have had f*cked up pasts, abusive parents or a violent childhood, but The Strangers villains are just ordinary people who want to simply kill people.
Likelihood they will kill you – If Tamara isn’t home: 9/10

11- Jack Torrance-The Shining
This film gets better and better every time I see it and Jack gets more and more evil too. If you really pay attention you can see him go crazy, every scene he looses a little bit of his mind, slowly, until, “Here’s Johnny!” Recently I just found out that that line was improved as well, which just adds to the overall effect of the film. If they ever made a sequel to this film Danny would be the one going crazy because he was already weird when that movie started.

Likelihood he will kill you – If there is all work and no play: 8/10 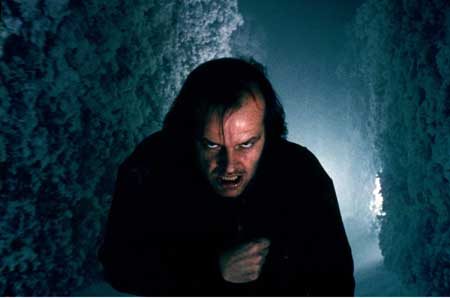 12- Hannibal Lecter- Silence of the Lambs
I wonder what fava beans taste like and if they really are good with liver? Hannibal Lecter should have just claimed that he was a native to an African tribe that was Cannibalistic and he would have been freed. But I think he liked the fun and games he got to play with Clarice too much to ever want to be freed. This film does get props for being one of the few “thriller” films to win a Best Picture Oscars, along with four other Oscars as well.

Likelihood he will kill you, or eat a part of your body – If your name isn’t Clarice Starling: 9/10

13- Zodiac Killer –Zodiac
Now, now, I know Zodiac isn’t your typical horror film that you would find on Horrornews.net, but this guy was so good at killing people that he was never captured, which means he is still able to kill you at any moment. This movie wasn’t the most suspenseful nor did it have the best acting, but it was still a good thriller, mystery film. But The Zodiac killer is my number one choice for the Horror Villain most likely to actually kill you because he actually killed many people and he is still on the run capable of coming into my bedroom and slicing my throat with a nice encrypted note laying next to me for police to solve.

Well that was my list of who I thought were the most likely to kill me from the horror movies I have seen. The above films and villains will definitely make you think twice about the man in the shadows from now on. If you have seen a film that has a great villain who could actually kill you and he/she/they are not on my list, then leave the name down in the comments below.