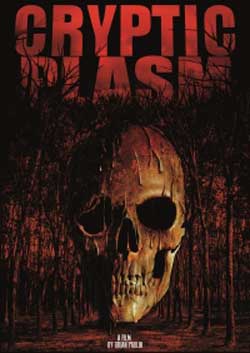 The story is about David Gates, a cryptozoologist who is hired to film his investigations. One of them being a mysterious town where all of it’s inhabitants have vanished without a trace. David uncovers far more than he anticipated and puts his own life at risk. Afterwards David begins to feel the bizarre effects from the town within his own biology. Mean while he is sent by his investor to film an exorcism. Something that is completely outside of his expertise. Already suffering from unnatural symptoms, David, who is now reluctantly in the presence of pure evil, fears that multiple inhuman forces are tearing him apart from inside.

When we talk about extreme, gory horror films, there’s a regular list of names that pop up in almost every conversation – Takashi Miike, Lucio Fulci, Unearthed Films, Herschell Gordon Lewis, the new French Extremism, Toe Tag Pictures, etc. I nominate Brian Paulin and his movie production company, Morbid Vision Films, to be added to this list. Ever since Dead Girl on Film (2000), he has been bringing extreme gore with high quality effects work done on a low budget, with films like Blood Pigs and Fetus getting more than a little bit of underground buzz. And now, after waiting three years to find a proper release, we’ve finally got his newest effort, Cryptic Plasm. 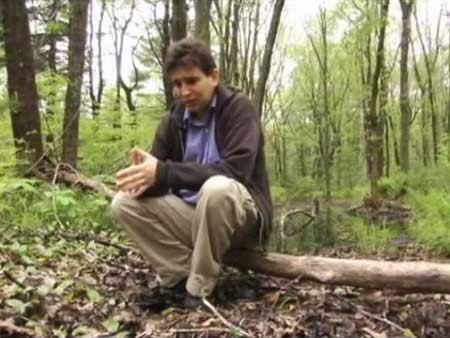 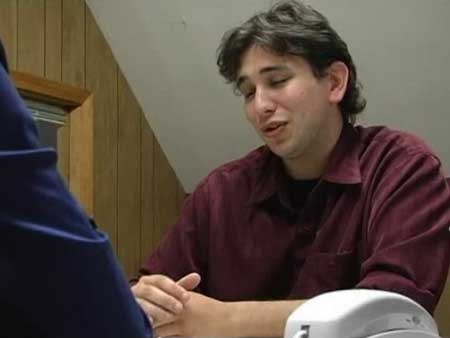 The film follows two friends, ­David (Joe Olson) and Brian (writer and director Brian Paulin), as they set out to capture video evidence of the unknown. Working in conjunction with television producer Richard Stevens (Kevin Barbare), they put together a handful of segments for a potential TV series – they start by searching for a mysterious lake creature, then move on to look for a mythical town that has supposedly been hidden by the government, a town whose residents all either left or disappeared. But when they find that town, something unexplainable happens, something that sets into motion the events that bring us one of the craziest, goriest finales I’ve seen in quite some time. 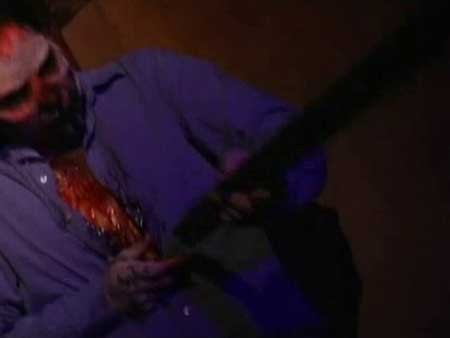 Cryptic Plasm manages to combine a handful of different horror subgenres all into one movie. It has the feel of an anthology film, where each segment is represented by a different episode of the creature-finder TV show – think Syfy’s Destination Truth, but way crazier – and with a wraparound story involving our main characters that is interwoven into each segment and flows from beginning to end. You’ve got monsters, a mysterious Twilight Zone-style story of a forgotten city, and even a demonic possession/exorcism story in here. And those segments go back and forth between the standard film approach and a found footage style shaky-cam POV, but not obnoxiously. No, if you’re getting nauseous from this movie, it’s from the gore, not the wobbly screen. Add in a touch of sci-fi, a ton of blood and guts, and even a little twist of a double-crossing crime story, and you’ve got what turns out to be one of the more memorable splatter-fests of the last couple years.

The strength of most Brian Paulin films that I’ve seen has been the special effects, and while that is no different here, I think this might be my favorite storyline of them all so far. There’s a creative edge to this one that took me by surprise. That is not to say I didn’t expect to enjoy the movie, it’s just that it went in a different direction than I thought it was going to, and that’s usually a good thing in my book. I can see where someone might get a little antsy at first – it seems the story is going to be about this lake creature, then that is dismissed and we’re headed toward a mysterious town, then we switch away from that and head toward an underground exorcism. It comes across maybe a little disjointed and unorganized. So let me say this: be patient, grasshopper. Allow the story to move forward, to go where it needs to go. And pay close attention, because I promise that the payoff is well worth it. 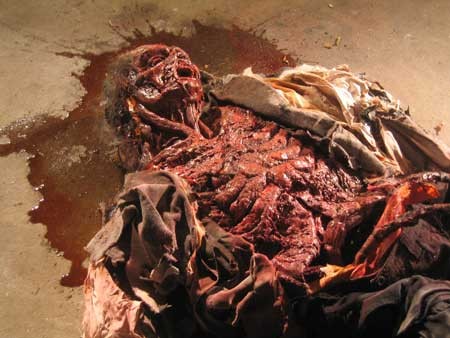 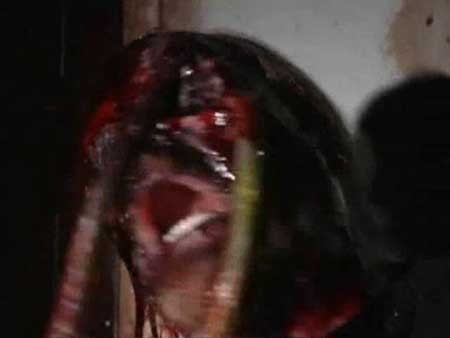 I can’t say enough about the effects in Cryptic Plasm. Brian Paulin has the touch, from exploding heads to disemboweled bodies to hideous, disturbing creatures – he really can do it all. The work he puts on display in the last act of this film takes what we’ve seen of his work from previous efforts and ups the ante. Some of his creations are on par with some of the early-1990s work out of New Zealand; think along the lines of Peter Jackson’s Dead Alive or even Philip Brophy’s Body Melt. They’re fun and they’re disgusting. And in the last twenty minutes of this movie, they go all out. I highly recommend Paulin’s films to anyone who likes their horror with an edge to it, but I’d put Cryptic Plasm at the front of the list. 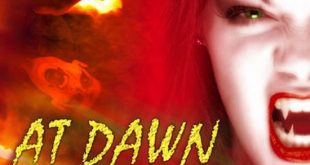 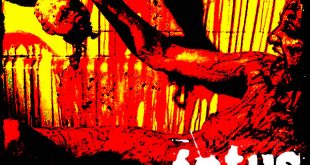 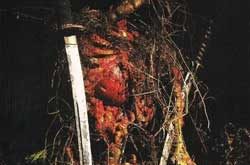 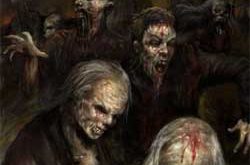