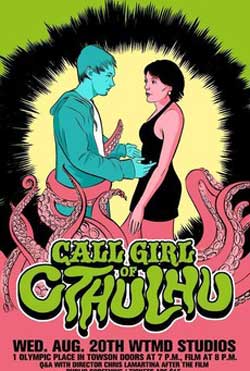 When a virginal artist falls in love with a call girl, she turns out to be the chosen bride of the alien god Cthulhu. To save her, he must stop an ancient cult from summoning their god and destroying mankind.

Do you like Troma films? How you answer that question will be the key as to whether or not you’re going to like this film. Now to be fair, Troma films can be hit or miss, but it is the vibe of those kind of films that is the point of my question. Micro-budget, quirky, silly, at times pushing the boundaries of taste, etc.

Second question would be if you like H.P. Lovecraft and the mythos of Cthulhu because if you do, this one is definitely up your alley. In-jokes, winks and nods to Lovecraft abound, and I’m sure I missed quite a few because they’re everywhere. Standouts of these include the product name and the manufacturer on a condom wrapper (pretty brilliant) to the name of a Chinese restaurant. 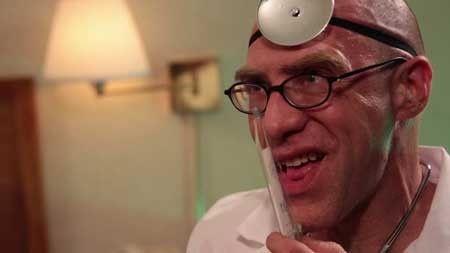 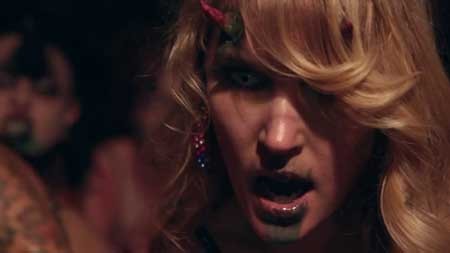 Of course this is all nice and good but what about the film? First off, I like some Troma films but not all. Second, I enjoy Lovecraft but haven’t read everything. I do love the board game Arkham Horror and all of its expansions so I have reasonable knowledge of the mythos. So with that in mind, you’ll understand why I like this movie.

Poor Carter Wilcox. He’s a virginal, struggling artist working for the Arkham Post. His roommate Erica is mainly concerned with creating nearly unlistenable music on her keyboard and having sex with a local, self-proclaimed stud. And if it wasn’t for the old man down the hall using an escort service, poor Carter might be forever stuck in a rut. 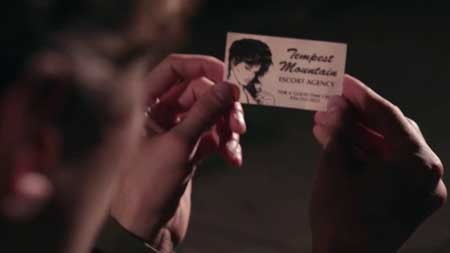 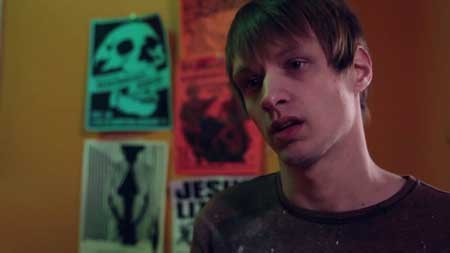 But his life is turned upside down when he lays eyes on Riley (played by Melissa O’Brien), the call girl who sees the old man on a regular basis. Carter instantly falls head over heels and eventually works up the nerve to call the escort service. But he’s not going to be the usual sleazy customer she’s used to. In fact, all Carter wants to do is paint a naked picture of her.

He’s so sweet and earnest about it that Riley can’t help but be touched. Could these two really begin to fall in love? Of course, but there is one little problem. She might not know it yet, but Riley bears a birthmark that marks her to be the chosen bride of Cthulhu. Uh-oh.

To be sure, there’s a cult that knows about it and they will stop at nothing to get to her and awaken the Ancient One, thereby destroying mankind! Yikes! Will our virginal, struggling artist be able to save the day and the woman he loves? 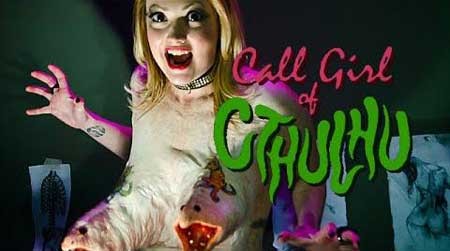 Obviously Call Girl of Cthulhu won’t be for everyone, but if you take the film for what it is, a horror-comedy that doesn’t take itself too seriously, you’ll have lots of fun watching. Chris LaMartina does a really good job with the directing and he even contributed to script duties. For the budget the acting is a little better than average, the standout being David Phillip Carollo as Carter. He has such an honest, endearing way about him that you can’t help but root for him.

The special effects are superb for this type of fair. There is plenty of blood and gore, most of it so over the top and silly it just adds to the fun, tongue-in-cheek atmosphere. There’s gratuitous nudity, weird characters who wear ski masks, goggles and pacifiers (don’t ask) and a crazy old lady professor with an eyepatch. And that’s just scratching the surface! 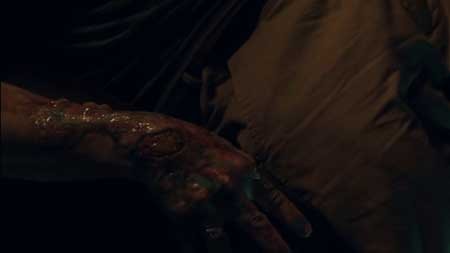 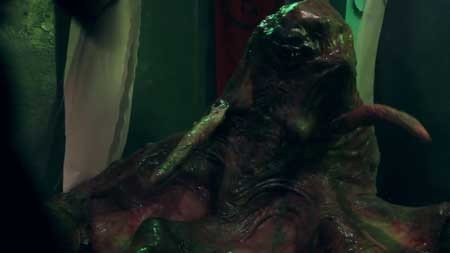 Going in, I wasn’t quite sure what to expect. I knew it was low budget and obviously these kind of films can be really bad. But the cast and crew really delivered a fun, silly film that I think most will enjoy. Remember the Troma question, though, because I’d advise not watching if you aren’t a fan. One of those films that’s best seen with a group of friends.