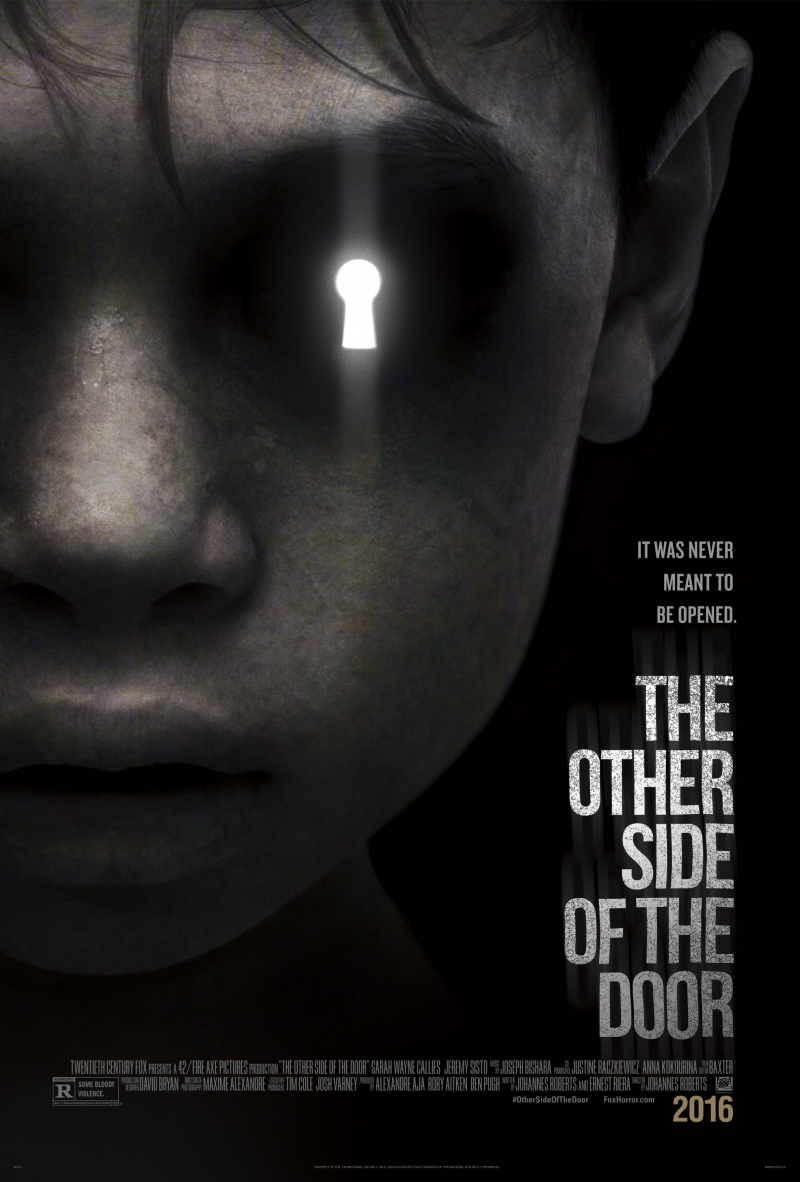 A family lives an idyllic existence abroad until a tragic accident takes the life of their young son. The inconsolable mother learns of an ancient ritual that will bring him back to say a final goodbye. She travels to an ancient temple, where a door serves as a mysterious portal between two worlds. But when she disobeys a sacred warning to never open that door, she upsets the balance between life and death. 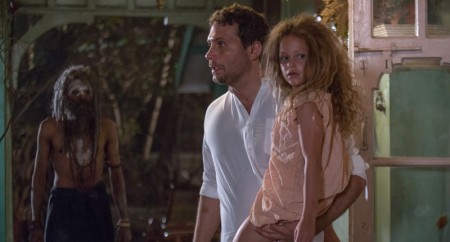 I think it’s safe to say that the horror films that are I’ve seen so far this year aren’t much to shriek about. Save for The Witch (which at the very least is ambitious), I haven’t seen anything that’s scared me enough to avert my gaze from looking at it (save for my mortgage bill…yikes!). The latest horror film to hit the big screen comes from 20th Century Fox and is called The Other Side Of The Door, and it does absolutely nothing to change my opinion about the current state of big screen horror films that are being foisted upon an unsuspecting public.

Michael (Jeremy Sisto) and Maria (Sarah Wayne Callies) are happily married and live in India where they run a successful antique import business. They have one daughter, Lucy (Sofia Rosinsky) and their life seems to be idyllic. But Maria suffers from horrific nightmares that cause her to lash out on her sleeping husband. You see, they once had two children, Lucy and Oliver (Logan Creran). But Oliver drowned after Maria had an auto accident and drove their car off of a bridge and into a river. Maria managed to save Lucy, but she couldn’t go back to save Oliver (who was pinned in by a malfunctioning seat belt). Maria blames herself for her son’s death, and her nightmares stem from that tragedy. 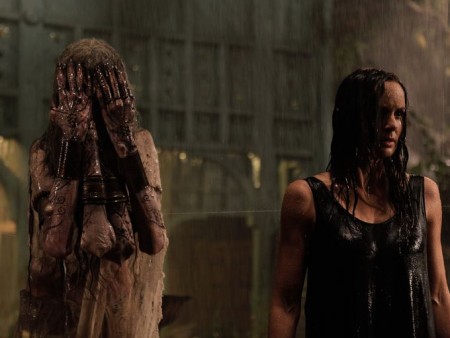 The family has a nanny/maid/housekeeper, Piki (Suchitra Pillai-Malik), and she sees how Maria suffers over the loss of her son. In an act that can be construed as one of pity, she offers Maria a way to contact her son so she can say goodbye to him. Piki tells Maria of an abandoned temple deep in an unspecified forest where she can speak to her son, but there are certain things she must do first. She has to dig up her son’s corpse, then cremate it and travel with the ashes to the mysterious temple where she must spread the ashes in front of the temple door. After doing this, she will be able to speak with her son, who’ll be on the other side of the door. But Piki emphasizes that Maria can only speak to her son through the door, she must not open it, no matter how much Oliver begs & pleads with her to. If she does open the door, she’ll be upsetting the balance between life & death, and that’s never a good thing. But of course she opens the door, and in doing so she releases her dead son’s spirit. And that’s never a good thing either… 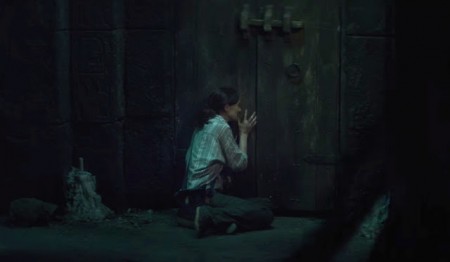 It would’ve been a hell of a lot easier to just call this Pet Sematary 3 and be done with it, as there are more than a few nods to Stephen King’s classic novel. Writer/Director Johannes Roberts (who excreted a film called Storage 24 back in 2012) seems to go out of his way to make sure the similarities between this film and Pet Sematary are front and center. Sadly, he pretty much forgets about everything else that would make this film even remotely interesting. Things like characterization, pacing, atmosphere and logic are all summarily tossed out the window and replaced with the standard package of jump scares combined with loud shrill music to complement them. 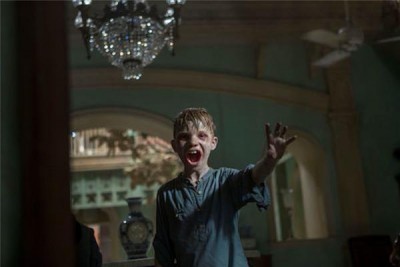 And guess what? None of them work. Not even for a second.

About the only thing that this film does right is place its focus squarely on Maria. Sarah Wayne Callies is a genuinely gifted actress, and she does a great job here as the tormented Maria. All of her feelings are front & center here, and Callies fully understands that. She illustrates all of the myriad feelings Maria is going through truthfully & believably. She’s the only reason to see this film at all. Poor Jeremy Sisto’s character is so underutilized that he’s pretty much wallpaper – bland wallpaper at that. The script also makes him out to be an idiot. Maria goes off to dig up her dead son, then cremates him (outdoors. On what looks like an exaggerated campfire yet), then takes the ashes on a train to that darned forbidden temple, then contacts her son, etc, etc. Yet he’s pretty mellow once she finally arrives back home, meekly accepting her feeble excuse for being gone so long. Pillai-Malik is so somber and foreboding that you know she’s gonna start some mess as soon as she makes her first appearance, and she mumbles more than a few of her lines to the point where she can barely be heard, let alone understood. There are a few appearances by the Aghori tribesmen, who traditionally worship Shiva, and cover themselves in the ashes of the dead. They make an appearance every so often in order to facilitate some of those meaningless jump scares I mentioned earlier, but I really didn’t understand what other purpose they might’ve served. 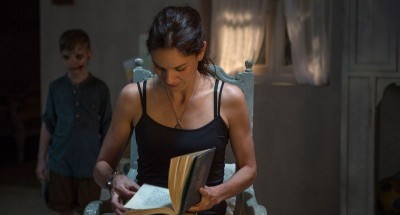 In actuality, The Other Side Of The Door does a few other things right. The flashback scene in which we find out what happened to young Oliver is both harrowing and frightening, it works very well. Tack on a prologue that’s predictable, but surprisingly potent and you have all that’s good with this film. The rest of the film and its components combine to make a dull and surprisingly ugly drama masquerading as a horror film. I’m really tired of watching the steady stream of mainstream studio backed horror films that do nothing to push the genre into new and interesting territory. If you’re starving for genre based entertainment, do yourselves a favor and stay hungry for a while longer. Send the studios a message! Tell them that you aren’t going to spend your hard earned money on these formulaic, cookie cutter horror films that do nothing to further the genre. The only reason to see this film is to see Callies excellent performance. But if you’re not a fan of her work, do yourselves a favor and don’t bother wondering what’s on the other side of this door.