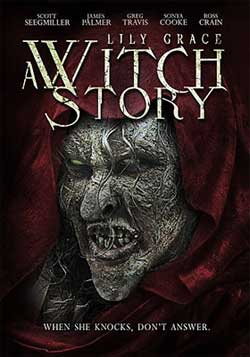 An unlikely duo teams up to thwart the supernatural sinister intentions of an ancient witch known as Lily Grace.

Lily Grace tackles content for the horror aficionado that is often over looked or somewhat of a rarity. In a sea of sub cultures fixated on zombies, found footage and ghosts of an unknown origin, this witch story embodies a script with original ideas with a terrifying subtext. The outline of a prominent witch coupled with a supernatural overtone promises to be a most delectable treat for even the most jaded of horror fans.

Ronald Baker is a successful, over achieving lawyer yet still suffers from insecurity issues as a result of an authoritative emotionally distant father. After constantly seeking his approval, Ronald soon realizes it’s too late as his father passes on and he must go to his estate to settle his affairs. On the surface it appears as though the plot line is somewhat cliché. The writer and director seem to know their audience well and the overall plot will appeal to a vast audience. Many of our individual’s fears spawn from our upbringing and exploited dysfunction. Director Wes Miller has a firm grasp of this concept and manages to lure the viewership deep into empathizing with the lead protagonist’s plight.

The dynamic between characters Ronald and Jake Simons (played by James Palmer) is intriguing if for no other reason than the two meet as adversaries and then find a common bond to join forces in defending the estate against a menacing force. Some of the dialogue exchanged is humorous and a welcome levity in contrast to the rising tension. At times the acting seems a bit jilted but for most part on an even keel for what one may expect in an independent scream feature. The sparing session is perhaps the most memorable of the film and comes across as a middle school spat rather than any serious bloodshed.

Ronald’s obsession with jazz music seems a little out of context and borderline irritating. The music manages to eclipse the remainder of the soundtrack and often its delivery comes across as absurd. Character James even makes comment a time or two about how irritating his records are. It seems to strike a chord with the remainder of those watching.

A band of would be thieves enter the fray and sadly just aren’t portrayed very convincingly for even the least savvy of audiences. Their presence alone simply seems to be murky in the plot development and distracts from an otherwise well written script. Many viewers will have difficulty buying into the whole swash buckling trio ordeal and may ultimately abandon the spectacle before the final credits.

The special effects are no question noteworthy especially taking in consideration a shoe-string budget. Once we get an actual glimpse of the actual witch Lily Grace the payoff is astronomical and will render many writhing in their seats. I would be most interested in checking out additional projects this special effects team and seeing their final product. Special kudos go to the director for managing to convey an elusive sense of scare tactics. The viewer is prompted on a subconscious level to create their own imagery of the evil forces. As a result we’re invited into facing our own deepest, darkest fears and the roller coaster ride is harnessed most effectively. 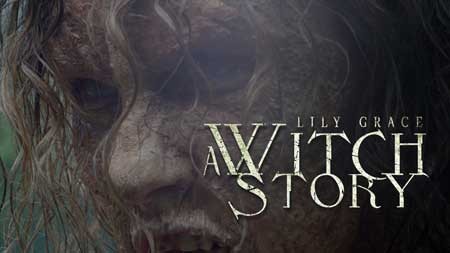 Unfortunately the final execution of the heightened climax comes across as a comparable eighties montage fully equipped with synthesizer soundtrack and falls far from its mark of maximum impact. The film definitely isn’t for everyone but in hindsight one could do far worse in their entertainment selection for an evening. There’s no doubt the prospect of Lily Grace: A Witch Story appeared tremendous on paper but in the end the impact was lack luster and will get lost in the shuffle. 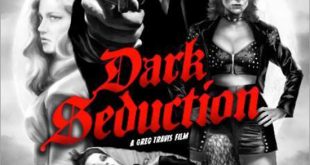 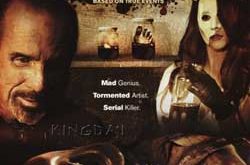