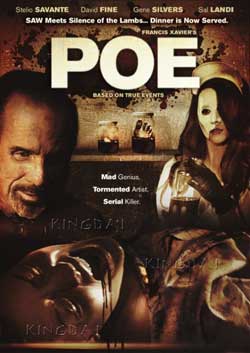 Brilliant and wealthy Dr. Andrew Casey is a serial killer who goes by the name ‘The Chef’. One night eleven years ago his wife found out. He was arrested and imprisoned at Marathon County Asylum for the criminally insane. Eleven years pass and he is released, completely rehabilitated and moves to Los Angeles under the alias Mr. Jack Conway. Yuppie and former teacher, Johnathon Poe, a descendant of the famed writer Edgar Allan Poe and a brilliant writer in his own right is about to form a bond with the chef as the great doctor begins his spree of killings and cannibalism again. 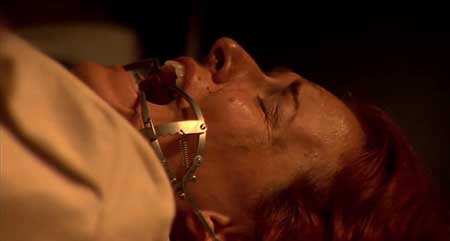 Jonathan Poe is a once successful writer, he is also the great, great grand nephew of Edgar Allen Poe. His success, however, has begun to wane and his literary agent has convinced him to take on a contract to spend time with Dr. Andrew Casey who was recently released from an asylum and considered rehabilitated. Eleven years prior, Casey had been convicted of murdering and eating numerous victims after being discovered by his wife. After arriving, Jonathan quickly discovers that Casey is once again kidnapping victims and eating them and is being forced to record the experience. 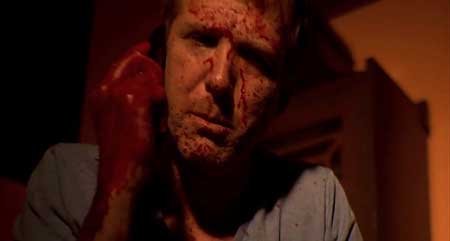 The first and most problematic issue is the tight framing of shots used throughout the entire movie. Nearly every scene is a close up or poorly cropped shot that gives the film an uncomfortable claustrophobia. Instead of using this claustrophobia to create tension it instills confusion and incredulity. Characters are regularly talking out of frame before entering or suddenly appearing in the room having not been shown before. There is nary an establishing shot to give the audience a sense of place and even police interrogations occur in a white room so they appear to happen nowhere. 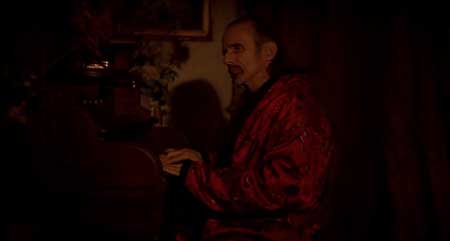 In addition to feeling lost the script is very wordy and heavy on ill placed exposition. Large sections of time are devoted to characters sitting down and talking about what should be happening; even a chunk of the third act is given over to more back story that has little impact on the events. This is a textbook example of why film makers and story creators are taught the old adage; “show, don’t tell.” 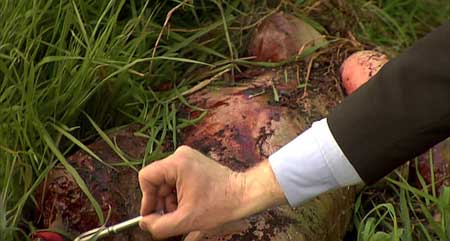 Despite the acting being bland, dry and lifeless the cast is actually the one shining aspect of “Poe.” Dr. Casey is played by David Fine (“The Pursuit of Happiness”, “Rent”) is sufficiently creepy as a calm serial killing cannibal, Stelio Savante (“A Beautiful Mind”, “My Super Ex-girlfriend”) gives a solid performance considering what he had to work with and Chritsy Sturza does well as one of the victims. As a former wrestling fan I was tickled to see Mike Iorio (“My Super Ex-girlfriend”, “Clones Gone Wild”) playing the right hand man for Dr. Casey; some of you may know him better as part of F.B.I. (Full Blooded Italians), as Big Guido. Regardless of effort this is a case where someone else’s work, whether the directing, writing or a combination of factors, can bring down the quality of a performance. When the exposition is poorly handled, and not to mention excessive, it will always drag an actor down and when coupled with unimaginative directing the acting falls flat; this is no exception. 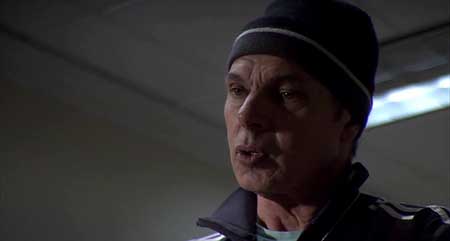 Watching “Poe” is definitely a painful experience but if you watch it you’ll never know since it is also a boring and anesthetizing one. This movie plods through pointless dialogue while maintaining less flavor than formica and uses overcomplicated semantics to eventually have almost nothing to do with Edgar Allan Poe. To be fair there is an attempt to mimic the gothic tone and mood of his writing but I gave up after an early scene (the whole shot was nearly pitch black as the only light source was a candelabra and not actually lit with lights) where Jonathan inexplicably discovers a secret room behind a bookcase. With such heavy-handed homage and poor film making, there is no reason to be drawn to this movie regardless of how big a fan you are of the real Poe.