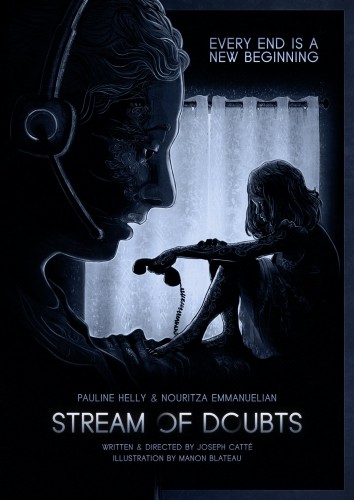 A young woman needs your help to find her life purpose. A drama short-movie about your place in the cosmos. Sort of.

More short films! Today we have STREAM OF DOUBTS from writer/director Joseph Catte. This is a French language film with English subtitles. I know a lot of people get turned off by having to read subtitles, but don’t let that keep you from this one. 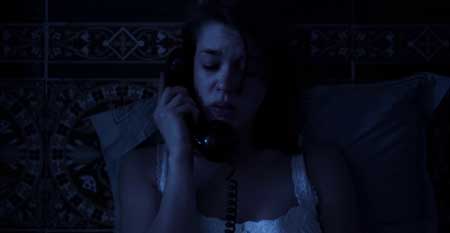 A young girl is having an existential crisis. She feels her life is empty, has no connection with anyone, and is lost. So she calls a hotline and speaks to a crisis operator to try and sort it all out.

The fact that the film is not in English gives it another dimension. it feels all that much more alien to the viewer who does not speak french. The nameless caller is so desperate and alone, and when she reaches out to the operator we can feel just how unhappy she is. 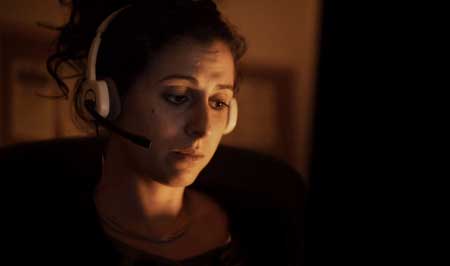 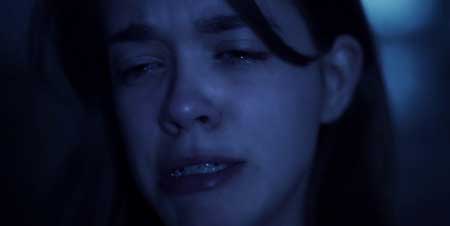 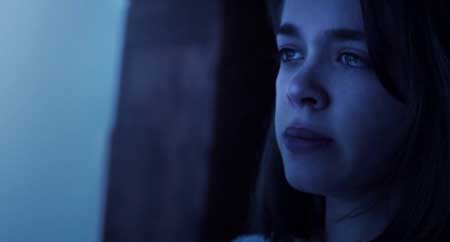 The cast and the director have very long IMDB listings, mostly french language productions. There is a lot of experience on the screen in this film. The credits do not say who plays which character, but the two actresses are named Pauline Helly (caller) and Nouritza Emmanuelian (operator). Their performances are gripping and effective. These two characters carry the story, a story that seems to be much more than we are given.

The film is surreal and strange. I get the feeling there is a strong message being conveyed, and I feel that message will be different to each viewer. There are a lot of subtleties in both the story and the performances. This film has been lauded at several film festivals, and I can see why. Apparently this film debuted at some stage on Vimeo, and is still currently residing there. I would recommend watching it there.

So using my special “short scale” of one to five, five being awesome, I’m giving this film 4 coffees. 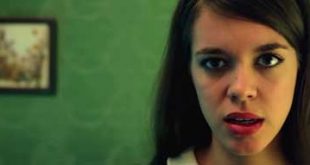