Film Review: Nightsatan and the Loops of Doom (short film) (2013)

A post-holocaust action adventure set on the deserted wastelands of Eastern Finland in 2034. A trio of synthesizer warriors calling themselves Nightsatan conduct musical rituals in order to maintain what is left of their sanity.

Yet another short film, although this one isn’t the usual fare. From Twisted Films and writer/director Christer Lindstrom (AKA CHRZU), we have NIGHTSATAN AND THE LOOPS OF DOOM.

The year is 2034. In the post-apocalyptic wasteland of Karelia, the last men wander aimlessly. Women are not extinct, but rare. Music has become the mantra of these last survivors, playing their songs to maintain sanity and stability.

At the center of this desolate tale are three traveling survivors/musicians (Inhalator II, Mazathoth, and Wolf-Rami) known collectively as Nightsatan. They are in pursuit of a wild woman, seen running across the wasteland into nowhere. Unknown to our heroes, the woman is now the prisoner of an evil child and his gender unknown parent. Soon the wild woman will be the newest plaything in the child’s twisted works of art. 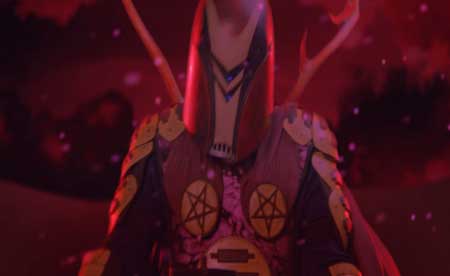 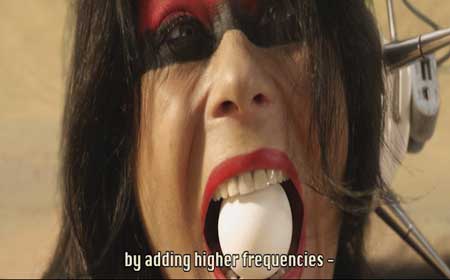 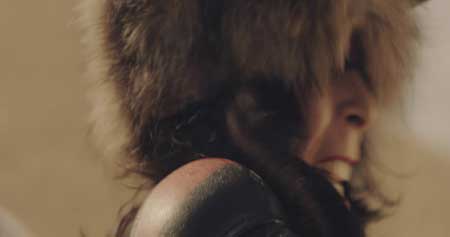 Music is the religion and the power, but is their music strong enough? Can Nightsatan save her?

I LOVE this thing. I just kept thinking of films like ROCK AND ROLL NIGHTMARE and ROCK AND RULE. The first few minutes are almost a “tone poem”, setting up this world for you in the most beautiful, yet disturbing way possible

The film was made in Finland in Italian. It’s a homage to the beautifully awful post-apocalyptic films made in Italy during the 1980s as an attempt to cash in on the popularity of films like Mad Max. I love cheesy apocalyptic films from the 80s.

I may have mentioned that once or twice.

Anyway, this thing absolutely captured the nuances of these films, right down to the lens flare, strange lighting, and costuming choices. And don’t forget the sexuality (we got boobies), cannibalism (we got blood), violence, brutality, and general weirdness (we got…eggs?). Even the score is perfectly “end of the world” -ish.

Oh yea. The score. NIghtsatan is a real band, folks. Inhalator II, Mazathoth, and Wolf-Rami are playing THEMSELVES in this picture. They play what is being called “Lazer Metal” – a style of music that pays tribute to the music of bands like Goblin with some electro/techno flavor thrown in. It’s hard to explain actually…

There. look them up on your own time. They have a lot of material out there. Two albums, including the soundtrack to this movie (of course)

If this film had come out back in the day, I would have bought the laserdisc on the day of release and I would have watched over and over again.

And I just totally aged myself, didn’t I?

So using my special “short scale” of one to five, five being awesome, I’m giving this film 5 keyboards.