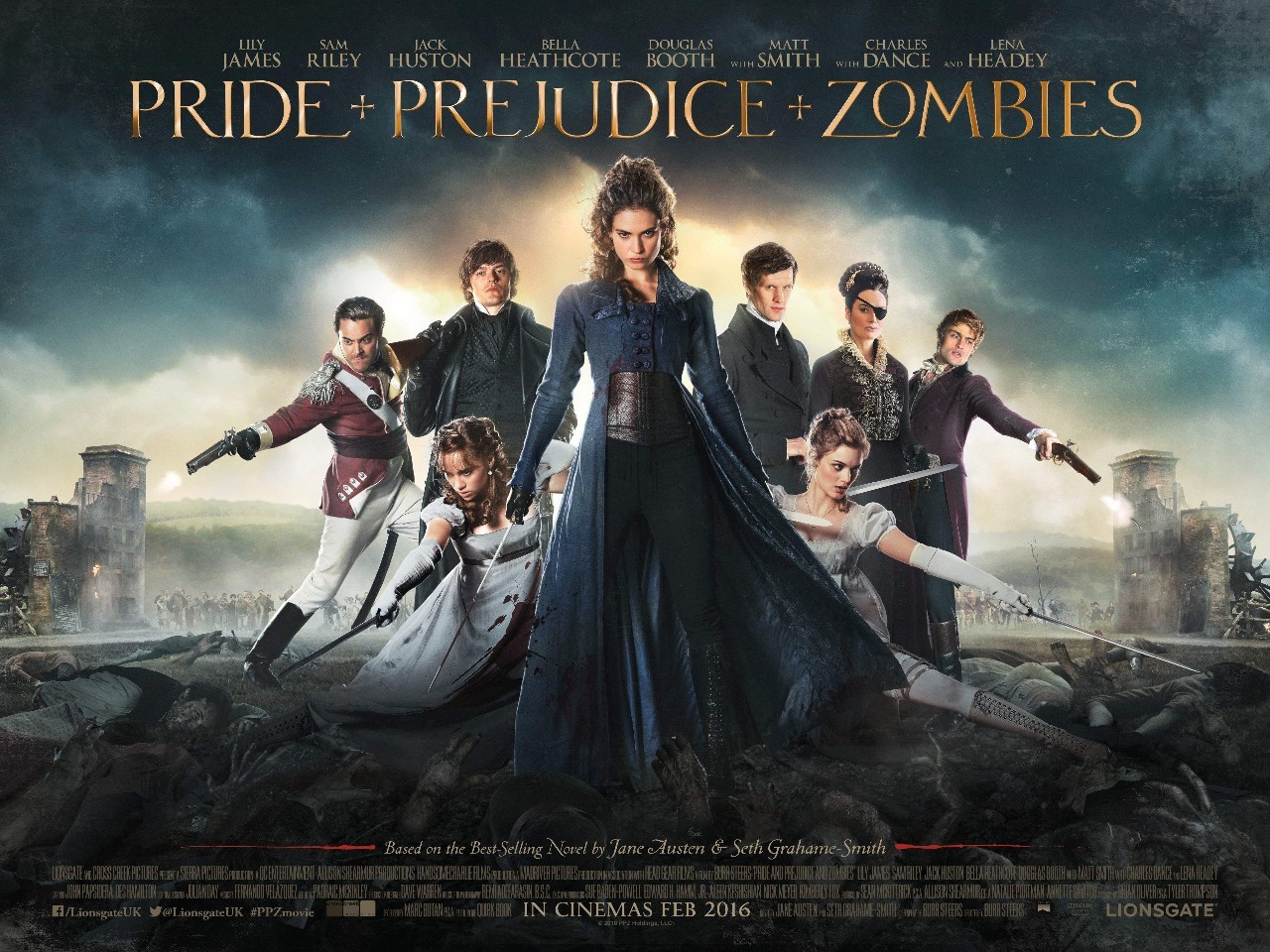 I’ve never been a fan of Jane Austen, or her novels. I understand and respect them for their place in history, and I understand how popular they’ve been over the years since their original publication. But they just aren’t my bag. Never have been, never will be. When I find myself in need of a good read, I pick up a nice, fat film reference book, maybe a magazine like FANGORIA. But you’ll never find me reading anything by Jane Austen. I mention this because I went into watching Pride And Prejudice And Zombies (PPZ from now on) wondering what to expect. I couldn’t think of a way that mixing the tones of a zombie film, and a Victorian era drama could be anything more than folly of the highest order. Although I haven’t read it, I’m very familiar with Seth Grahame-Smith’s extremely popular novel from which this film is based on. But all that association did was remind me of the 2012 adaptation of his Abraham Lincoln: Vampire Hunter, which was a near total disaster. So I wasn’t exactly what one might call “stoked” to see this movie. 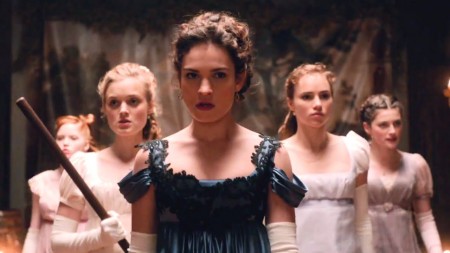 In the film, the Bennet sisters of Hertfordshire are sword swinging masters of the martial arts, apparently they were simple country maids in Austen’s novel. So when a plague that turns the dead into reanimated flesh hungry zombies suddenly arises, they’re all well prepared for whatever might occur. Elizabeth (Lily James), Jane (Bella Heathcote), Lydia (Ellie Bamber), Mary (Millie Brady) and Kitty (Suki Waterhouse) live with their well off parents, Mr & Mrs. Bennet (Sally Phillips & Charles Dance) in a large mansion that resides inside of a walled off London that’s accessible by only one bridge (thanks to previous attacks by the zombies). But Mrs. Bennet is anxious to get her daughters married to wealthy gentlemen callers, so there’s a steady stream of well off bachelors who stop by to ogle the ladies, and perhaps woo them. Quite frankly, the only sister who stood out for me was Elizabeth. The other four looked so similar I couldn’t tell one from the other.

Mr. Darcy (Sam Riley) is something of a investigator, constantly hunting for zombies that have infiltrated society, lying in wait to feast on human flesh. It seems that the transformation from human to zombie takes different amounts of time for different people. So one could conceivably get bitten and still function in society until the urge to consume becomes too hard to ignore. We first meet Darcy when he interrupts a room full of aristocrats playing cards. He carries a small vial that contains a few carrion flies (flies that will gravitate towards the smell of decaying flesh), and after releasing them, he discovers the zombie and promptly decapitates him. He’s sort of like the Victorian era version of the comic character Blade, except he’s hunting zombies rather than vampires. But Riley plays him as a grim individual, who apparently doesn’t know how to move any of the muscles in his face since his scowl rarely changes at all.

It goes on from there feeling like an extremely uninspired and spiritless adaptation of the source material with the occasional beheading to liven things up every so often. I know there are those of you who are big fans of Smith’s novel, but I can’t imagine it reads as slow and dryly as this film makes it out to be. The whole thing felt foolish to me, casting the British as a group of pompous and stuffy headed idiots who continue to live their aristocratic lives without paying much mind to the war going on between them and the reanimated dead. Again, if this is the way the book plays out the scenario, then you’ll be ready for this nonsense. The tumultuous romance between Elizabeth and Darcy takes up most of the first half of the film, with writer/director Burr Steers keeping the pace of the film slow and meandering. The proceedings pick up a bit in the second half, but the surroundings are all so gray and drab, that once the zombies started to appear more frequently, I found myself admiring the splashes of color (mostly red due to their wounds) their appearance brought to the film. It all comes to a head at the climax, with Elizabeth and Darcy on a horse, racing to get across the only bridge to London before it’s blown to bits in order to keep the growing zombie population from getting across. 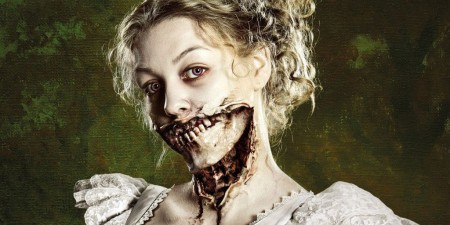 But the resulting explosion is way too reminiscent of a few scenes from Abraham Lincoln: Vampire Hunter, and there’s no way that horse got across the bridge before getting blown to bits. The film doesn’t know what it wants to be either. It unsuccessfully tries to meld tropes of drama, comedy and horror into something entertaining, but none of it really works. Tonally, PPZ is all over the place, never settling into a groove or giving the audience much of anything to take interest in. But there are a few good performances here, with Lily James and Charles Dance making their scenes palatable. Indeed, James carries the film on hr fair shoulders, and does a great job as she beheads zombies and bewitches Mr. Darcy. All other tech credits are competently handled, save for the zombie makeup which looked heavily CGI enhanced. 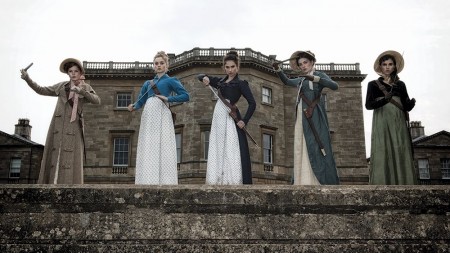 Movies like this one, in which wildly disparate genres are mashed together work better on the printed page I believe. I’m positive that the millions of people who’ve read both Austen’s original novel and Smith’s update envisioned a far more interesting film in their minds as they happily read the books. So far, adaptations of Mr. Smith’s novels are 0 for 2, and I hope this one will be the last of them. The best thing in this film is the imaginative, pop up book visuals in the beginning of the film, which tell how the whole mess got started and are smartly narrated by Mr. Dance. But it’s pretty much all downhill from there. If you’re a fan of the book, you might get a modicum of enjoyment from the film – but just a bit. If not, you’ll probably be bored out of your wits, and find yourself snoozing comfortably in the warm confines of your local cineplex.

Pride And Prejudice And Zombies – 1 out of 5 shrouds.