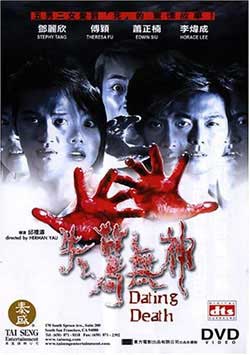 In this thriller, a group of friends — Sophie (Theresa Fu), Lily (Stephy Tang) and five guys — vacation at an island villa. All the men — including Ken, who’s seeing Lily — reveal that they find Sophie most attractive. In the morning, Ken is dead. A year later, the friends get post-mortem invitations from Ken to return to the scene of the crime. Soon enough, another murder takes place, and the remaining friends are trapped on the island.

Not a great film by any means, though I might as well talk about it after giving this piece of ass wiping a proper viewing. To save you some time, it took me 2 nights of falling asleep to get through it and the acting was so bad it was comical (unintentional, I’m sure)

The film brings together a bunch of friends who get together once year at a faraway (computer generated) villa to hang out and play games (ya I bet that pulled you in now…NOT). After a night of game play, one of the game-playing idiots, Ken winds up dead with nothing left but a severed hand found on his bed and a overdone trail of blood. Now let me pause here for comic relief. Their reaction to this is so freaking convoluted it should be a repeat viral clip on YouTube. (insert director cue – “ok kids, now scream altogether”)

Of course after the police come and everyone is in shock, they declare the body as missing and that’s that. That’s that? What fantasy world are they living in? “Oh sh*t can’t find the body ….I guess you all can go …though keep in touch”. What a joke. Shoot me now!

So fast forward to the future when they all receive mysterious invitations from this deceased Ken and the ol gang gathers once again to exchange notes about how things are going and why they received a invite from dead Ken. The much older gang now coming from different lifestyles and talents, even though they pretty much look the same as they did in the past gather once again. One guy does magic now, but to add to the ridiculousness, the magic is just cgi editing tricks with crap popping into his hands…. (Didn’t they do this in the “Puff and Stuff” series) The others have varying backgrounds also but who gives a crap. The narrative tries to be a clever mixer of a story but lacks scares, good dialog and good FX. So what you are left with? Maybe some subtitles that flash by way too quickly and an evening of sh*t.

Yep, its an Asian version of the “friends” series combined with a bit of “Friday the 13th” body counts. Now bear with me as the next hour is one numbskull after the other getting knocked off by what appears to be the ghost of Ken. Add to that the fact that each of these brats are pretty annoying to listen to as they overact and compare notes of who likes who. Then there’s a reoccurring hand print that appears on the ceiling, that is just plain stupid. A murder mystery progresses, added to the hallucinations of dead Ken flying down the hall on a dolly. Also dead Ken seems to have riga mortis setting in – even though he’s been dead for quite some time. So at this point so I don’t have to waste much more of your time, a killer is eventually revealed and dead Ken comes back to save the day. If you haven’t fallen asleep at this point, you’ll find out who it is and then can use this DVD for cat litter to call it a night. A perfect Xmas gift for someone you hate, give them the gift of “Suck” 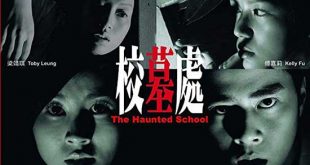 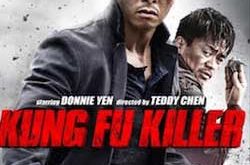