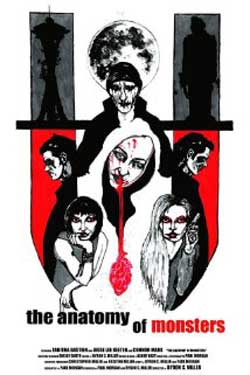 Andrew lures a woman to a motel room with homicidal intentions. He quickly discovers that she may be more dangerous than he could ever imagine. What follows is a deadly game of wits, and a soul bearing confession.

The Anatomy of Monsters is thriller from 2014 and based in Seattle. There are few words that describe this movie as well as amateur. The script is charmless and the cinematography goes hand in hand with the sloppy editing. There is very little to make anyone want to see a movie that is this poorly crafted. 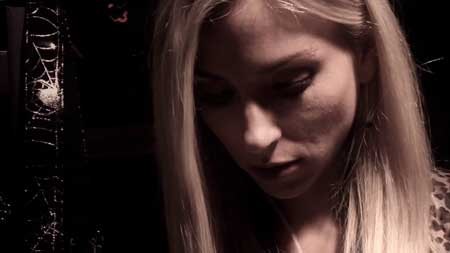 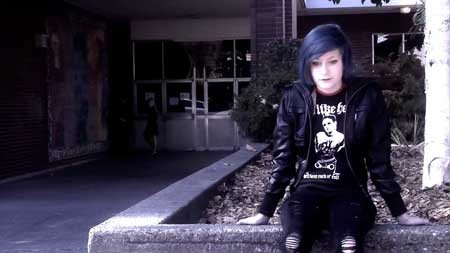 Andrew intends to meet a girl in the bar with the intention of murdering her. He comes across Sarah, played by Tabitha Bastien. When they hit it off they go to a seedy hotel where she gets handcuffed and he wields a knife at her menacingly. At that time she reveals that she is a killer herself and he was a target for her. They then discuss what made them the killers that they are using flashbacks.

It feels like Tabitha Bastien is trying really hard with the material. She might be an okay actress if the project was not something awful. Unfortunately, the script, production and other actors do not do any favors for her and her performance falls flat. She is attempting to carry this movie and there is just not enough support to make anything she does memorable. Andrew is written as a sociopath and you would have to be blind, deaf, and dumb to not notice that this is a guy who looks at women and wonders if he can wear her skin. There is nothing subtle about it. 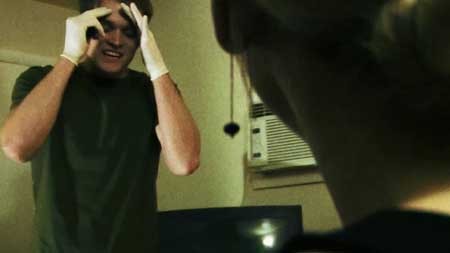 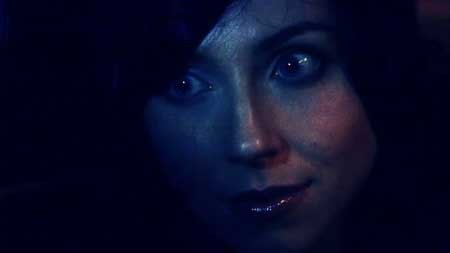 The filter on the lens seems like it has the Photoshop burn tool covering the screen. Andrew’s knife is clearly not real and you would think that would be an easy prop to get for a film. The blood effects and Foley sounds are poorly done and do not convey any seriousness in their shoddy quality. Even the music does not do any favors for The Anatomy of Monsters; there is a near constant techno soundtrack and often the volume is so much that you need to struggle to hear the actors.

The script is awkward. The jokes do not land and the scenes are black holes of wit. For example, a little girl’s father has a problem with their family cats disappearing so he says: “I’m not taking out a second mortgage to restock our cat supply.” The script does not even agree with what is on screen. When someone says: “You are holding up traffic.” It helps to actually have there be traffic in the street. There is also a flashback within a flashback, which comes off as lazy screenwriting. 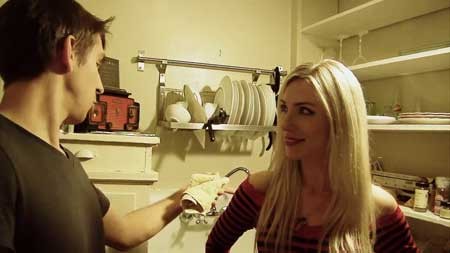 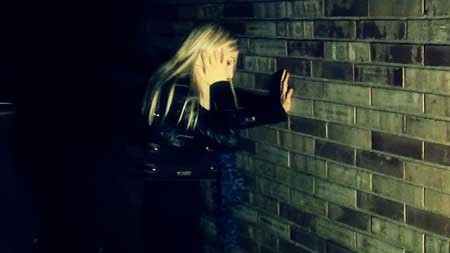 There is an homage to the movie Halloween that adds nothing to the plot. It is as if the writer felt that pop culture references would automatically equal humor. Characters that are supposed to be quirky and charming just come off as creepy and annoying. The makeup effects are all things that could be done by the local high school drama class and the action is lazily done in such a way that the only people that will be pleased by the results will be the actors that can now add “stage combat” to their resumes. 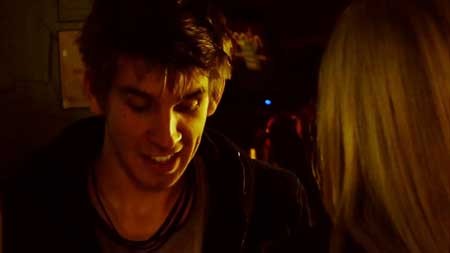 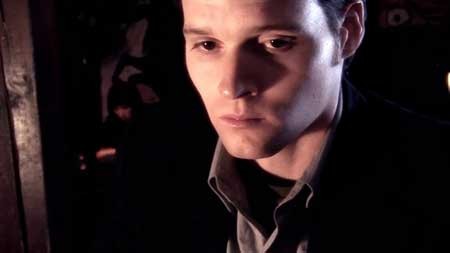 I cannot recommend this movie to anyone beyond the person looking for something in the “How did this get made?” category. It is not particularly well made nor does it seem to have a message of any sort. It is also not a funny movie in any sense of the word. The bizarre framework for the entire love story is truly unentertaining. The entire idea of a serial killer looking to make things work within their daily lives has been done better. Even charismatic killers exist in the forms of Dexter and Henry: Portrait of a Serial Killer. If there was more time to re-write this script idea and re-edit this movie it may have been salvageable. This is the sort of movie that you might need a palate cleanser after so that you do not lose hope that there are better films out there.