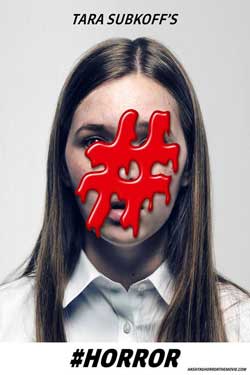 Inspired by actual events, a group of 12 year old girls face a night of horror when the compulsive addiction of an online social media game turns a moment of cyber bullying into a night of insanity.

Along with a rise in cat memes, John Travolta gifs and misappropriated quotes from dead people, the social networking boom of the last decade or so has brought with it an ever increasing number of people willing to point out how shallow and soul crushing technology is. Every other week, an artist will produce a piece of work that identifies smart phones, mp3 players, tablets and other black mirrors as the start of mankind’s downfall. ‘Watch out!’ they collectively cry, ‘Life is passing you by. The Internet is evil! Burn it all down and pour salt on the dirt so nothing else can grow here.’

All of which may sound hyperbolic, but it’s hard to deny a growing culture of looking down our noses on those who spend their time on youtubing, facebooking, and grindring. The cast of characters in Tara Subkoff’s #Horror certainly help bolster the case that the Internet et al should be restricted in its usage by some people. Particularly when it comes to the hardest of things to justify on the Internet: Cyberbullying.

#Horror focuses on the effects of Internet’s instant fame, along with it’s bedfellow of ‘likes’ can have on people. Or more precisely, a group of twelve-year-old girls. Rich tyke Sofia (Bridget McGarry) is having a sleepover at her lavish two-storey pad in the woods. With dad away and mum (Chloe Sevigny) off for another twelve-step meeting, Sofia and her friends are free to play with mum’s jewelry, drink her vodka and take selfies. Endless selfies. Constant selfies from now until the sun burns out and we all die freezing in our beds. On top of that, they snipe at each other. Snipe, bitch, harass, before immediately becoming friends once again. Their attitude and friendship presupposed by the numerous episodes of Keeping Up With the Kardashians they probably watch on loop during their down time. The audience is permitted to see the girls’ social profiles, which are accompanied by a wave of bings and dings from the constant updating of their followers ‘likes’ and Subkoff throws a CGI montage of narcissism and death at the screen that will deafen and offend many. 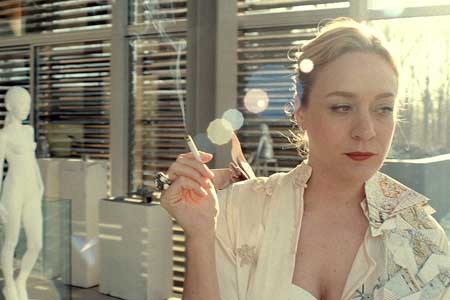 When one of their number, Cat (Haley Murphy) takes things a little too far, she’s promptly kicked out of the house to fend for herself in the cold woods. And that’s where things start to go awry. Or at least they should do if this were a conventional horror film. Except it’s not. Yes, people will die. And yes, there will be blood. However, the true horror of #horror is the way the girls interact with each other whilst they post videos and pictures for an unseen audience online.

Just as quickly as Cat is kicked out, the remaining girls focus their attention onto the fattest of their group, ensuring that every cupcake she eats from this point onward will taste of bitter tears. These are horrible people and Subkoff’s script rings true with the hypocrisy of tween dialogue; calling each other ‘honey’ one minute and then suggesting they kill each other the next. It’s like The Virgin Suicides broke out into a fight with Mean Girls. The actors who play the girls should be commended for their performances which see them tackling topics perhaps outside of their frame of reference, including sex, self-harm and abusive parenting.

However, once Subkoff decides to let the blood run free, #Horror loses some of it’s steam before eventually falling into the steady pace of a rather pedestrian slasher film, that sees the girls running from room to room and screaming very loudly. I’m not saying the film should its general concept, as the final minutes of the film provide the final punchline to whole sorry story. However, by removing the slasher elements and focusing on the death and destruction of these young girls because of their online addiction, then the film would tighter whilst maintaining it’s theme and key message – the internet can be a terrible bastard; keep out of reach of young children.

Perhaps more art than it is a genuine narrative, #Horror is still an interesting piece of work.