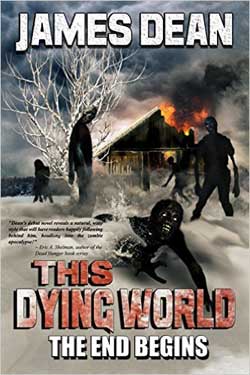 This Dying World: The End Begins

Daniel Foster is your average ordinary, everyday type of guy. Husband, father and brother with a razor sharp wit, he copes with the mundane the life brings forth with sarcastic exuberance. Everything isn’t perfect but it’s perfect enough in the Foster household. Until one morning he awakens to find the world around him has completely come unhinged. As he witnesses his neighbors and pillar members of the community lurking on the streets like reanimated corpses a level of high danger shrouds the air. He slowly unveils that a lethal pathogen like virus has infected the damned and anyone is susceptible to infection through airborne contamination or even passing through bodily fluids. In no time flat the Foster clan is on the run to make a swift retreat to his brother Chris’s remote farm, a sanctuary to take inventory of what may remain in an otherwise grim future. Will Daniel be able to rise above all adversity and find a safe haven in Chris’s home or will he simply succumb to This Dying World?

This Dying World The End Begins is a first person point of view occasionally diverting to the third person persona from this gifted new author James Dean. Now before your subconscious beckons a quip about Rebel Without a Cause or perhaps more cutting edge contemporary P**n Star Punishment let me be the first to assure you that although the name may inspire repetitious Tom Foolery, I assure you the impact in which the craft has been conceived is extraordinarily refreshing, innovative and a most welcome inclusion into the post-apocalyptic genre.

Dean seems to know his market well and conveys his ideas in a clear, concise manner that will no question strike a chord with a vast audience. The prologue neatly sums up the origin of the outbreak and alleviates any unnecessary confusion. He consistently involves the reader by speaking directly to his audience stating such things as “if you survived long enough to read this.” On an almost subconscious level, we’re invited directly into the midst of the story telling process and at the same time breaking down all the barriers that complicate the pace of the plot.

His use of dry wit and whimsical banter as told through the eyes of Daniel Foster may seem a little over the top on occasion but provides a much needed levity to high tension situations. We like the protagonist instantaneously and are anxious to see what fate may lie ahead. It’s evident that there are predominant Dean Koontz and Stephen King influences through Dean’s style and prose. This of course can never be a bad thing. I say if a formula works then run with it. The author manages to fabricate characters that are not only realistic but relatable and their dialogue is entertaining yet natural unhampered with contrived verbal nonsense.

A number of themes and subtext are introduced into the plot. The lead character of Daniel on the onset has a very moral dilemma between saving others and survival of the fittest mentality. It seems like such a simplistic psychology yet Dean manages to exploit the emotions of his protagonists, breathing fresh life into their actions and reactions making each more believable.

Never shy on the gore, violence and gross out factors (let’s face it, for a lot of us these are the first and foremost variables as to why we were drawn to this novel in the first place) Dean has an uncanny ability to paint a most dark and disturbed picture within our minds. Such inspiring vivid imagery is the sort of stuff that will make many squirm with unease.

Exposition although a necessary evil to most stories is handled with the delicate precision of a well-seasoned author. Dean manages to fill in the blanks utilizing media coverage as secondary character. When Foster and company manage to hone in on radio and television broadcasts a great deal of information is shared, crucial to the plot without creating a lot of confusion and unnecessary detours.

Fans of zombie fanfare and post-apocalyptic tales will no question rejoice at the gem known as This Dying World The End Begins. I’d be hard pressed to find any readers on any level that wouldn’t be rendered insatiable for the next edition. 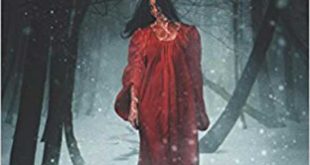