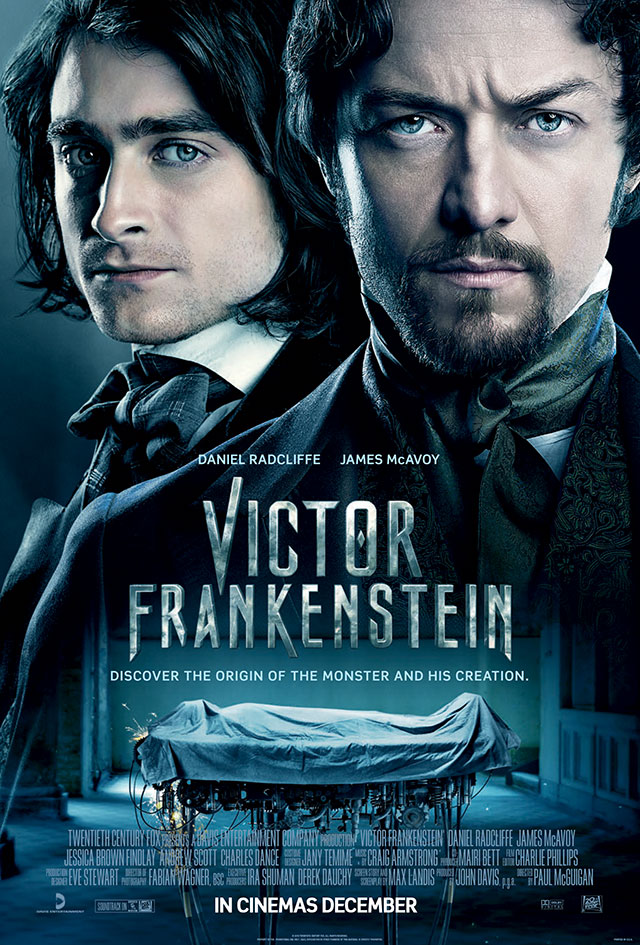 Told from Igor’s perspective, we see the troubled young assistant’s dark origins, his redemptive friendship with the young medical student Viktor Von Frankenstein, and become eyewitnesses to the emergence of how Frankenstein became the man – and the legend – we know today.

Victor Frankenstein has arrived!  Another year, another adaptation of Mary Shelley’s Frankenstein currently playing to near empty theaters across the country. If you’ve seen the trailer for this one (or perhaps got a look at the poster for it), you might be reminded of the Sherlock Holmes films starring Robert Downey from a few years back. And once you’ve sat down to watch this latest interpretation of the classic novel, you might indeed think that you’ve walked into another Holmes film. Director Paul McGuigan (who has actually directed a few episodes of the BBC TV series Sherlock) doesn’t try to hide the wanton theft of style and pace of the Holmes films here, but in a way it fits the story quite well.

But then there’s that story…

Working with a script written by Max Landis, McGuigan’s version of the tale plays out more like a buddy movie housed in Victorian era trappings. James McAvoy plays the titular character, who as the film begins is visiting a rather heinous looking travelling circus. It’s here that he comes across the hunchback, Igor (Daniel Radcliffe, looking a lot like Helena Bonham Carter for awhile), who is quite intelligent (he studies medicine in his free time), but constantly harangued & ridiculed by all who surround him. Victor rescues Igor from the personal hell he lives in, and even helps to remove his hunch (Turns out it’s just a really large abscess. Who’d have thunk?). In return for this, Igor pledges fealty to Frankenstein, and assists the good doctor in all of his experiments. 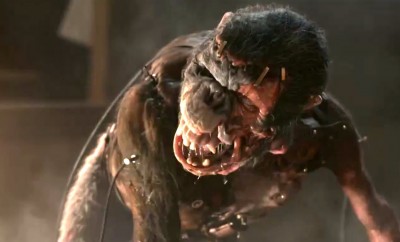 Igor is nursing a major crush on a acrobat named Lorelei (Jessica Brown Findlay), and as she discovers what he and VIctor are up to, she begins to question the nature of the experiments she’s witnessing. The experiments have also raised some interest from Scotland Yard, and Inspector Turpin (Andrew Scott) is dispatched to find out exactly what’s going on. There are more than a few more characters thrown into the mix, but this becomes a problem because Landis doesn’t really give them enough to do, and their individual character arcs are given the short shrift in the end. I ask, why write in so many characters only to forget about them once they begin to get interesting? Landis’ script also tosses in a few beasts (including Frankenstein’s monster), but they too aren’t given very much to do.

There have been some rumblings from Landis’ camp stating that the script he wrote for the film isn’t totally on screen. He’s gone so far as to make the script available for anyone to read in case they doubt him, but I’m just gonna take his word for it. Victor Frankenstein feels incomplete, there are gaps in logic and some odd editing that lead me to believe that great swaths of it have been tossed to the floor of the editing room. This is too bad as it does manage to cobble together a decently flamboyant type of adventure. McAvoy is obviously having the time of his life as Victor, gesticulating wildly and grinning like a madman for most of the film. Radcliffe manages to give as good as he gets as Igor, who oddly enough, wasn’t in Shelley’s original novel at all. Together, the both of them make quite the engaging duo, and their performances keep the film moving along at a nifty pace.

But when you’re calling a film Victor Frankenstein, you’d expect a bit of horror to be featured in it – wouldn’t you? This version of the novel plays out a lot like last year’s Dracula Untold in that it’s more of a straight up adventure film rather than the horror film one might expect. I don’t doubt that there’s room for a great adventure film featuring classic Universal monsters like Dracula or Frankenstein, but this one isn’t it. While the pace is indeed a jaunty one, there’s far too much talk going on here to warrant calling it an adventure or a horror film. It’s more of a fast paced drama with a hell of a lot of fancy Victorian babble, and a momentary break for a creature every once in awhile. 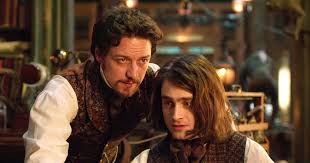 The production design (by Eve Stewart) is gorgeous though, and the cinematography (by Fabian Wagner) is also first rate. McGuigan keeps it all together despite McAvoy’s scene chewing, and the special effects are well mounted also. Technically Victor Frankenstein is quite the treat, but the story is pretty dull and even silly at times. There’s a really good movie hiding somewhere in the bowels of this one, desperately trying to break out of it’s prison. But in the end all Victor Frankenstein manages to achieve is a slick veneer, one that hides all of its scratches and dents. Too bad, it could’ve been a contender.

Victor Frankenstein – 2 out of 5 shrouds.