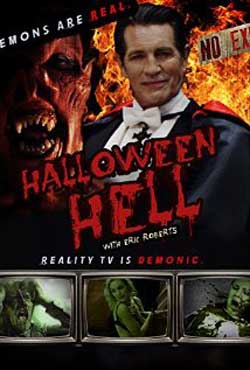 Halloween Hell is a biting, satirical horror movie where a reality show’s contestants are trapped on set with a deadly Devil Doll from Hell, and a psychotic host who thinks he is Dracula. Directed by horror/sci fi cult favorite, Ed Hunt.

A full moon illuminates the night of All Hallow’s Eve, kids loot for candy while the adults attend costume parties and snuggle to their favorite horror movies. Somewhere in a sketchy urban film studio, a psychopath masquerading as Dracula plays the puppet master to a disturbing internet reality show. The game sees a handful of young adults trying to survive inside a grim soundstage with a pissed off demon on the loose. The last contestant standing wins $100,000 dollars.

Halloween Hell is directed by seasoned cult horror filmmaker, Ed Hunt (Bloody Birthday, Starship Invasions). This is his first film since 1988’s The Brain, so it’s understandable if Mr. Hunt is a little rusty and off his ghoulish game. Whether that’s the reason his latest feature is such lackluster schlock remains unclear, and it is just that — a sleazy, micro-budgeted romp, more disturbingly boring than anything else. 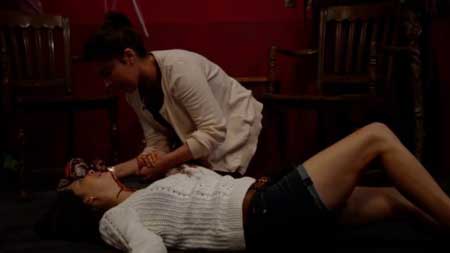 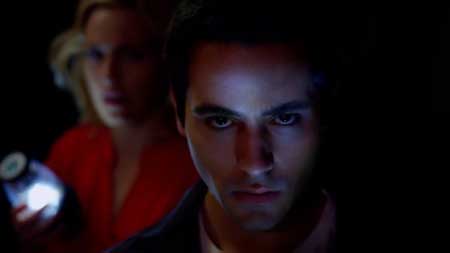 Hunt’s clunker has a few positive elements. The ratings hungry host is played by veteran actor Eric Roberts (The Dark Knight), he’s serves as the only recognizable face next to the gaggle of young, mediocre actors. Roberts seems to take any role he can get (the man has over 50 projects on the go right now), but Halloween Hell must be one of his biggest regrets. The bulk of his performance is spent staring at a screen and taunting the game show contestants as they struggle to survive the night. His portrayal of Dracula is an annoying one, he laughs and gloats while The Demon (Andre Edwards) switches back and forth from a harmless lava statue to a horrific red giant. The film suffers from a shanty look, but they certainly nailed the demon design — a menace that floats in fire and tears through human flesh in displays of rampant violence. True hellspawn, complete with formidable roars, massive bulk, and razor yellow teeth. 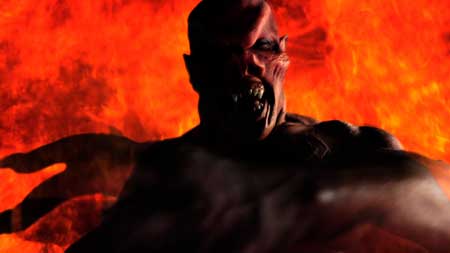 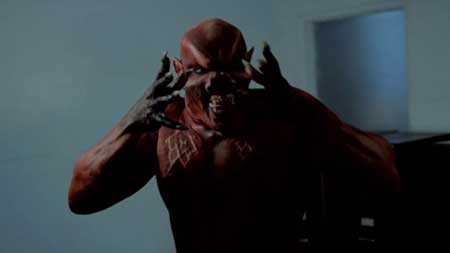 Beyond the impressive antagonist, Hunt’s satirical vision of money crazed, televised immorality is abysmal. Millions are apparently watching these poor souls being murdered by otherworldly forces and nothing is done to assess the situation. No police arrive when the gunfire pops off, no ambulances, and of course, the contestants are without their mobile phones. The entire affair begs us to suspend our disbelief, and that would be fine if Halloween Hell was the least bit enjoyable, but it’s hindered by one dimensional characters. The handsome geek, the hip hop enthusiast videographer, the arrogant All-American cowboy, and, of course, the beautiful Eastern European dancer are all present. And it is hard to care about any of them as they get killed off one by one. 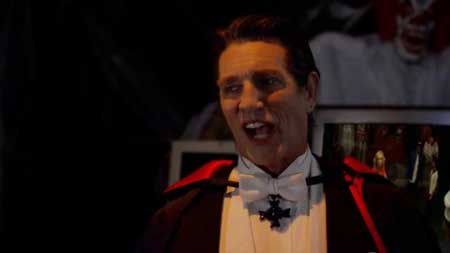 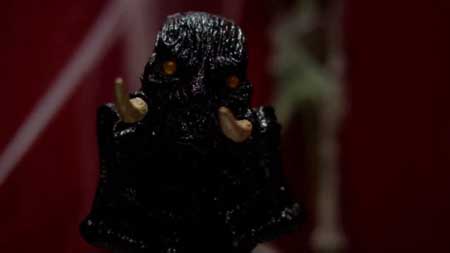 Hunt’s direction is a product of the budget. We see the same demon roaring shot countless times, ditto for scenes of Dracula uttering little remarks in his safe house, surrounded by two scantily clad women. Every component lacks serious depth and talent, the script is riddled with tired catchphrases and bizarre monologues that don’t move the plot forward. 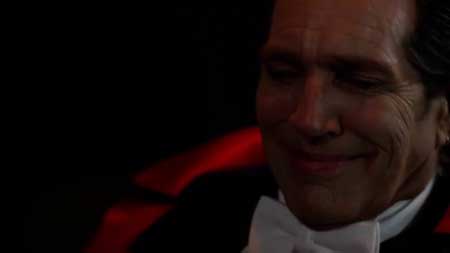 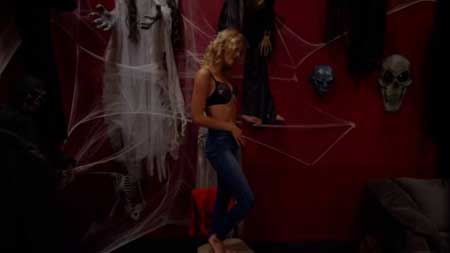 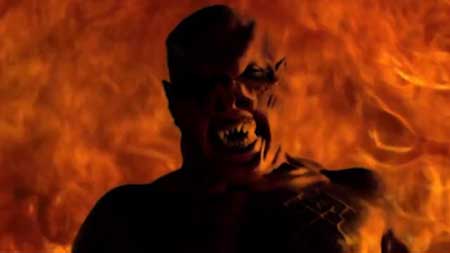 If cool costume design is a deciding factor for what horror films you view, by all means, check out Halloween Hell. Otherwise, do yourself a favor and get your fix somewhere else.