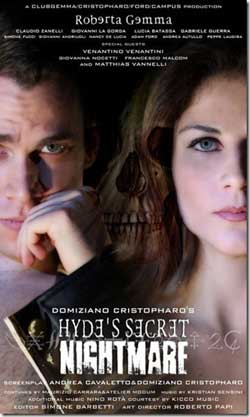 European filmmakers seem to thrive on the extreme. Any horror aficionado will tell you to look overseas if it’s something raw and grueling you desire. Hyde’s Secret Nightmare — directed by Domiziano Cristopharo — is among the unhinged exercises in complete absurdity; mixing body horror and p**nography with stigmatic subjects like necrophilia and sexual deviance. Cristopharo has constructed a menacing reinterpretation of the Jekyll & Hyde story. He employs squishy gore and ugly sex to sensually assault viewers on multiple levels. The result is a self involved exploitation film that often takes things too far — even for Europe’s ultra violent underground network of boundary-pushing motion pictures. 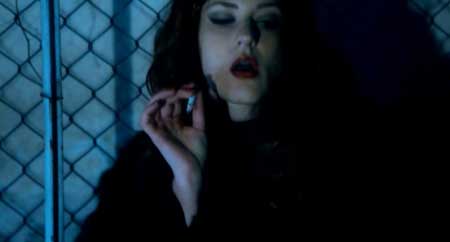 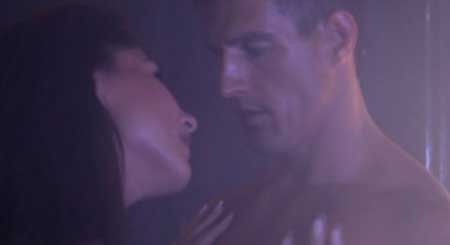 Henry Chagall (Claudio Zanelli) is a disgruntled scientist who suffers from impotence. His unfortunate situation leads him, and crippled assistant Hans (Giovanni la Gorga), to explore unusual methods, including experimentation on fresh corpses. Henry finally succeeds in reanimating a deceased man’s reproductive organs by injecting a volatile fluid. Although it will take a decade to safely use on living subjects, Chagall decides to test the serum on himself. As you can expect, things don’t bode well for the mad doctor.

What follows is a series of strange, perverse events in which a dead-toothed necrophile pleasures himself with a decaying woman’s hand — maggots and all. The sound effects make it unbearable as carmine flesh falls off the departed’s face and the sick man cries with satisfaction. Henry frequently transforms into the dark, radiant beauty, Eva Hyde — played by Italian p**nographic actress, Roberta Gemma. She is classically beautiful compared to the sickly Chagall. Still, Eva is monstrous in her own way, unleashing sexual macabre upon anyone she encounters. 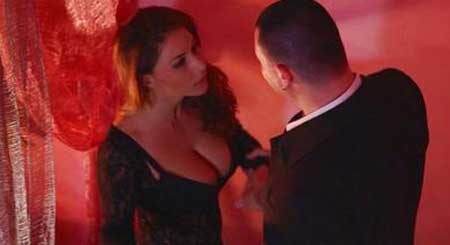 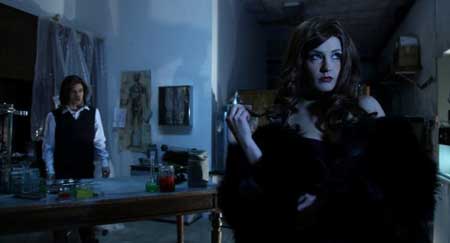 Hyde’s Secret Nightmare takes no prisoners, it’s an experience only the most desensitized will hope to endure. Cristopharo’s film bludgeons with pure shock material, acting as the director’s love letter to the prolific Joe D’Amato, king of Italian sexploitation films. The late D’Amato would have loved this romp through Rome’s dark streets, the feverish vibe within red-tinted sex clubs and dreamy bedrooms. But who else is this film for? It’s hard-going, even for seasoned horror buffs. And with a limitless amount of p**n on the web, do we really need more?

This is a technically flawed picture. Even for a budgeted affair, Cristopharo’s use of bizarre close-ups, murky lighting and warped angles scream amateur. Certain bits of audio seem foreign when juxtaposed with the visuals.  Perhaps it’s all part of his vision, but the result is a dizzying, lengthy montage of full frame, bloodied penises and obtuse torture p**n peppered with ordinary sex.

Mini intermissions fizzle out to black rooms where the actors sit naked and begin lecturing the audience on several topics. Love, deviant behaviour, gender roles, God, and even a rant about the corrupt pharmaceutical industry are discussed in lengthy 10-15 minute segments. If the purpose of these scenes was to educate audiences, or give Hyde’s Secret Nightmare substance, then Cristopharo failed. Surely there are less offensive and preachy ways to drill in these psychosexual and philosophical themes. Watching a blood thirsty woman bite off a man’s penis and spit it at the camera — all because he refused to use a condom — is hardly an effective safe sex PSA. 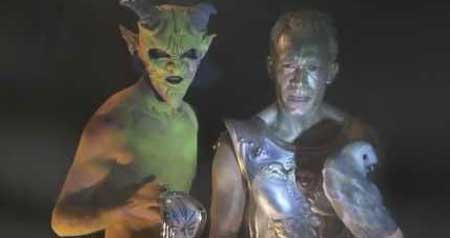 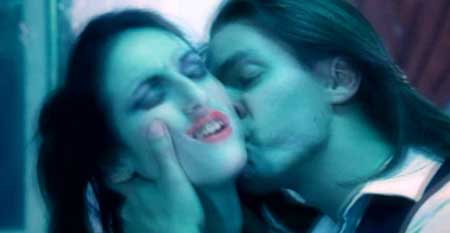 The film ultimately achieves its goal by mirroring the shock value and carnage found in similar 70s/80s exploitation horror shows. You’ll squirm as a helpless girl is stabbed repeatedly in her private parts, then be swept into the back of an ambulance where the corpse of another reanimates while being sexually assaulted. Enter at your own risk. Give Antichrist a watch. If you can dig Lars Von Trier’s more polished brand of nightmarish sadomasochism, then maybe consider an evening with Mr. Hyde.