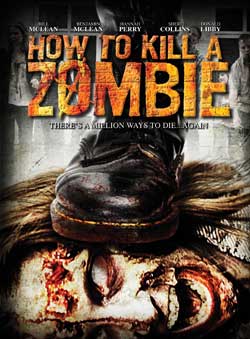 Mack Stone is trying to raise his son Jesse to be a survivalist and a real man. Jesse just wants to do his own thing in his own way. Can they somehow learn to see eye to eye during a zombie holocaust, find some suitable mates, and save humanity?

“Hell’s full and the dead are walking!” These words are spoken with devilish enthusiasm by Jesse Stone; one half of the father and son duo in Tiffany Mclean’s How to Kill a Zombie. Father Mack takes Jesse out in the woods for a lesson in survival training, both dressed in army garb and toting pistols. The two bicker about the practicality of their expedition, and, unable to take his training session seriously, Jesse uses 10 gallons of gasoline to burn an ant hill. This immature decision-making eventually helps the pair stave off the undead in hilarious and diabolical ways. So the Stone boys stop at a rest station to re-up, where they find more than precious fossil fuels. A blood-drooling freak is cornering a woman in hysterics. First they use reason and military tactics, but that doesn’t seem to phase the attacker. Jesse is quick to understand they’re dealing with the coolest and most horrific of situations — a zombie invasion. 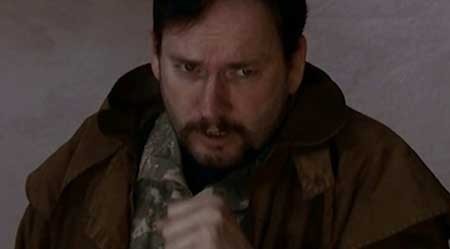 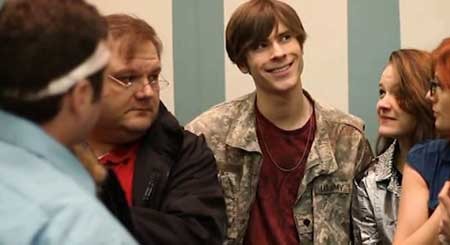 How to Kill a Zombie is not ashamed of its scarce production or ridiculous brand of humour. Everything appears shanty, from the camera work to the awful acting. This can be off-putting to the unseasoned viewing majority who make a point by skipping waves of dull horror movies they see on their suggested Netflix list. But after some harsh opening scenes, and an unpleasant introduction to our would-be heroes, McLean’s family project grows on us with creativity and warm fun. The on screen relationship and chemistry between these two goofs is so natural. Perhaps it’s because actors Bill and Ben McLean are actually related. Their proficiency in acting isn’t exactly Brando level, but they make do. Director McLean is no slouch, she frames a series of woodlands and battle ready interiors. Staplers, bubblewrap, shovels and even an industrial vacuum cleaner are used to suck up one unfortunate ghoul’s brain. 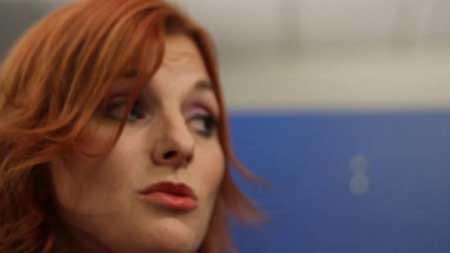 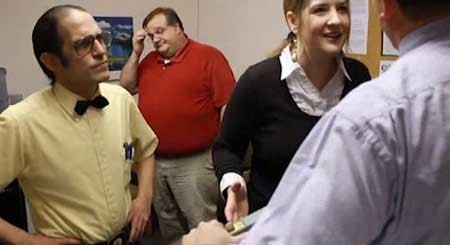 These bits of hilarity and clever genre nods save How to Kill a Zombie from being dismissed into the abysmal black hole that encapsulates modern B horror films. Being a zombie movie doesn’t help its chances of cult status either. We’ve been fed this story countless times. Our world is infatuated with the apocalyptic fairy tale. Films, television (hell, “The Walking Dead” has been the king of basic cable for years), novels, comics, podcasts and literal real life “zombie walks”. It’s almost too much to swallow (no puns here). But every once in awhile, an effort is made to make a worthwhile piece of art. This picture is artful in a very familial and grounded way. See the Mclean clan direct and act up their comedic romp through a backwoods Maine town and into the confines of an office building; the latter is controlled by Norman (Donald Libby), the evil tyrant who may have orchestrated the undead carfuffle. 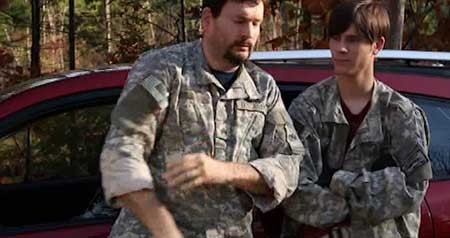 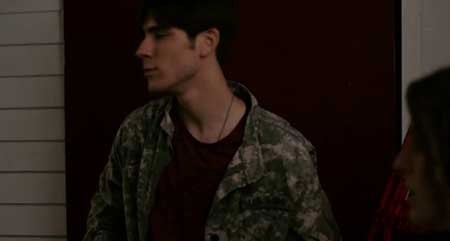 Although the production values are frugal, How to Kill a Zombie’s practical effects bring realism. This can be a real saving grace in today’s cinematic world. Several modern horror movies suffer from computer generated monsters and blood, which can make the action look alien. I Am Legend — an otherwise effective thriller with great atmosphere and classic source material — was ultimately dragged down by cartoonish CGI vamps. Another nod goes out to AMC’s “The Walking Dead”, which also uses a good amount of practical gore.

Budding filmmakers should study pros like David Cronenberg and Danny Boyle (28 Days Later) for inspiration, wise artists who bring nightmares to life with little more than a ton of fake blood and memorable characters. The McLean’s knew it too; their picture holds that old school charm. 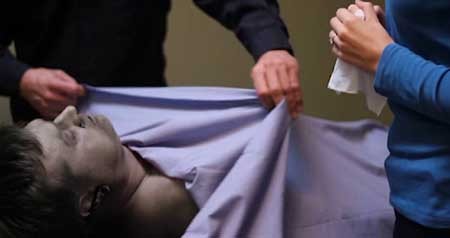 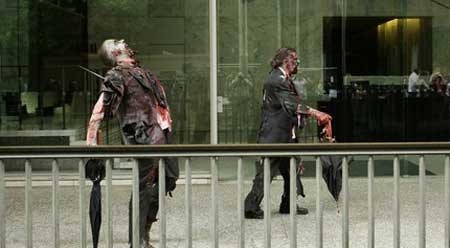 The best gags and make-shift zombie kills will be left unspoiled. Still, expect ample explosions and upbeat romance fuelled by a script laden with on-going jokes and spray bottles that gush lovely, ever so needed whimsy humor into a sub-genre so blackened by pretension.