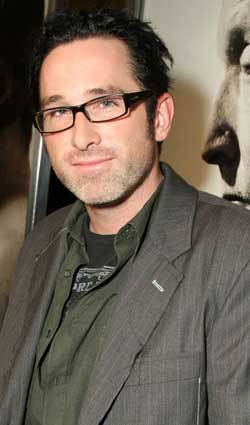 Director Darren Lynn Bousman (“Saw II,” “Saw III,” “Mother’s Day”) is one of the incredibly talented directors who are part of “Tales of Halloween.” Bousman took time to speak with Horrornews.net for an exclusive interview.

Mike Mendez and Axelle Carolyn and I had coffee and they pitched me doing an anthology and normally I get a lot of people who come and pitch me ideas that never end up getting made. So you take it with a grain of salt when someone comes and say hey I want to do this thing and blah blah blah. But there were a couple things different in my opinion about this [project.]

I was like hell yeah I want to do this but again there was still that thing of is it really going to happen? That is the million dollar question because I don’t know how many times I’ve been attached to movies that just fall apart or never end up happening. With “Tales of Halloween” it was much different. It happened almost immediately, we all signed up and within a couple of days we were literally in meetings about our segments and how we were going to do it. So it was a great experience.

“Tales of Halloween” feels like a timeless classic that will be something Horror fans will love, how did you feel about making it?

Here is what I love. I have changed my approach on how I make movies in the past five years and to me I only make movies that I think are fun and that I want to see. I don’t care about anyone else. I used to only think about what does everyone want to see? And maybe I was more successful when I did that, when I made the “Saw” films they made a lot of money so maybe I should be thinking about everything but I really just want to make movies that I want to see. I hope if I want to see it, other people will want to see it. I kind of approached it in this kind of way of what is something that I would love to see every Halloween? And to me it was about being fun and crazy, over the top and zany but you just have to laugh at when you see it. There is nothing scary about my episode, it’s over the top and ridiculous.

I think Halloween is over the top and ridiculous in the best possible way. You get to dress up, you get to pretend to be someone that you’re not, you get to put on crazy make-up and put on a crazy costume and you know it is this awesome thing. So I wanted to make something to celebrate that. Then I started seeing everyone else’s films and that is what everyone else was doing, this kind of weird celebration of the macabre and just zany. Most of the movies got a real fun spirit to them. I think when you do that you give yourself something that again has a re-watch value. You want to watch it again and again and again, you want to watch it with your friends because it’s just so ridiculous. I hope that people feel the same way when they watch this. 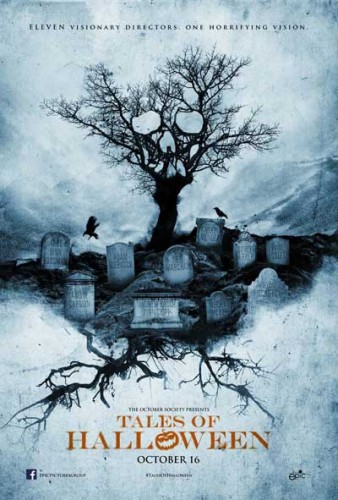 What was is like for you working with such a great cast in “The Night Billy Raised Hell” (Darren’s segment.)

For “Tales of Halloween” if they do any type of sequels or if they want to do another story will you be involved?

Absolutely, I loved working with this group of people because again when you work with friends it’s awesome. That said I don’t know if I would do another anthology because I think we’ve done it, we’ve shown we can do it. I think if we were to do it again I would love to see it change a little bit. Maybe October Society presents the haunted house or October Society presents a TV show. Do something new and unique so we don’t become the same tired people doing the same tired shit. 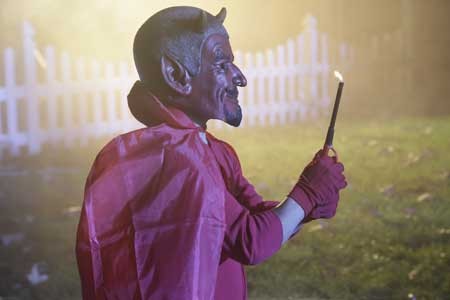 Finishing up this road show and then “Abattoir” comes out. It looks like I am going to be doing a movie in Japan believe it or not in Japanese. So, going to Tokyo and doing this thing working with a guy named Mr. Akimoto. Mr. Akimoto wrote the original “One Missed Call” so that is what I got going on next.

You have an incredible resume as a director. What advice would pass on to people who want a long term career in this industry?

You know it’s funny, maybe it’s sad? I don’t think I should be giving advice to anyone because I haven’t figured out shit in my career. I mean that, seriously I am still figuring things out on a daily basis. I am figuring out what to what and how to do it. The one thing I will say is that I am a failure. I fail 99.9 percent of my time, 99.9. I only succeed that .1 percent but that .1 percent is success. That is the success you see when you see “Saw II” or “The Devil’s Carnival” or “Tales of Halloween.” So I think embrace failure that is the biggest advice that I will give. Only through embracing failure are you going to find success.

It was an honor to speak with you and Happy Halloween.

Have a Happy Halloween.