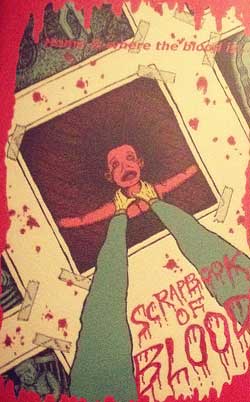 I have reviewed over 150 movies for HorrorNews.net since coming on board back in 2013. There’s been a lot of good ones in there (hell, there’s been some outright great ones), and there have been some not so good ones as well. Even in the complete clunkers, there’s always at least a little bit of good, be it a single scene or an interesting idea, a nice gore effect or even just one good actor in a mob of mediocre. However, Scrapbook of Blood makes it very difficult on this optimistic reviewer. Very, very difficult.

Scrapbook of Blood is an anthology style, shot on video movie directed by Trevor Bather and co-written by Bather and Justin Colatrella. Bather, along with Scrapbook of Blood co-stars Tyler Antoine and Ben Kepley, also put together Trashmonger Video, the indie film-making crew/production company that released this movie and others. They seem young, and in a recent interview I read with Bather, they list influences like Basket Case, Redneck Zombies, and early John Waters films, so I had high hopes – I really wanted to like them. Well, Mick was right, you can’t always get what you want. 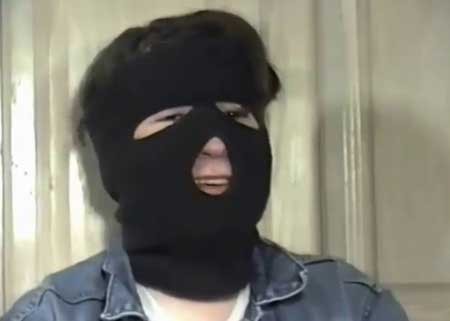 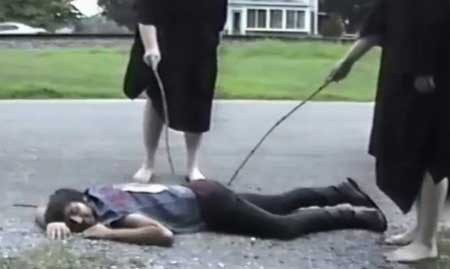 There are three segments in Scrapbook of Blood. Part one is called “Evil C*nts,” and is about devil-worshipping lesbians who are bored and decide to kill someone. The second part is “Like a Thief in the Night.” This way too long story is also the goriest, if you want to call it that. It is about a ski-mask wearing, teenage boy who is questioning his faith and suddenly worries that the rapture has taken everyone away, including his father, classmates, and girlfriend, so he goes off to rape and kill some women. Part three is “A Flower for my Lovechild.” It’s about a selfish rich woman who decides to write her autobiography and in the meantime rants about poor people and homeless people and everything else rich people hate. When she yells at a homeless man, he rapes her and then hi-jinx ensue… I guess.

If there was ever a movie that really needed an editor, this is it. Scrapbook of Blood weighs in around 105 minutes long or so, and in that time almost nothing happens. Apparently, each of the stories were filmed about five years before the movie was released, then sat for a while before the filmmakers were convinced by their friends to edit the stories together and release them as a movie. Well, sometimes we all need constructive criticism rather than blind praise. The stories here are boring; no matter how witty these guys think the dialogue is, and maybe someone somewhere does think this movie is funny, there’s virtually no action throughout. Unfortunately, that’s just the tip of the iceberg. 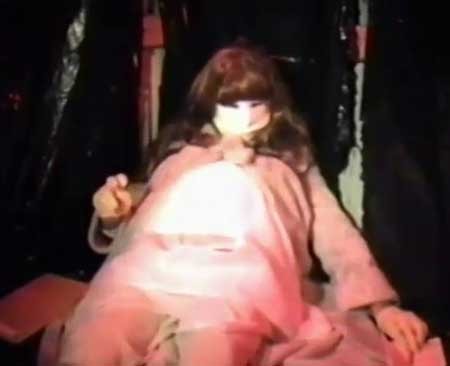 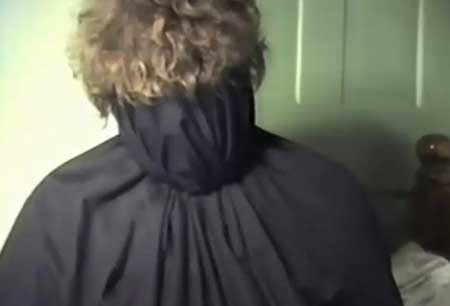 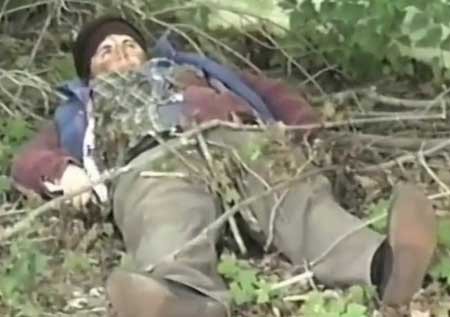 All of the characters are played by the same guys, which means there are barely any characters in each story. That means if the acting is bad in the first segment, it’s not going to get any better in the next one. And in order to hide the fact that everyone is played by the same four or five dudes, the characters wear masks and disguises (but don’t disguise their voices when playing female roles), which just serves to make the movie look silly. The dialogue is poorly written, but even more poorly delivered, especially in “Evil C*nts.” I get that this is super low budget, something I 100% support, but making a movie on the cheap doesn’t mean it has to be sloppy – if you shoot a scene and there is an extra person sitting on the stairs in the background, you gotta fix that! I get that the actors aren’t pros, and that the effects work, what little there is, is super cheap (a bashed in brain looks a little like pudding mixed with ground beef and then spilled onto a blonde wig), and I take off no points for that. But it doesn’t cost any money at all to re-work a rough draft BEFORE committing it to video. In fact, it’ll probably save you some money (and time, and stress) in the long run. 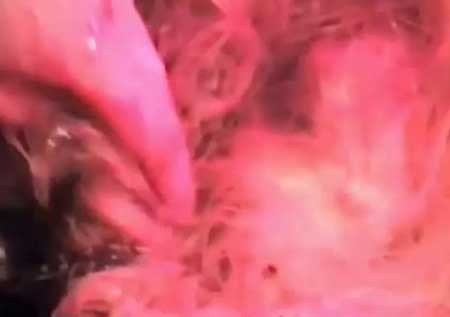 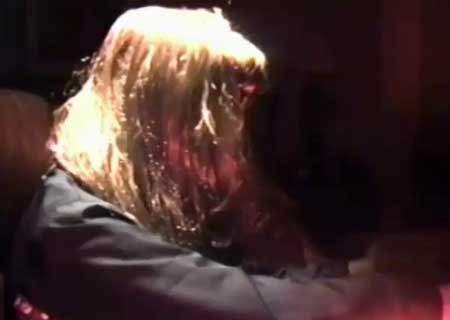 I wish I had something good to say here, but I just don’t. Scrapbook of Blood is kind of a disaster from beginning to end. This felt like the longest movie ever, and I was barely able to stop myself from fast-forwarding through some of the parts. Usually when I catch a bad movie, I say that I’d be more than happy to give the writer/director another shot, but that’s because there’s some glimmer of hope in their movie that I could see them potentially expanding on next time around. Maybe I’m wrong, maybe they have improved with their next releases – Fine Housekeep and Demonator 4 – but I’m not going to rush out there and find out. I can’t honestly think of any reason to recommend this movie, I’m sorry.