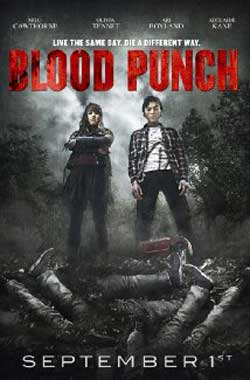 A young man is lured into a dangerous love triangle that begins to take a series of shocking and grisly supernatural turns.

Blood Punch follows Milton (Milo Cawthorne), a brilliant chemistry student who, before his campus meth lab was discovered by police, was on the verge of graduating with a college degree. During his time in a court-mandated rehabilitation program, he meets Skyler (Olivia Tennet), an elusive young woman – your typical bad girl – who appears intent on leading him astray. During a group therapy session, Skyler reveals why she was admitted to the facility in the first place; she’s looking for a meth cook, and Milton seems to fit the bill perfectly.

Once he’s able to prove his worth, Skyler explains that her boyfriend, Russell (Ari Boyland), is going to break them out of the clinic that very same night – oh, and he’s a psychopath. The plan is that the trio will travel to a hunting cabin in the woods, where Russell is hoarding one hundred pounds of pharmaceutical-grade pseudoephedrine. The following day, Milton is supposed to cook it all down into glass quality crystal meth, which they hope to sell for $1200 an ounce. Russel has already arranged a buyer (a thug named Archer, played by Cohen Holloway, and his confrontational lady friend, Nabiki, played by Adelaide Kane), and once the meth is sold on, the three of them will divide the money equally and part ways. Simple enough. 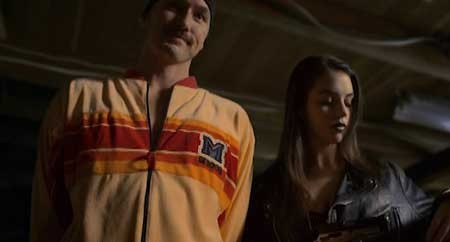 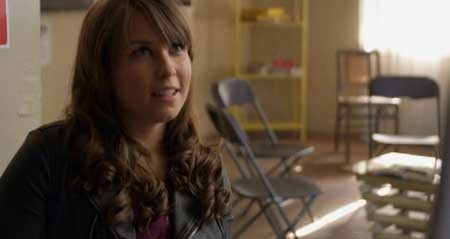 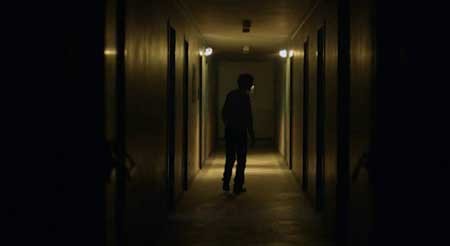 As you can imagine, things don’t go exactly to plan. Russell is quite possessive of Skyler, and undoubtedly paranoid about her and Milton falling in love with one another. When he finds a gun, given to Milton by Skyler, hidden in the lab in the basement, he turns, threatening to kill Milton. Revolver in hand, he pulls the trigger, only to find that Skyler has emptied the cylinder. A fight breaks out, with Milton almost blinding Russell, before Milton and Skyler escape from the basement. Russell pursues them with Milton’s gun, only to be killed by an arrow to the chest. Gruesome. Milton goes about burying Russell later that night, and that’s when things really start to unravel. No real spoilers here, though, because Blood Punch is definitely worth checking out for yourself.

The director, Madellaine Paxson, and her screenwriter husband, Eddie Guzelian, have quite a strange cinema history, given the nature of Blood Punch – titles under their belt include children’s favourites such as The Tigger Movie and sequels to popular films like Lilo & Stitch. The two have described Paxson’s directorial debut as being somewhere between Groundhog Day and the Coen Brothers’ Blood Simple, and, having seen it, I find it hard to disagree with them. The whole thing is pretty mind-bending, and – without giving too much away – takes a lot of violent twists. Quite early on, Milton comes across a video of himself in which he cuts off his own fingers – pretty bizarre, given that they appear to be completely intact as he watches on in horror. But, overall, the pay-off is excellent. There’s nothing left to be desired; the plot, while complicated, is darkly funny and undeniably entertaining. 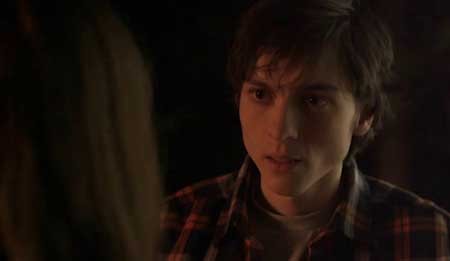 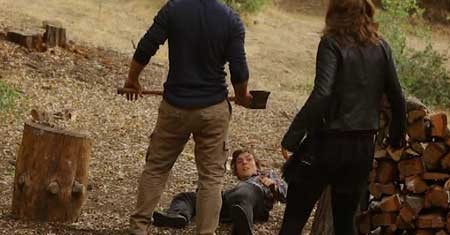 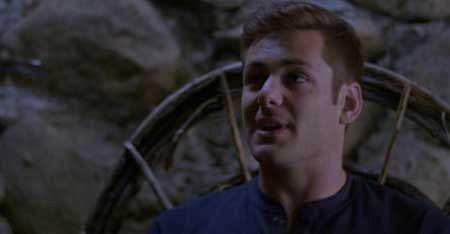 The cast are fantastic, too. If I hadn’t done a little background reading, I wouldn’t have realised that Cawthorne, Tennet and Boyland are all New Zealand natives, and not American as I would have otherwise been led to believe – they were especially convincing. While some might argue that they’re a little too wet behind the ears to give a really enthralling performance, I thought that they delivered Guzelian’s witty and (at least, initially) misleadingly straightforward screenplay with relative ease. Holloway is great, too, with his exaggerated portrayal of a money-hungry maniac. 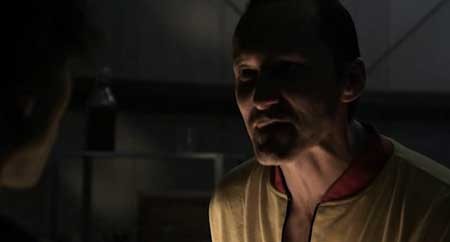 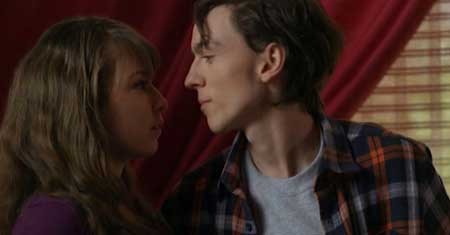 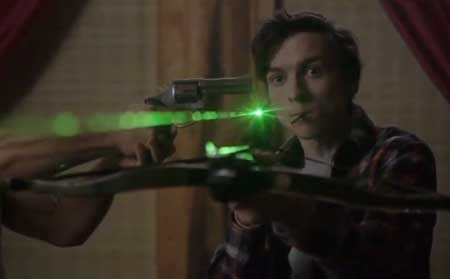 It’s quite unfortunate that Blood Punch hasn’t received more widespread acclaim, given how positively it’s been received by horror buffs in general. The film had a limited run in cinemas before its DVD release, but many mainstream critics have cited it as being too try-hard for their tastes. I’m inclined to disagree. If you’re happy to navigate the film’s many twists and turns, and you’re a fan of frequent gore, then it’s definitely worth checking out.