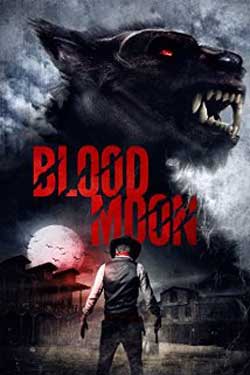 A stagecoach of travelers, a gunslinger and two outlaws arrive in a deserted mining town lit by the glow of a reddish full moon. As their worlds collide, they are hunted by a beast that only appears on the night of a blood moon.

A werewolf western. Just hearing those words aloud fills one with hope that is inevitably going to be followed by crushing despair. Such a fabulous, “weird west”, concept that could never be brought to the screen in a decent fashion…

Right off the bat, this relatively low budget film kicks off with grit as we see a cowboy, forced to shoot his horse before setting off on his own. The cinematography is on par with any major film; the locations are breathtaking and certainly are enough to make a viewer forget that this was filmed in the south of England. One shouldn’t look at this as a British Western, instead one should think of it as another British werewolf film. Dog Soldiers proved that they can do them well, and this film does not disappoint. 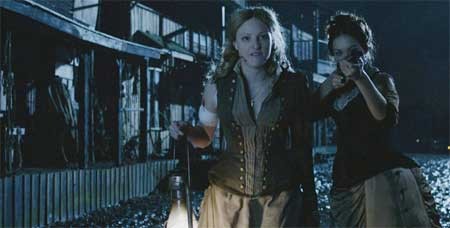 Set in the frontiers of Colorado, the story jumps back and forth between a few locations, the first being Pine Flats. A ghost town near an old silver mine. All that remains is a stage coach stop and a single caretaker. As one can guess, things don’t go well for the caretaker (played by character actor and Wolfman alum, David Sterne). The howling of wolves, figures moving in the fog, all lead to a brutal end for the caretaker, and a rising bit of tension for the story.

Back in Lassiter, CO we are introduced to our other villains, the Norton Brothers. Bank robbers by trade, the eldest is relatively level-headed while the younger is a hot-tempered psychopath. After a shootout at the bank, the brothers flee with their ill-gotten gains. The marshal knows that they must be riding for Pine Flats. He enlists the aid of a drunken Navajo witch, Black Deer. Despite the drinking, this is not a stereotypical Indian for a western. Black Deer is tough, clever, and witty and has a dark past that slowly is revealed as the story progresses.

The last of our characters are introduced on a stage coach, bound for Lassiter, but due to stop in Pine Flats. It is along that route that Calhoun, our down on his luck gunslinger from the opening of the film, stops the stage so as to get a ride back to civilization. Closed mouthed about his past, he is an obvious homage to the man with no name trope, no past, a fake name, and no real answers. With the collection of characters complete, the film sets out to get us acquainted with all of them. The saloon owner, the preacher, the reporter from England, the stage coach driver and his shotgun associate, the deputy marshal, and his new bride.

The stage arrives in Pine Flats and the body of the caretaker, or what is left of him, is discovered. Immediately there is talk between Calhoun and deputy marshal Jake Norman of this being the work of a skinwalker. Certainly, the way the tale of the skinwalkers is being presented is not truly accurate, but it is enough of a flavor to keep the mix fresh and interesting.

As can be expected, the Norton Brothers arrive on scene and things get deadly. While there is the threat of a monster lurking in the background, man’s inhumanity to man is still the foremost threat for much of the film. As night gets closer and the sky grows dark, those that survive the initial encounter hunker in for a long, dangerous, night while the Marshal and Black Deer race to find them. That is the moment this ceases to be just another werewolf film, this is where the movie turns slightly to the left and becomes a siege film with a dash of native lore. 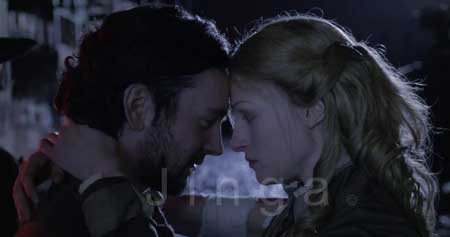 Filled with dark humor, the movie twists and turns with tongue always set firmly in cheek. We learn quite a bit about the background of each of the characters; breathing life into them as fully formed characters as opposed to merely one dimensional creations. Snappy banter flies back and forth, with enough of a violent undercurrent running through it that the gunslingers are believable as being the dangerous men they are supposed to be. Token American Corey Johnson shines as the villainous Hank Norton. 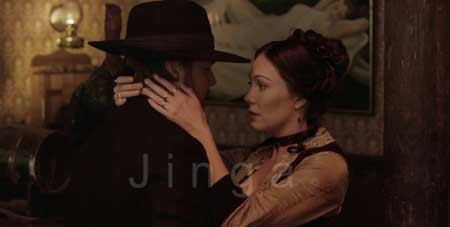 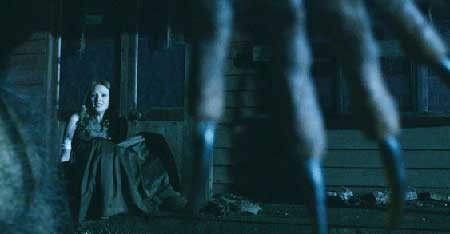 With a delightful cast, brilliant cinematography, some shocking moments of true violence, and sets and locations that belie the film’s relatively small budget, Blood Moon is truly a great film. It lives up to the promise of its premise, and doesn’t cheat with digital monster effects. Considering the number of horrible “found footage” films made with twice the budget, this movie is a victory for traditional filmmaking and shows what can be done a director truly cares about the story he is telling. This is a movie that fans of the weird west must certainly not miss.

Five out of five stars.