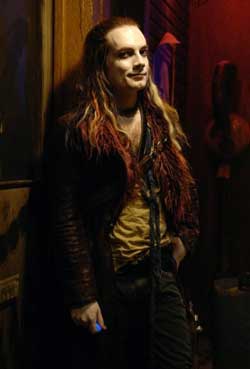 What can you tell us about “Alleluia! The Devil’s Carnival” and where the idea stemmed from?

Isn’t that the million dollar question! “The Devil’s Carnival” is a series so this is the second in that series. Part of the idea came from a continuation of this world we created in 2012. It was a weird theme park where carnies sing. I think with Alleluia, I think we wanted to do something that was bigger and include more music and bigger production value.

You have such an incredible variety of cast, what was it like working with the cast?

The cast is really cool. We have everything from film to TV actors to musicians. We have this really impressive cast of musicians.

What was it like for you play Lucifer in the film?

I really get to be transformed through make-up. It is about a six hour journey of applying the horns, prosthetics and giant claws. It is pretty cool to look in the mirror at the end of the process. I get to be a totally different person.

You are a writer, director and actor. Which one did you find to be the most challenging during the filming of this film?

The writing. The performing part is the shortest part of the process. My writing partner and I have been working on the project for almost four years as writers and composers but the filming portion was about two and a half weeks. In terms of the writing process and getting a film made is longer. It is pretty cool to get to see something through from script to screen and then get to play one of the roles that came out of my head.

Are you going to be part of the tour because “Alleluia! The Devil’s Carnival” is going on tour. What can you tell us about the tour?

We do have some special guests but the main part of the tour is the director and myself. We have a small crew of roadies in the same way a rock band would. Every night there is something but the movie is the anchor of the night so there is a watch the movie portion of the evening. Every single night we open up with a live type show type act. We have sword swallowers, people who walk on nails and contortionists and burlesque dancers. We hire local talent from every city that we visit. You get a mix of live entertainment and there is a costume contest. Really it is almost like a mini Comic Con every single night on the road tour. 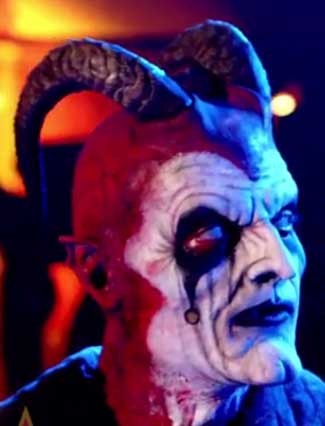 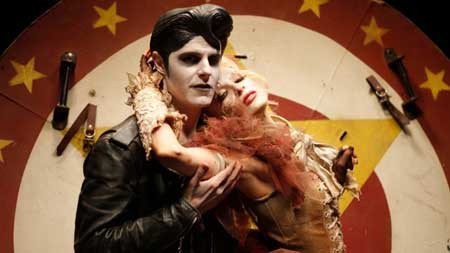 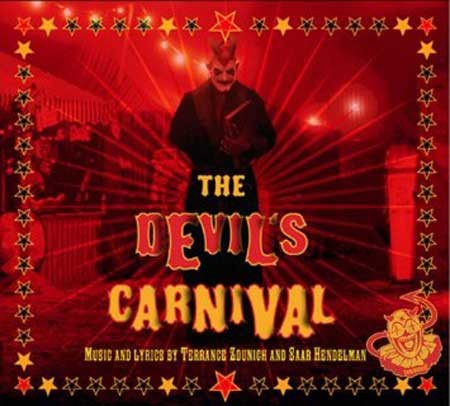 What was it like to work with Director Darren Lynn Bousman?

I have worked with Darren the last ten years. The end result is something we are always proud of.

What advice would you offer to fellow writers, directors, actors?

The obvious thing of course is to follow your passion and not get caught up in what other people think or what other people want. I have always been a do it yourself kind of guy and I think that is because I have a background in fine arts and I have a background in theatre which is also everybody kind of does a little bit of everything. I think our model of really getting out there and focusing on our niche audience and kind of being willing to put in all of our blood, sweat and tears and to find that niche. I think that is where everything is heading. I think the gorilla approach is now sort of the norm. That is both scary but also exciting. I mean anyone can do it.

Over the past several years, director Darren Lynn Bousman (Saw II, III, and IV) and writer-actor Terrance Zdunich have collaborated on a pair of films that meld music with the macabre: 2008’s cult movie Repo! The Genetic Opera and 2012’s The Devil’s Carnival. The duo have now re-teamed for the forthcoming Alleluia! The Devil’s Carnival, in which,  “Lucifer (Zdunich) incites Heaven’s wrath by dispatching train cars full of condemned souls a-crashin’ through the pearly gates. God (Paul Sorvino), in response, readies his top negotiator, The Agent (Adam Pascal), for a trip down to The Carnival to put an end to the rebellious deeds.” 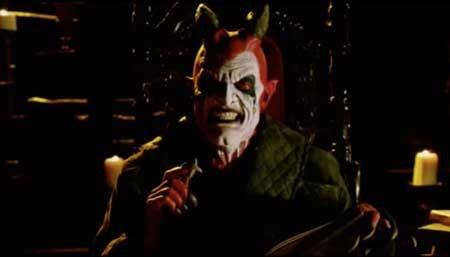 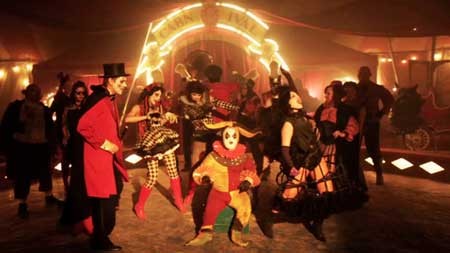 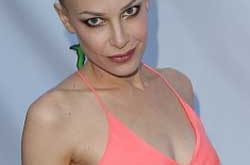 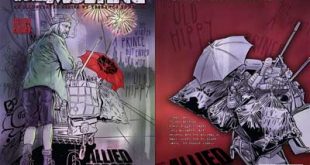