Welcome to the Monster Movie Podcast. Join us this week for Dante’s Dungeon of Demons, Brad Pit versus the Zombie Apocalypse and the Devil shares some of Aesop’s Fables. Hosts Doc Rotten and Thomas M. review Joe Dante’s recent film The Hole and preview the trailer for World War Z. Then Thomas brings Darren Lynn (Repo! The Genetic Opera) Bousman’s latest horror-musical opus to the table, The Devil’s Carnival. Things get heated as Doc and Thomas disagree about the first two features until the power of music can bring some harmony to the podcast.

First up is the VOD release, The Hole, a 3D horror film from Joe Dante, the director of such classic films as Piranha (1978), The Howling (1981) and Gremlins (1984). This film completed in 2009 and released internationally finally makes it to the States via VOD and DVD/BLU-RAY. The film is a return to form, of sorts, for the director, mixing in elements of Small Soldiers and other Eighties/Nineties classics with a strong family-friendly creature feature.

Next up is the trailer for the controversial adaptation of World War Z from Marc Foster, starring Brad Pitt, Mireille Enos, Matthew Fox and David Morse. Doc wants to cast aside all the bad advance press the film is receiving, trying to cast an untainted eye on the trailer while Thomas struggles with the apparent disregard to the source material. The conversation is almost a fierce as the sea of raging zombies in the trailer.

The Devil’s Carnival is the subject of the second VOD release this week, as Doc and Thomas find the music supporting the narrative rewarding and fresh. Featuring a trio of “sinners” cast into Hell to face the Devil and his tales of terror, the film weaves an interesting, if flawed, yarn. Superb musical numbers mask the weak acting and odd transitions. All this from Darren Lynn Bousman, the director of three of the Saw films, 11-11-11, Mother’s Day (2010) and The Barrens, as well as the similar themed, Repo! The Genetic Opera. 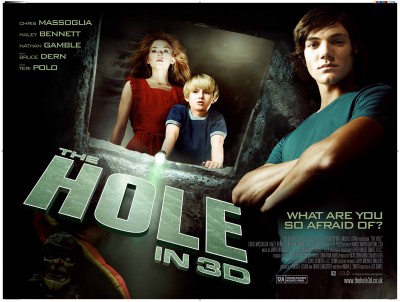