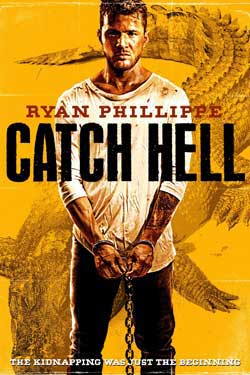 A has-been actor is abducted by a pair of rednecks that proceed to torture him mentally and physically. Will he be able to survive his ordeal and if so, will he ever be the same again?

I have never really been a fan of Ryan Phillippe (thanks mostly to the fact that I hated his annoying, douche bag character in I Know What You Did Last Summer)so when I found out that he co-wrote, directed, and starred in Catch Hell I had pretty low expectations. Hell, I’ll admit it, I expected to hate it. A funny thing happened though. I actually enjoyed it. A lot. As a matter of fact I was a little surprised by how much I liked it. While it may not be the most original movie to come along in a while I still enjoyed it and thought that it was just an all around good movie. It has likable characters, is suspenseful, and just an interesting little flick in general. 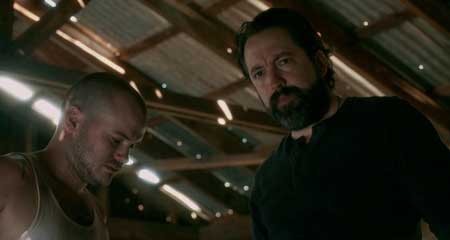 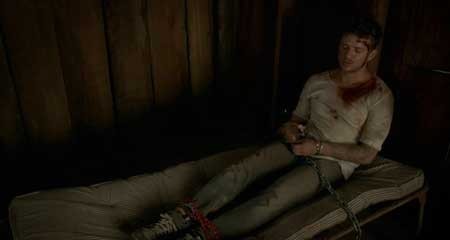 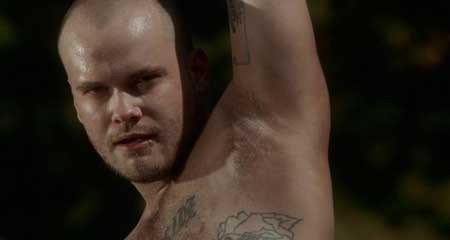 One of the things that I really liked about it was the premise. As I already said, it isn’t that original by any stretch of the imagination (it is a lot like films such as Misery, The Keeper, and Black Snake Moan) but it works. Basically we just have poor old Ryan getting kidnapped by a couple of backwoods thugs that beat the shit out of him and keep him chained up in a run-down house in the middle of the swamp where they do all sorts of horrible things to him. I know that it doesn’t sound like anything special but trust me when I say that it is. I really liked the reason that they kidnap him and even though it isn’t anything too amazing or thought-provoking it works. Their motivation for doing what they do is pretty simple for the most part but I thought that it was a nice touch in a lot of ways, especially since it is kind of left up to you whether or not Ryan’s character did what they think he did to deserve such treatment. I’m not going to discuss their reasoning for abducting him because I don’t want to spoil the film for anyone but let’s just say that while it is pretty simplistic it is also effective at the same time. I thought that it was pretty cool that they go about trying to destroy his reputation by posing as him and posting a lot of nasty things on his Twitter page after they kidnap him and he is helpless to do anything about it as this was a brilliant idea on the part of the screenwriters if you ask me. 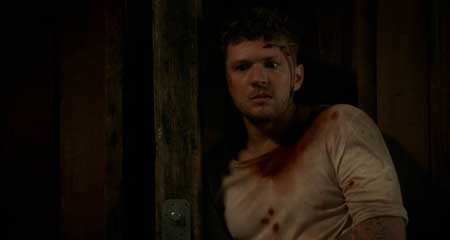 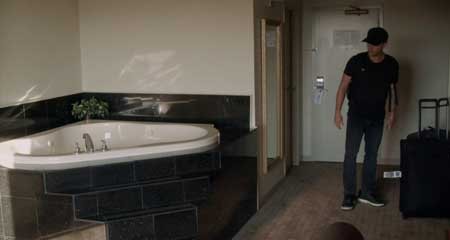 I also really liked the characters too and thought that the acting was top-notch. Phillippe really knocks it out of the park here as Reagan and I’ll admit it; I’m a fan now after watching this film. His character is a washed up actor who is struggling to get movie roles and you can’t help but feel bad for him as deep down he is actually a nice guy that just made a lot of bad decisions over the years. He’s a very likable character that goes through total hell during the course of the film at the hands of his captors (though in reality nothing they could do to him could be any worse than being married to Reese Witherspoon if you ask me, I’m glad Phillippe was able to escape that nightmare) and you just want to root for him. I also dug Junior too and thought that Stephen Louis Grush did an awesome job of bringing the character to life. Even though he is one of the people that kidnaps Reagan he actually isn’t that bad of a person and as the movie progresses his relationship with Reagan changes dramatically for the most part (partially because he is one of his fans and sort of has a crush on him to a certain extent). The film’s main villain is Mike, and Ian Barford turns in an outstanding performance in the role. Mike is one of those evil assholes that you love to hate and even though some people might argue that he has a good reason for being the brainchild behind Reagan’s abduction and abuse I couldn’t wait for him to get what was coming to him (and boy does it). You can tell that Barford had loads of fun playing the part and he does so wonderfully as he is very convincing as a sick, twisted redneck that enjoys tormenting others. All in all I thought that everyone in the film did an excellent job and there was not one bad performance to be found anywhere. 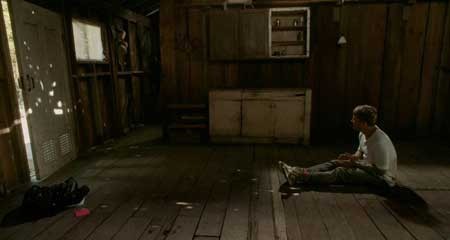 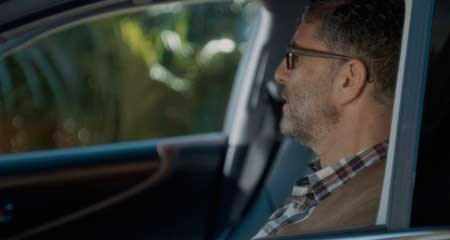 I thought that the ending was pretty cool too. I like how there is a cynical message toward the end about how the movie industry works and thought that it was a nice touch. I thought that what happens to Reagan at the film’s end was very realistic and I could see it actually happening in real life. I don’t want to give anything away but let’s just say that Reagan’s career gets a shot in the arm after what he was forced to endure, and I thought that it was a great way to end the movie. Speaking of the ending, a lot of people online seemed to hate the scene that is taking place at the very end that runs during the end credits but I actually enjoyed it and thought that it was pretty humorous in a weird sort of way. It is a little odd and doesn’t really fit the tone of the rest of the movie but I liked it anyway even though pretty much everyone else that saw the movie seemed to hate it for whatever reason. 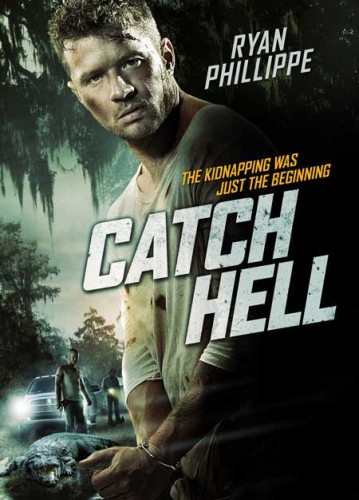 In the end I really enjoyed Catch Hell. I never expected to do so but I’ll admit that I was wrong and that it is a very well-done movie. Phillippe does a great job both in front of and behind the camera and I can’t wait to see him direct some more films in the future. I thought that it was an awesome little suspense/thriller for a number of reasons and regardless of how much shit it takes online from other reviewers I didn’t see a thing wrong with it. Check it out when you get a chance, you will not be disappointed.