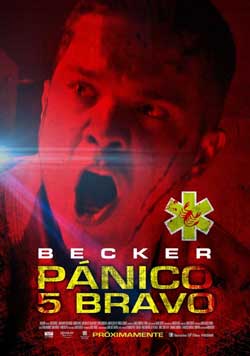 A group of paramedics trapped in an ambulance after attempting to help an injured man (who has ties to a very unsavory group of people) find themselves terrorized by members of a Mexican drug cartel.

Wow. I don’t even know where to begin. Panic 5 Bravo is without a doubt one of the worst films I have seen in recent memory. It is boring, redundant, poorly-written, racist, and just plain bad in general. I didn’t really know a single thing about it before I watched it as I hadn’t even heard of it beforehand and now I think I know why that was the case. It was pretty hard for me to make it all the way to the end without just completely giving up in frustration but somehow I managed to power through and to be honest I am surprised that I was able to do so. 2015 has been a pretty lackluster year for horror films thus far If you ask me, and it is because of films like this one (if you can even call it a horror film, something that I am very hesitant to do as it is more of an action/thriller with very little elements of horror thrown in from time to time). 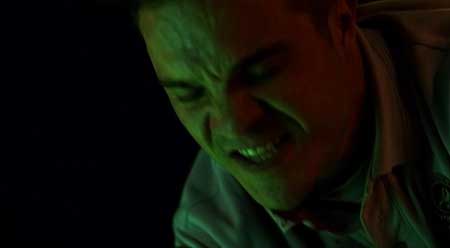 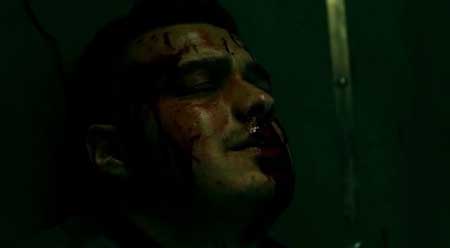 I knew that I was in for a long night just a few minutes into this film. The opening scene (which involves some of the unlikable paramedic characters playing a prank on a co-worker that involved sticking a lit match in his pee hole for some unknown reason) where we met the main characters is probably one of the goofiest and most bizarre scenes I have ever seen in my life and set the tone for the rest of the movie. I don’t know if this bit was supposed to be funny or what (it wasn’t), but it was just out of place and weird as hell in general. How the victim of this prank was okay with what happened to him (and didn’t feel the need to sue his co-workers and the company that he worked for) just a few minutes later is beyond me and made very little sense as he was basically sexually assaulted in a way. I don’t know about the rest of you out there, but if some of my co-workers strapped me down and then threatened me before essentially fondling me while I lay there helplessly I wouldn’t be too happy. I think that writer/director Kuno Becker may be just a tad bit out of touch with reality and this scene definitely proves it as it is unrealistic and just beyond weird for a number of reasons. 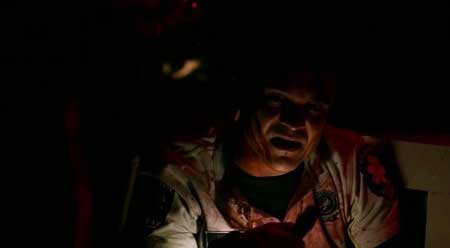 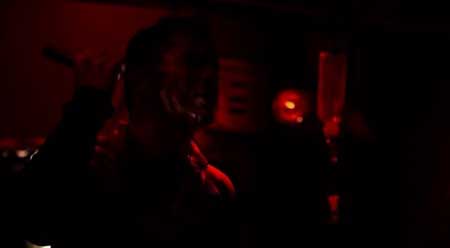 I just didn’t really like any of the characters and didn’t care if they lived or died either. They are all poorly written and unlikable and I just couldn’t relate to any of them. Alex (Kuno Becker) is just sort of there and even though he is the main character he doesn’t really do anything that important that makes him stand out among the other characters. Josh and Richard are basically interchangeable and the main villain (that we rarely see as he spends most of the time off screen making verbal threats toward the paramedics as they are trapped inside the ambulance) is pretty lame and not at all intimidating despite the fact that he is supposed to be some sort of badass drug lord. The worst character for me though is Bobby (Papile Aurora). She is annoying, extremely unlikable, and her continual racist remarks geared toward Mexican people gets old very, very fast. Every scene that she is in is horrible and if I was of Mexican descent I would be deeply offended by over half of the things that she says (Hell, to be honest the entire movie portrayed Mexican people in a negative light). I am sure that many viewers will feel the exact same way and will agree with me that she should have been killed off about three minutes into the movie. I’ve said it before and I’ll say it again, it’s extremely hard to like a film if you don’t care about any of the characters, and Panic 5 Bravo is a perfect example of this. 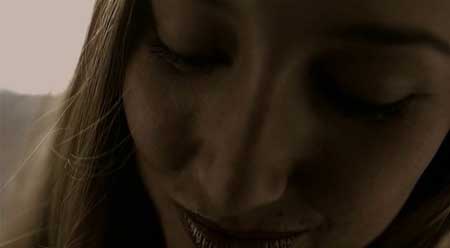 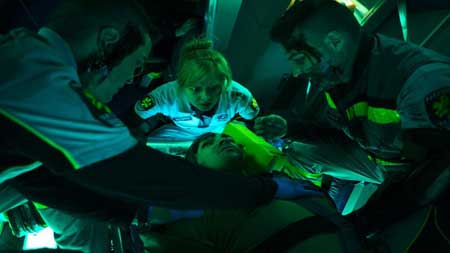 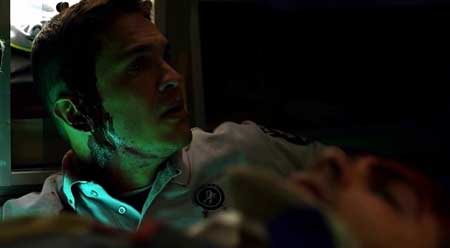 I wasn’t big on the twist that takes place halfway into the movie either. There comes a point where we find out that one of the paramedics is actually not who we thought they were and the person is actually a member of the drug cartel that is menacing our “heroes” that are trapped inside the ambulance. I thought that this twist was forced and predictable and it just didn’t work on any level (plus the scene where the person reveals their reason for being a member of the drug cartel is laughably bad and features some of the worst acting I have ever seen in my life). To me if felt like Becker just threw this twist into the script at the last minute because he thought that it was clever and that viewers wouldn’t see it coming but he was wrong on both counts.

Panic 5 Bravo is just an all around bad movie and I really don’t have anything positive to say about it. From the bad acting to the horrible writing it is just plain lousy in every possible way. Stay away from it unless you enjoy loads of racist comments, completely unlikable characters, and a movie filmed almost entirely inside of an ambulance while an unseen guy (with a horribly grating voice) stands outside of it yelling and making threats to the people inside (and what was up with the quote from Albert Einstein at the end that seems really out of place?). Definitely one of the worst movies of the year.