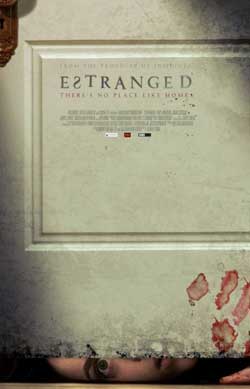 While vacationing abroad with her boyfriend Callum, January sustains a tragic motor scooter accident that renders her with amnesia and confined to a wheel chair. The only suitable place for recovery is her family’s estate, the very same family that she’d been estranged from for over six years. Will January overcome seemingly insurmountable odds and see a full recovery? Or will her stay open up some of the dreadful wounds of why she’d retreated to begin with?

Estranged opens with a most impactful initial sequences. We witness January (Amy Manson) and Callum (Simon Quarterman) on holidays, two vibrant, young lovers having the time of their lives. Director Adam Levins does an extraordinary job of getting the audience into these characters instantly. We live through each personality vicariously and wish to be having the unbridled, passionate, carefree time as they are. As the subconscious sensory is embedded, as the audience our emotional guard is let down. One cannot help but begin to ponder if Estranged is indeed a horror film or not. Then tragedy strikes. 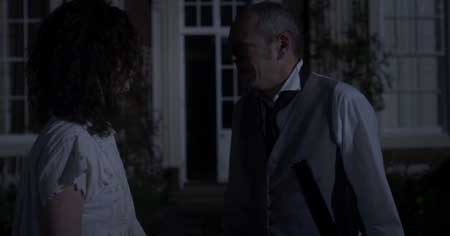 The motor-scooter in which Callum is driving slams into an automobile. January is riding on the back. While he makes through with non-life threatening injuries, January is not quite as fortunate. She sustains a terrible back injury, rendering her paralyzed from the waist down and has succumbed to amnesia. An undeniable sense of dread and foreboding is harnessed and sets the tone for the remainder of the film.

While the audience is lured into the sensation of anxiety and apprehension of the outstanding performance by lead character January, a most prominent subtext is unveiled. As the young woman struggles to cope with her recovery, Callum too, has his own very real turmoil in the form of dissociative guilt. While he’s constantly at her side, doting over her, and ensuring she has everything she needs, he seems very much drowning in his own guilt over her condition and holds himself responsible. These scenes unleash some most effective dialogue and one cannot help but emphasize with each party forcing the subconscious to reflect over what we may do in their circumstances.

A distinct sense of character development is utilized by director Levins. While we get a sense of the eccentricities and oddities of January’s family, we also get subtle clues into the reasoning behind her hasty separation from her family to begin with. Her family members appear every bit as torn from their reunion as she does. The director uses nuance in showing us hidden variables as opposed to giving us the full back story all at once. As a result the viewer is invested into the story and anxiously awaits what possible fate lies ahead. 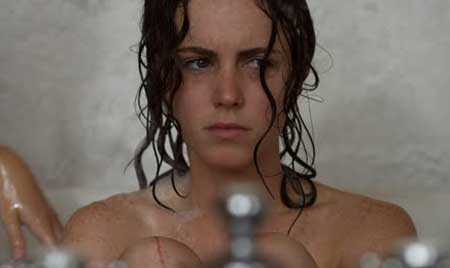 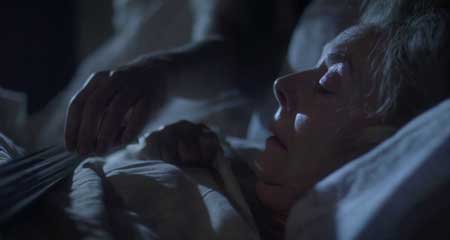 The rising tension that lies between January, her father Albert (James Cosmo), sister Kathrine (Nora-Jane Noone) and brother Thomas (Craig Conway) is at times mortifying and horrific. The behaviour and actions between each gets increasingly aggressive and we begin to wonder just what exactly is it that makes this family tick? The only semblance of an ally is her mother Marilyn (Eileen Nicholas) who seems so far gone from reality that any time of intervention is next to impossible.

The remote family estate makes an effective locale or backdrop into terror. A breath taking manor in its sheer size and complexity is enough to grease the rusty wheels in any horror aficionado’s imagination. A sense of moody cabin fever and near claustrophobia is felt. While the home has few visitors and very distant neighbors the possibility for mayhem and debauchery knows no bounds. 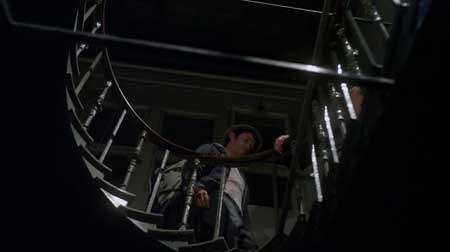 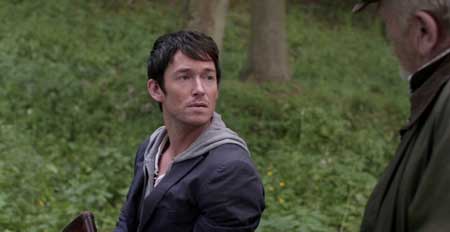 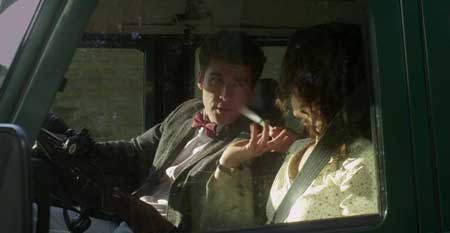 Estranged for the most part is a powerful, emotional roller coaster ride into the evil that lurks within family secrets. While the pangs and jump out of your seat moments may not be plentiful, the character interaction by far makes up for it. While the duration of the overall picture at 101 minutes may seem a little over indulgent, some viewers may become restless but the payoff is more than worth the gradual pace. The climax is extraordinary as we get a front row seat into the origins of January’s upbringing. Estranged is certainly a thinking person’s film and has one pondering over the possibilities long after the final credits have rolled. A sound performance by the cast all around and a crowning achievement for director Adam Levins. Estranged marks his inaugural fictional endeavor, having directed only one prior full length motion picture, Population Zero, a documentary. 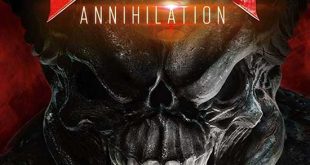 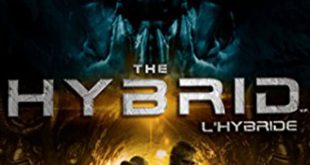 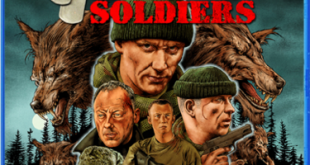