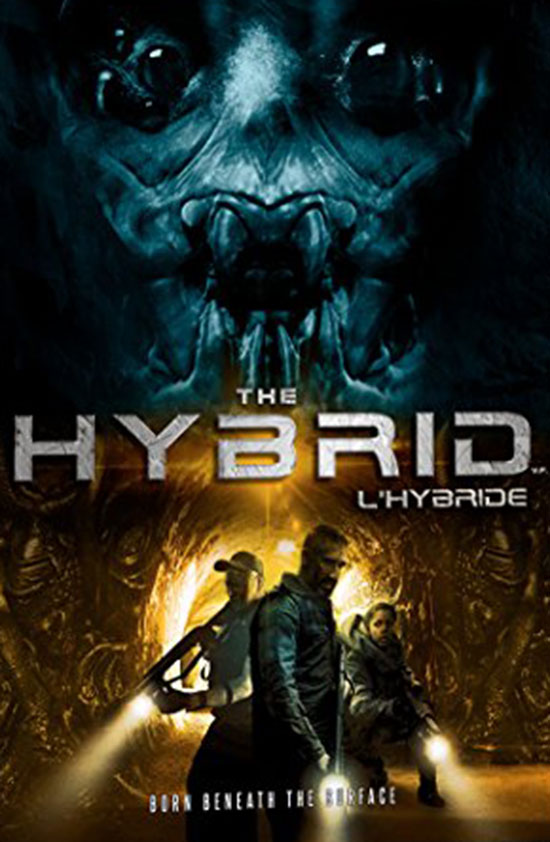 An elite team of mercenaries is hired for a covert operation, deep inside a former Soviet state. Arriving at an underground laboratory, their mission is to secure specimens of genetically engineered human and alien hybrids. Battling with a ferocious armed militia as well as dark, menacing creatures, the odds of survival are stacked against them.

Although loaded with story flaws throughout, The Hybrid (2014) tries at least slightly to be a fairly engaging film. Incredibly atmospheric from the get go, the viewer is thrust into a slightly dystopian setting within a prison/hospital/science facility all rolled into one. Since I was but a wee lad, I’ve always had a weak spot for the ‘team of mercenaries’ shtick…I just have! This film delivers pretty well on that front, it does indeed! The story here had massive potential, and I’d bet it read (on paper) extremely well. 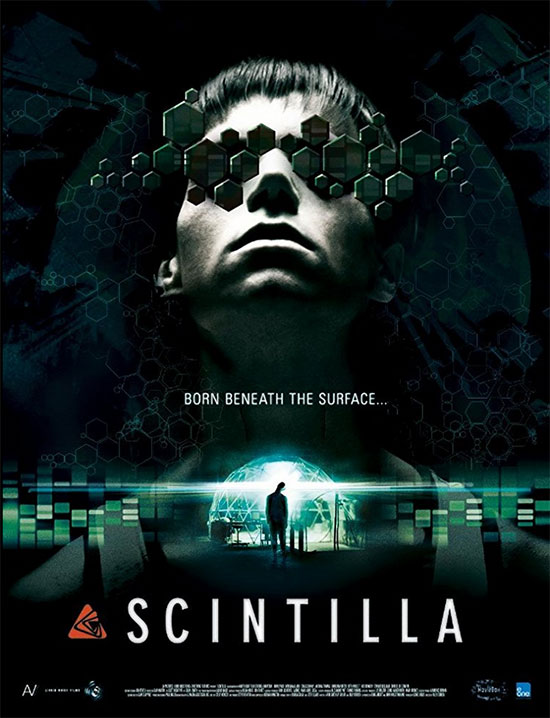 This film spends a lot of time looking for itself, only to somewhat fail at achieving that task. So, we open with a somewhat engaging montage, featuring one of our lead mercenaries being tortured by who-knows-who-cares, when he’s brought into a room and one of his (presumably) old pals tells him, ‘We’ve got a job, Jim.’ —which, we audience members sense is better than having one’s fingernails torn out back in the Mean Guy’s room.

Let me jump ahead here, and tell you, dear reader: Yes, there actually is a ‘hybrid’ in this film……and he’s probably about the only thing that saves this snoozer. Technically, there’s more than one ‘hybrid’. One of the film’s poster (I found a few variations on the interwebs) does a pretty good job of portraying him. He’s smart and very special…but I don’t want to spoil too much. I bring all this up, because I had a tough time figuring out what the mercenaries are ultimately trying to do…..find someone, find something, protect someone, capture someone…?? They do, however, do an excellent job of walking around with guns while whispering loudly to one another.

So, there’re a few fun scenes showing our mercenaries talking their way into the compound (where ‘the experiment’ is reportedly waiting), which requires them to fool a small band of rough Uzbeks (yep, those Uzbeki goons can get pretty foul, I’m told!) Actually, that section of the film is pretty decent….as a viewer you can feel the ‘our cover is about to get blown’ tension that helps stories like this work. 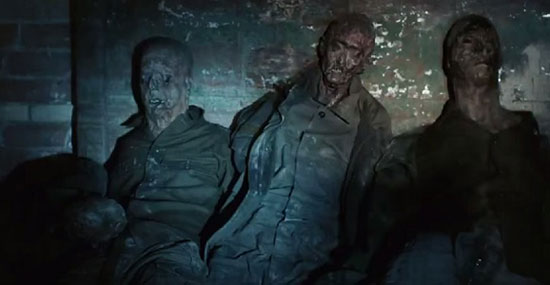 Of course, the ‘gate’ security guards are led by a weird alcoholic Uzbek who laughs awkwardly and oddly but the gate finally gets opened. You know things are looking up when you hear, ‘We’re in.’ Our mercs then have to deal with a few important computer things by pretending to have a couple of computer geniuses and there’re a few almost-got-caught bits, but they are ultimately able to work their way deep into the underground tunnels of this research facility.

Our lead mercenary, played by Irish actor, John Lynch hits all the critical notes as a tough leader. Morjana Aloui plays the ‘company doctor’ which is a fundamental role in any film like this. Since theirs is a mixture of contracted mercs and ‘company’ people on this mission, the viewer gets easily suspicious that everyone isn’t going to play nice pretty early on in this one.

I’m all for serious, dark and foreboding dialogue…I promise. But this one is loaded with it and try-as-I-might, I can’t really seem to make myself care. The Hybrid (creature? Person? Construct?) manages to ‘escape’ from his room around the beginning of Act 3, and his ‘escape’ is only mildly dramatic –he kind of just walks out, actually. He does manage to execute one naughty act before doing so, and sure: it’s a surprise, I guess…but as I mentioned, you just really don’t care all that much. He wanders a bit about the compound, carrying his self-designed weapon of-sorts where he stumbles upon the mercs and his scientist mother-figure. He then engages in more naughtiness.

The director/writer did manage to convey the sentient being ‘finding his sense of self’ shtick, but nonetheless. So, we’re subjected to a bit more fighting between the mercs/company people…blah-diggity-blah. Yes, ultimately our little wanderer gets out of the compound into the ‘real’ world, roughly around the time the remaining people figure out what a disaster all this was from the beginning. I’ll be kind to our readers: Skip this one unless your insomnia is acting up.