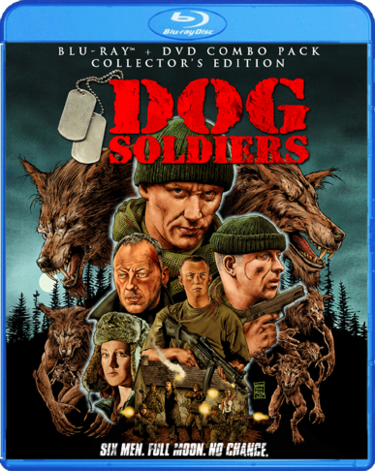 In Neil Marshal’s directorial debut, a squad of soldiers is sent out on what should have been a routine military exercise in the wilds of Scotland. But the excursion turns into a waking nightmare when Sgt. Harry Wells (Sean Pertwee) and his men discover the bloody corpses of Capt. Richard Ryan’s (Liam Cunningham) battalion. As the sun goes down, the soldiers are tracked by a pack of werewolves determined to feast on their flesh.

“We are now up against live, hostile targets. So, if Little Red Riding Hood should show up with a bazooka and a bad attitude, I expect you to chin the bitch.”
–Sergeant Wells

The number of good werewolf movies I can count on one hand. The classic tale of man turning to beast seems to be beyond most filmmakers and it is not always the effect budget that does them in. “Ginger Snaps” is an example of what can be done with no money, very limited effects, but a solid story and good acting. When you go to the video store you can find hundreds of vampire movies of all shape and sizes but werewolf films are a rarer breed. The number of films is not in favor of there being many classics. If you enjoy werewolf films as I do, check out “American Werewolf in London”, “The Howling”, “The Wolfman”, “Ginger Snaps” and “Dog Soldiers”. 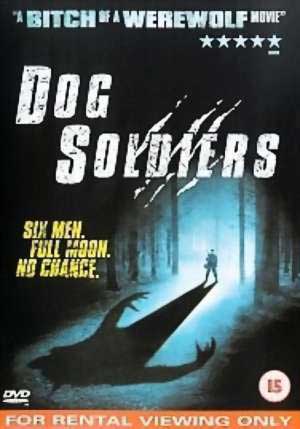 “Dog Soldiers” is the story of a British squad sent on a training mission in the Highlands of Scotland against a Special Operations squad, and find themselves hunted by a squad of werewolves instead. Director/Writer Neil Marshall has created a fast-paced action packed film, which is one half-army movie and one half-horror movie. There is some breath taking cinematography with the werewolves in the moonlight stalking the survivors who are trapped in a farmhouse waiting for morning. The effects are well done, relying on makeup and well made werewolf suits with no computer effects, which give the film a very realistic feel. The acting is well done and the characters are more than just future victims are. The script, which tells a solid suspenseful tale successful mixes, humor with its horror. 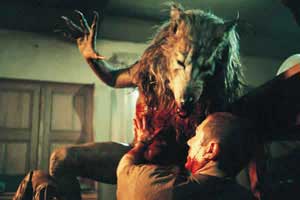 First of all what worked for me:
The Werewolf costumes were awesome: over 7 feet tall of hairy fury.
The pacing was good, never allowing the film to become boring but not afraid to take a moment for some character business. The camera work was excellent. The shot of the werewolf frozen in the moonlight, its breath visible, staring back at the soldiers was almost poetic. 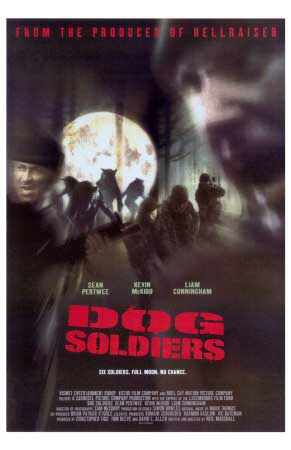 What doesn’t work for me:
Thick, thick British accents. I had the subtitles on to make sure I understood alot of the movie. The scene with the soldier successfully beating up a werewolf before it finally kills him. He wouldn’t have lasted a minute with that beast.

A wonderful addition to the werewolf canon. A well crafted gem of a movie. A great location, good actors, good effects and a good story. Pop some popcorn, grab your favorite loved one, check her canines first and give this movie a watch, you will be happy you did. I give it 4 and half stars out of 5. Grab a copy! This is one great werewolf film indeed………..

Dog Soldiers is now available on bluray chock full of extra goodies! Grab a copy over at Shout Factory 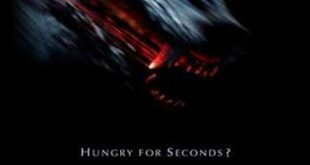