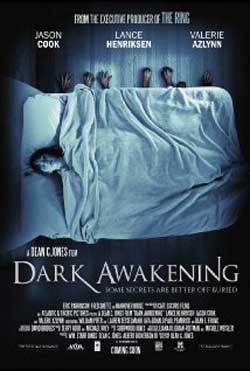 A thriller centered on a couple who makes an old estate their new home and soon begin to see the spirits of dead children.

Are you a fan of Edgar Allan Poe? I am, and if you are as well, then this movie just might be for you. Writers Josh Edwards and Dean Jones certainly are, and half of the fun is trying to catch all of the references. There’s a ton. I mean, the dad even reads Poe to his young son for a bedtime story. Father of the Year, perhaps? But Poe aside, Dark Awakening throws out winks and nods to other horror films, whether it be a character name or just a general sense of plot direction and feel. 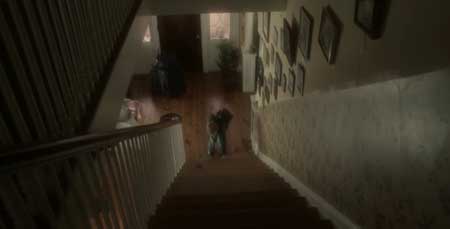 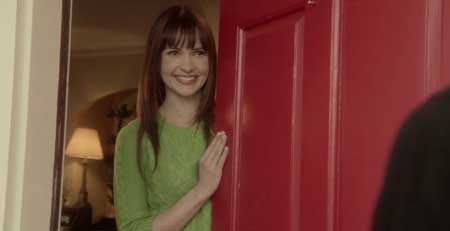 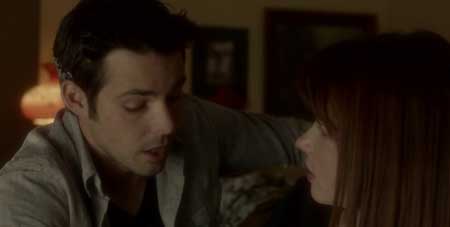 But what is it even about? Jason Cook plays James Thomas, a husband and father whose mother has just passed away. She lived in a rather large house and the plan is for the family to fix up it up so they can sell it. Simple enough. 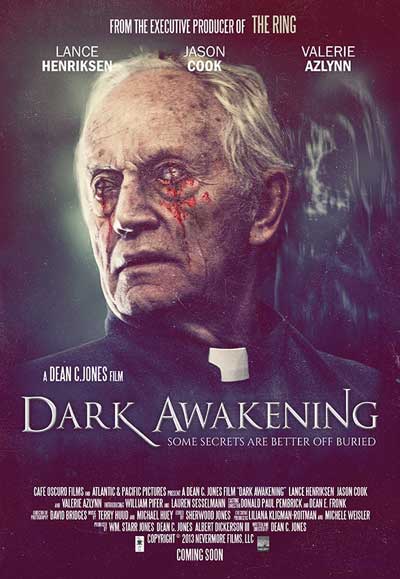 As you can see, not all is what it seems. What secrets are being hid? Being a haunted house movie, you can bet there’s a dark past just waiting to be unearthed. As the characters ask each other, “Are you trying to scare me?” Does Dark Awakening provide enough scares? 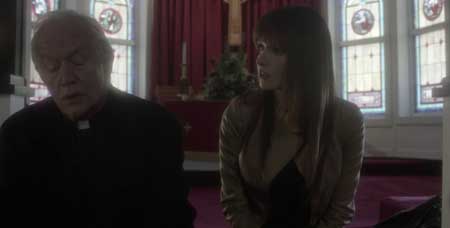 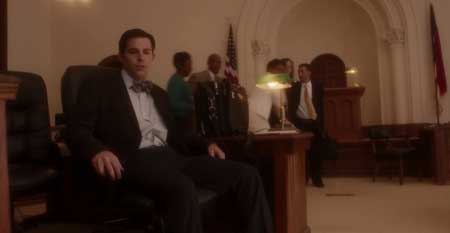 Short answer is no, but that doesn’t make it a bad movie. Think of it as a slow build, keys to the plot slowly unraveled. There’s creepiness, as in ghosts making appearances, knocks and thumps and things that go bump in the night. You have imaginary play friends, the aforementioned creepy Catholic priest who seems rather interested in the house, and the creepy old people in town. Actually all very cool.

And for a bit you’ll watch and think to yourself that you’ve seen this before. It happens with a lot of horror movies. Thankfully a plot twist comes along that saves it from being too run of the mill. And it’s one that I didn’t see coming, which is always nice.

Dean Jones does a good job directing, making sure the tone of the film stays consistent. The acting is above average, with Lance Henriksen leading the way. Jason Cook as the father channels some inner Tom Cruise for the role and Valerie Azlynn, as his slowly unraveling wife, plays the part well. I didn’t like her too much in the beginning but the character grew on me as the film went along. Maybe because the dialogue, at times, seemed a little stilted.

The special effects were very well done. For a haunted house movie there was a fair amount of blood, although most of it is seen dripping out in copious amounts from the mouths of unfortunate souls. The ghosts are well envisioned, nothing you haven’t seen before, but the make-up used was effective. 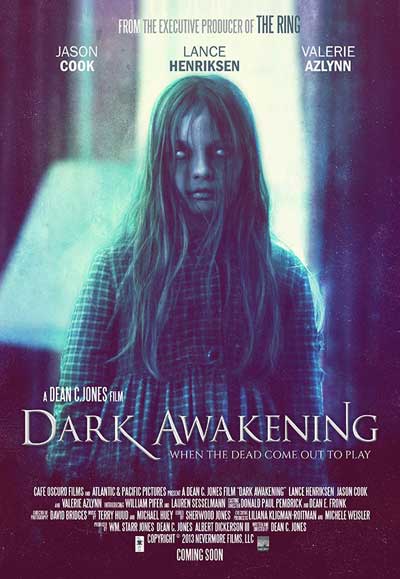 In the end, if you’re a fan of haunted house movies, I’d say give Dark Awakening a chance. You’re definitely not going to feel the need to turn on any lights while watching, so if scares are what you’re looking for then stay away. No, Dark Awakening is more about peeling back the layers of the past to see where it all went wrong. Thankfully what lies underneath offers up a bit of a surprise.